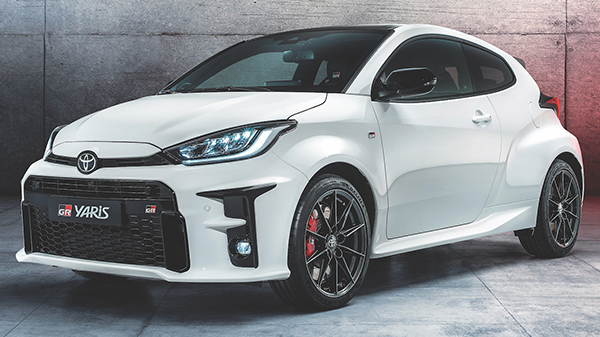 HONDA – A DIFFERENT SLANT ON THE REAR-VIEW

Although it can be ordered today, UK deliveries of the cutesy, all-electric Honda e will not commence until June and customers will have a choice of the standard e and Advance higher trim levels. The Honda e is a complete departure from the design fussiness of other Honda motorcars, possessing taut and simple lines, with a circular lighting signature at either end, the multiple-LED lamps providing several illumination functions from single left and right-hand units. The cabin architecture is similarly single-minded, Honda adopting an ultra-modern ‘at home’ convenience and comfort standard that starts with a full-width digital dashboard display and several lounge-like details.

However, it is the manner by which the Honda e manages its rear-view vision that is presently unique and radical, when compared with even the most technologically advanced models from other carmakers. For a start, there are no conventional exterior door mirrors. For a number of years, car manufacturers have teased with their use of exterior cameras as replacements for regular mirrors. Honda has removed them completely, along with the potential for them to be damaged in car parks, replacing them with tiny, high-definition cameras in small housings that also carry a repeater indicator. At either end of the main dashboard display is a 6.0-inch colour screen that relays an at-a-glance image of what is happening alongside, left/right and behind the car. It is supported by a centrally located rear-view mirror that can be switched readily between an exterior wide-angle, or conventional rearwards view. Honda is definitely looking back, while taking a vital view of the future.

There exists a codicil in vehicle manufacturing legislation known as ‘homologation’. Ferrari made it famous in the mid-1960s, with the ‘Omologato’ versions of its 250GT(O) model. Ford achieved a similar result with its Escort Mexico, just as Renault Sport has done for the Clio and Megane models in recent times but any carmaker intending to go racing, or rallying, must homologate a specific number of road-going versions of the model with which it competes. Toyota is contesting the World Rally Championship. Its homologation model of two years ago was the Yaris GRMN, which, in road form, featured a punchy 1.8-litre, 212bhp supercharged petrol engine, driving the front wheels through a ‘flat-shift’ 6 speed manual transmission, with a Torsen mechanical differential. Only 100 examples were sold in the UK.

That car has now been superseded by the latest Yaris GR, which is even more focused. It is powered by a 1,618cc, three-cylinder, turbo-petrol engine that develops a heady 257bhp, will crack the 0-60mph sprint in a cool 5.2s, reaching an electronically restricted top speed of 143mph. It now features 4WD, which means that it is even more closely related to the rally car, and two electronic Torsen differentials. Large 356mm diameter vented and radially slotted front disc brakes are clamped by four-pot callipers, while forged (not cast) 18.0-inch diameter alloy wheels fill the wheel-arches. Although developed by former WRC Champion, Tommi Makinen and his Gazoo Racing team in Finland, the car is small volume produced in Japan and will be on sale this summer, priced at around £40,000.

Renowned for the unbeatable traction and stability of its Symmetrical All Wheel Drive system, Subaru models (notably XV and Forester) have also been ridiculed for their uncompetitive fuel returns, especially now the company has shelved its ‘boxer’ diesel option. Even so, the horizontally opposed four-cylinder layout is as intrinsic to Subaru, as it is to Porsche, but it is not a frugal engine. Being non-turbocharged petrol, XV e-Boxer’s power (147bhp) and torque (143lbs ft) are only modest figures, with CO2 emitted at a rate of 149g/km and petrol consumed at 35.7mpg (WLTP Combined). Its top speed is given as 120mph, with 0-60mph in 10.4s. While the US market has locally built plug-in hybrid versions, perhaps it is the low volume expectations of the UK market that restrict our availability to the mild hybrid alternative.

Although I welcome electrification in the otherwise immensely acceptable Subaru XV (and Forester), a toe-dipping exercise that provides ‘stop-start’ technology, a mild power boost and brake energy recovery is plainly inadequate. However, it is usefully imperceptive in action, the engine cutting, harvesting energy and re-engaging smoothly. Yet, its EV-only range is less than one mile, keeping speed below 25mph. Unusually, the electric motor is built into the CVT transmission housing, to maintain a low centre of gravity, while the 13.5kWh lithium-ion battery pack is located above the rear axle, which assists weight distribution. The e Boxer carries a £3,000 premium over the standard model, which is not a figure that can be recovered as readily as its brake energy can be. The US produced plug-in hybrid alternative is much-needed, as the UK e-Boxer is just a sop, not even a viable halfway house, as technically interesting as it might be.

Connectivity is the current buzzword around the entire motor industry but the new Defender now leads the market, with its dual-modem, dual-eSIM technology. For a class of vehicle that will find itself in outlying parts of the world, frequently many miles off the beaten track, the Defender boasts not one but two Qualcomm® SnapdragonTM 820Am Automotive Platforms, each with an integrated Snapdragon X12 modem. Its integrated and ‘always-on’ hardware can download ‘software-over-the-air’ (SOTA) updates, without annoying interruptions, all the while streaming music and apps through a Pivi-Pro infotainment system, which is sure to keep keypad tappers in critical form. The 16 electronic modules can be updated anywhere in the world, by CloudCar technology (another ‘first’ for the company that is sure to please adventurers) that provides personalisation, up-to-the-minute content and other services besides.

Unsurprisingly, as more SOTA modules come online, by the end of 2021, access to over 45 alternatives should become available. This is in addition to a comprehensive suite of driver support systems (developed mostly by Bosch) that include the 3D surround camera system that aids a driver’s off-road progress. A 10.0-inch, high-resolution touchscreen allows users to control all aspects of the vehicle with the same processing hardware as the latest smartphones. In addition, customers can connect two mobile devices to the head unit simultaneously, using Bluetooth, so the driver and one passenger can enjoy hands-free, digital functionality at the same time, without a need to swap connections; a divorce avoidance procedure, if ever there were one! It is suggested by Land Rover (naturally) that its operation is not dissimilar to that of the human brain, with one aspect looking after logic, while the other caters for creative tasks. Be still my beating heart!