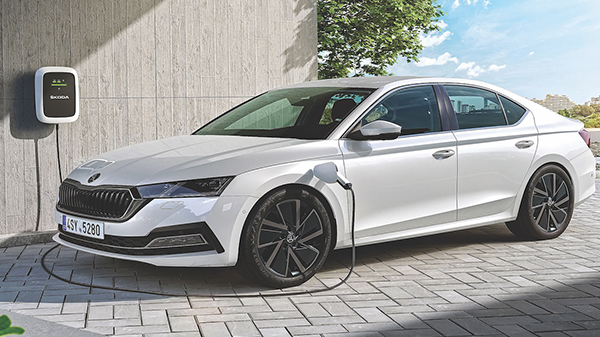 Having ditched diesel (only 3% of its UK sales) and dropped both Celerio and Baleno models from its line-up, Suzuki Cars had to swallow a downturn in 2019’s sales figures, while 48v hybrid versions of Vitara were built at its Hungarian plant. The excellent 109bhp 1.0-litre, three-cylinder engine has also been phased out, unable to meet the 2021 emissions target of less than 95g/km CO2. The former 1.4-litre, 140bhp, four-cylinder ‘K14C’ Boosterjet engine has been much respected for its zesty performance, rapid warm-up times and overall efficiency.

A re-designated, replacement K14D unit employs a much- enhanced version of the SHVS (Smart Hybrid Vehicle by Suzuki) 12v hybrid technology that continues to be used in all manual transmission Ignis and all Swift models (both 1.2-litre) from this summer. Its lithium-ion 48v capacity enables both torque fill and acceleration boost facilities that the 12v alternative simply cannot provide. In the Vitara, this also translates into punchy acceleration (0-60mph in 9.2s) and, in popular front-driven form, a significant reduction (from 146g/km to 128g/km) in CO2 emissions and marked increase in fuel economy (from 43.1 to 49.7mpg). A belt-driven integrated start generator (ISG) assists the petrol engine with a substantial 173.3lbs ft of torque between 2,000 and 3,000rpm. Renowned for its lightweight and compact design, the 48v (10kW) battery is located below the front passenger seat, with the DC-DC converter (with cooling fan) below the driver’s seat. A traditional 12v battery is in the engine compartment, which is charged by the 48v system and the ISG. Greater efficiency arises from electric engine idling, when the clutch is disengaged. Reapplying throttle results in no engine restart delay.

How times change. Skoda, once the poor Czech charge of the grander VW Group, has finally earned the right to parity with its parent, not just on price but more importantly in technological advancement. The latest Octavia range, doyen of several nations’ taxi ranks, is now in a race to lead its class. While an all-new, reconfigurable, 10.25-inch digital dashboard that uses VW’s base technology enhanced by Skoda, for its applications, which it also names as ‘Virtual Cockpit’, can also allow full-colour HUD displays to be projected into the lower segment of the windscreen, it is the lack of gear lever in the centre console of models specified with the popular DSG transmission that highlights the Czech carmaker’s move up the tech charts and surprises first-time users.

In its place is a simple but high-quality rocker switch that demands little more than a fore and aft motion to swap ratios (if selected manually, which can also be carried out using the steering wheel located paddles, which are now regarded as ‘conventional’), or to move from an electronic ‘Park’ position to ‘Drive/Sport’ settings. The transmission mechanism is now a ‘shift-by-wire’ type, which has no mechanical connection to the gearbox. Each manual operation of the rocker switch is accompanied by a fluid ‘click’, which imparts an impression of high- tech quality. From a design viewpoint, the shifter can be placed wherever it needs to be. The comprehensively revised range of Octavia models includes petrol (1.0, 1.5 and 2.0-litre) and ‘clean’ diesel (2.0-litre) engines, with mild hybrid (1.0 and 1.5-litre e-Tec) and plug-in hybrid (1.4-litre) alternatives, as a pre-emptive step towards full electrification.

The e-Bulli is an all-electric vehicle that is powered by VW’s I.D.3 drive system (featured in the previous issue). Based on a T1 Samba Bus (nicknamed: ‘Bulli’) produced in 1966 but restored comprehensively in Germany, it is a publicity generating machine, not just for VW’s broader entry to the EV car scene but also its future in the light van market. The Samba had spent half a century on the roads of California, which meant it was tired but dry and almost rot- free. Powered originally by a 1.5-litre, 41bhp ‘boxer’ engine, as fitted to millions of original VW Beetles, the oily old rattler has been replaced by an 80bhp VW electric power unit that develops twice the torque. The old van’s substructure needed to be strengthened to cope with the extra urge and to accommodate the new drivetrain. In terms of performance, e-Bulli can reach an electronically restricted top speed of 80mph; the original would barely top 65mph.

Located beneath eBulli’s wood-trimmed new floor, a 45kWh lithium-ion battery supplies the electric motor with its power. Customised for the e Bulli by eClassics, a Renningen-based EV converter, a power electronics system in the back of the vehicle controls the high-voltage energy flow between the electric motor and the battery and, in the process, converts the stored direct current (DC) into alternating current (AC). In addition, the on-board electronics are supplied with 12 volts via a DC/DC converter. Charging to 80% power in 40 minutes is feasible at fast-charging points and the combined charging system can be carried out using either alternating, or direct current. Its projected maximum range is around 125-miles. Although a one-off, replicas can be created, if you have the time and money to do so.

The very essence of traditional British sportscar manufacturing has been carried out in the Malvern Hills for the past 111 years. Morgan is as eclectic as any car company can be. Its resolute stance has ensured full order books and up to a two year waiting list, even when the rest of the car market is in disarray. Yet, new owners of the formerly family-owned business are introducing changes. They are daring to drag the ‘old style’ sportscar into the modern world, knowing that customer resistance could be around the next corner. Craftsman built, often by members of local families through the decades, the former ash wood chassis, with its laminated curves and tenon joints, is being replaced by an advanced all-aluminium structure that features riveted and bonded sections, in a major effort to reduce torsional twist and improve handling dynamics. The development is known as CX generation and it also allows greater cockpit space, which broadens accessibility to more Morgan customers. However, Morgan is not departing its long-standing and sustainable image entirely, as the cockpit area of its latest Plus Four models will still be formed from ash, with exterior aluminium and interior leather panels attached as before. It does seem as though some traditions are best left unaltered. Now suspended by double wishbones, the Plus Four model’s handling matches the 150mph/0-60mph in 5.0s potential of its BMW 2.0-litre turbo-petrol engine, which develops up to 255bhp/295lbs ft, driving through a choice of 6-speed manual, or 8-speed automatic transmissions, while returning up to 40mpg and emitting around 159g/km CO2. It is priced from £62,995.