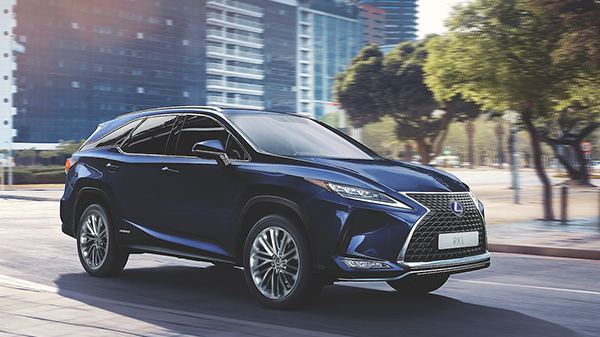 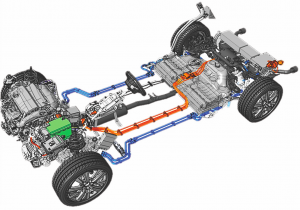 Since Vauxhall (and its German sister, Opel) were subsumed into the French PSA Group, it was anticipated that the originality we have come to expect from the former GM dependent would be lost forever. However, those wily characters at the division’s German engineering base have managed to incorporate an intelligent 4×4 system within the Peugeot 3008 platform used for the Grandland X model. Where the French donor relies on clever electronics from Bosch for its traction and anti-slip front-wheel drive control, Vauxhall will introduce a space and weight-saving electric motor on its model’s rear axle that will drive the rear wheels electronically on-demand. The new car is scheduled for introduction to the new car scene in August. Intriguingly, there is no power- sapping and heavy propshaft running down the Grandland X’s mid-line, which also means that cabin space remains uncompromised. Clever Vauxhall/Opel. Less mechanical hardware also equates conveniently into lower maintenance bills and less demand on technician training, although their understanding of vehicle electronics must continue to grow apace with the arrival on the same model of plug-in hybrid electric vehicle status. With a promised 49g/km CO2 emissions and a combined 300bhp petrol engine and 13.2kWh Li-ion battery pack, its performance package is pretty hot too. 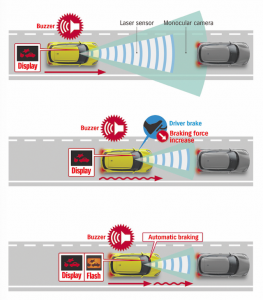 While brake assist technology, a semi-autonomous driving aid, is not new, it has been described variously as one of the greatest contributions to driver safety and Nissan was in the forefront of its development. In fact, by adopting a ‘greater good’ policy with the release of technical information (much as Volvo did with its three-point safety-belt developments), an ADAS intelligent brake assist is now available on an increasing number of vehicles, including light commercials and trucks. In essence a three-stage system, developed in Japan, as a result of a desire to reduce the 29% most frequent tail-end type of collisions in that country, a laser radar sensor detects both distance to a preceding vehicle and its relative speed differential. The first stage issues both a visual and audible warning to the driver, giving time to take evasive action. Stage two, in the event of an unavoidable clash, the vehicle’s brakes are activated automatically, without driver intervention, to shave off speed and reduce potential damage. The third stage is a relatively new development that involves aspects of artificial intelligence, as the car’s braking system pre- energises to ready the brakes for instantaneous response by the driver, while the seatbelts are tightened around occupants as a means to mitigate injuries should a crash result. In its ultimate form, as Volvo has shown on its latest models, an autonomous steering correction can also be made to avoid any clashes, which almost removes the driver from the equation completely. 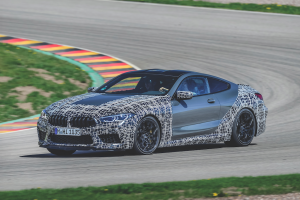 For many years, German carmaker BMW has endeavoured to live up to its much-vaunted status as ‘The Ultimate Driving Machine’. The majority of its ‘M’ designated models have incorporated a number of driver configurable aspects, most of which have been centred on a blend of throttle responses, automated gear change timings and suspension settings. However, for its latest M8 model, being able to alter brake settings is an entirely new prospect. The brake-by-wire system brings together brake activation, brake servo and braking control functions within a single compact module. It is said to reduce the total system weight by around 2kgs and employs a vacuum-free brake servo to enhance the overall efficiency of the system. The brake pressure required is managed by an electric actuator, which enhances speed of reaction, while improving any interventions by the car’s stability control system. A fascinating side benefit is that the haptic feedback telegraphed to the driver’s feet is not just intuitive but introduces enhanced dynamics and a level of ‘feel’ unheard of outside a formula racing car. Precise metering of braking power is available at all times, regardless of road surface imperfections, the amount of lateral acceleration (such as when power-sliding), climatic conditions, or higher brake temperatures. In addition, the driver can determine one of two levels of sensitivity through either Comfort, or Sport selections, the former being closer to the current norm, while the latter is enhanced for track days. The system is available for both standard M compound brakes and the optional carbon-ceramic alternatives. 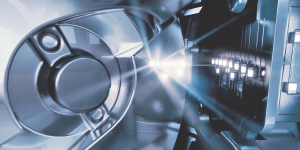 Endeavouring to innovate is part of the Lexus remit. The luxury arm of Toyota was among the pioneers employing LEDs for vehicle headlights and the forthcoming new RX SUV model introduces another new form of illumination technology in BladeScan. It operates by shining light from the LEDs onto a pair of compact, blade-shaped mirrors that are rotating at very high speed, before it is transferred onto a lens, to illuminate the road ahead. The resultant wide-spread illumination is controlled precisely by synchronising the spinning of the blade mirrors, although, because they spin at over 900rpm, it is virtually impossible for the human eye to see them working as described and they do not introduce ‘flicker’, which can be equally distracting. The system also works as an adaptive type, which means that glare levels are reduced significantly and, even if there are vehicles ahead, sensors will detect their outlines and shut off individual LED elements to avoid it. However, the total spread of unobstructed light has been optimised both forwards and laterally and, as a measure of their improved performance, nocturnal pedestrian recognition has been enhanced from around 32 yards to 56 yards with the BladeScan system. It is also said to react better in difficult conditions, such as low-lying fog and mist. As Lexus possesses a sound reputation for model durability, we have to presume that the system will operate long after the car’s warranty period has expired.