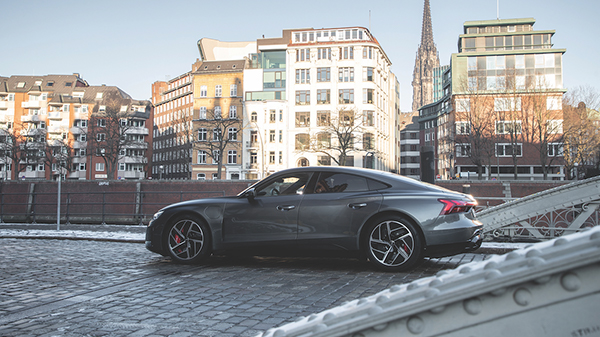 Clearly, the mighty Hyundai Motor Corporation has taken a hint from European manufacturers, when selecting the transmission options for its first sporty SUV – the Kona N. Based internally on the manual gearbox, the Dual Clutch Transmission (DCT) gives the convenience of a traditional ‘automatic’ but with lower cost, fewer complications, and faster ratio changes.

While aftermarket technicians are more familiar with the Volkswagen Group’s DSG, Hyundai has developed its own
DCT. The original Hyundai Transys 7-speed DCT possessed dry clutches but a wet clutch eight-speed version featured in high- torque models, such as the Santa-Fe 2.2-litre diesel. This latter unit has been refined further for the 280PS 2.0-litre GDI turbo petrol engine that powers the forthcoming Kona N.

The main differences involve revised gearing and differential ratios, plus a different ECU that promotes even faster changes between ratios. Electronic management also provides extra features for the driver, possibly one who would like to imagine that he/she is driving a racing thoroughbred and not an SUV. The resultant ‘N Power Shift’, ‘N Grin Shift’ and ‘N Track Sense Shift’ modes manage both shifting and engine output algorithms, according to driver mood. Perhaps more interesting is the ability to disable the ‘creep’ function, a hangover from traditional epicyclical-geared automatics.

Hyundai emphasises the extensive durability trials, held at its dedicated testing centre at the Nürburgring-Nordschleife, where the N DCT was subjected to 1,350 endurance laps during the development phase. Crucial to mechanical longevity is effective clutch cooling and the N DCT boasts
a dedicated high-flow, electrically-powered oil pump that lubricates the gears and transfers heat from the clutch packs. The second pump provides the low-flow but high-pressure facility to an internal accumulator that activates the gear shifts. Hyundai emphasises that this twin oil pump layout increases the DCT’s maximum torque limits and prevents clutch pack overheating during hard driving.

We thought it an April Fool when Ford announced a ‘smart mirror’ on the 1st April that allows a commercial vehicle driver to see through metal. Far from being a joke, the system is a valuable safety aid, when a vehicle possesses either windowless rear doors, or a solid bulkhead behind the seats. Yet, passenger cars have featured high-definition screen rearview mirrors before, including the Cadillac CT6 and various Range Rovers.

The Full Display Interior Mirror works by displaying a live feed from a camera that is mounted to the cab’s rear. It features automatic brightness control (i.e. self-dipping) for optimum visibility in day and nighttime conditions. The mirror unit itself is located in the centre of the windscreen and Ford claims that it offers a field of view that is twice the width of a conventional reflective rearview mirror.

While Ford highlights that the system helps drivers to spot cyclists, pedestrians and other vehicles that may be behind them, it thinks the system will be especially beneficial for delivery drivers that make frequent drop-offs in cities, where they are more likely to encounter these more exposed road users.

Ford is not the only company offering such a feature on new vans: it has been available on certain Mercedes LCVs
since October 2020. Yet, Ford says that any of its franchised dealerships can supply and retrofit a Full Display Interior Mirror to a post-2013 Transit and any Transit Custom, built from 2012. Yet, we hope that the price is not an April Fool. Retailing close to £645, which Ford could not confirm includes fitting at the time of writing, it has to be considered that aftermarket alternatives are on the market for considerably less money.

Realising that it takes considerable mileages to offset the high carbon dioxide levels that EVs produce at their manufacturing stages, vehicle manufacturers seek to reduce CO2 at assembly and from their suppliers, wherever possible. The optional-fit 20-inch wheels of the e-tron GT might not look very special but they are the fruit of Audi’s 2018 initiative to decarbonise its supply chain.

Aluminium production is a headache for carmakers because its production is immensely energy and CO2 intensive. Yet, the Canadian company, ELYSIS, produces aluminium by a unique process that it claims is disrupting the industry. As the smelting process releases oxygen instead of carbon dioxide, it causes no direct CO2 emissions, when compared to traditional aluminium production.

The 20-inch wheels use some of this aluminium, mixed with low-carbon aluminium, produced by Alcoa, a company that claims to have invented the aluminium industry in 1888. These raw materials are supplied to RONAL of Germany, which manufacturers the wheel. The Ronal Group, incidentally, is pioneering low-CO2 alloy wheel production, having produced the first carbon dioxide neutral alloy wheel at the end of last year. Audi, Alcoa and the Ronal Group are members of the Aluminium Stewardship Initiative (ASI). At the beginning of 2021, Audi was the first car manufacturer to receive the ‘Chain of Custody’ certificate from the ASI, which certifies that the company works with aluminium that is produced in a sustainable way, taking not only ecological but also business ethics and social aspects into account.

Honda’s virtual mirror is similar to Ford’s Full Display Interior Mirror, except a camera is mounted to each front door, which feeds live footage to six-inch screens that are positioned either end of the fascia. It seems to be a completely illogical exercise to do this, but it makes more sense for an Electric Vehicle (EV) application. The diminutive camera unit is protected by a compact housing (which also incorporates the side repeater lamp), mounted to each front door skin, meaning that it is less likely to get smashed in a careless car park knock, compared to a reflective glass pane. It also negates the expense and weight of folding mirrors.

The smaller housings are also more aerodynamic, reducing drag for the whole car by almost 4%, which drains the all- important range. Of more relevance is that EV drivers are more sensitive to wind noise because no combustion engine-related waves help to disguise the din.

As the driver can select between standard and wider angle views, Honda claims that the Side Camera Mirror System cuts blind spots by half. As the tiny camera lens features a water repellent coating, reflection from droplets is less likely to cause dazzle as it would do on conventional glass mirrors. In low- light conditions, the screen can auto-dip part of the image, instead of the whole thing, by adapting its contrast settings. While conventional electric-adjusting mirrors can index themselves towards the floor, the Side Camera Mirror System combines the reversing camera function, by selecting the image area closest to the ground and adding guidelines, when the driver engages reverse gear.