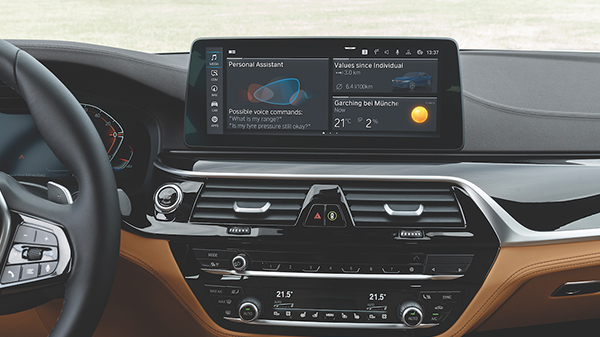 By autotech-nath on February 8, 2021
Article

Electric power steering (EPS), defined by an assistance motor mounted on either the column, or rack, has played a significant role in reducing emissions and manufacturing costs, as well as allowing carmakers to evolve their autonomous systems.

While ‘Steering Assist’ would not have been feasible without EPS, Park Assist utilises the same hardware. It works using a series of ultrasonic distance sensors and cameras (in some cases) to assess the area, prior to reverse-parking with no driver input. However, most systems rely on the driver sitting within the cabin to control the pedals. Since the UK’s Highway Code was updated in June 2018, drivers can park their car legally from outside the car, provided that they remain within a six metre radius.

While this technology featured initially on some very high-end models, it is filtering down to non-premium brands. While the Touareg’s price tag is hardly commensurate with Volkswagen’s original ‘people’s car’ mantra, it is inevitable that Park Assist will feature on less expensive models over time. Within the Touareg, the driver operates the system, by selecting a parking space on the dashboard touchscreen. The display provides ‘Park Assist’, or ‘Park Assist with Remote Control’ options. Should the driver make the latter selection, he/she can alight from the vehicle with the key fob. The parking manoevre is then controlled via the mobile phone app, which is compatible with Apple iPhone (from 6s and iOS 13), although Volkswagen emphasises that the owner has to keep a finger on the ‘Drive’ icon in the ‘phone touchscreen for safety reasons.

While some readers might question the wisdom of such systems, Volkswagen insists that it is perfectly safe and secure. Additionally, with mobile phone technology advancing at a relatively fast pace, it will be interesting to see not only how quickly but also for how long carmakers will be willing to update such features.

It is quite illogical that some customers believe that a £9.99 eBay
EOBD dongle can beat the advanced diagnostic equipment and
data library that represent a considerable investment to the typical
aftermarket garage. The situation could get worse. Customers could
approach you, claiming that their mobile ‘phone, or tablet, has
‘diagnosed’ the issue for them and that, should you disagree, you
either do not know what you are talking about, or you risk being
accused of trying to ‘pull the wool’. It seems crazy, but interesting
nonetheless, that ŠKODA Auto After Sales and ŠKODA Auto DigiLab
are introducing a Sound Analyser mobile ‘phone app, which can
record vehicle noise and compare them with ‘healthy’ pre-stored
sounds on its database. Should it uncover any discrepancies between the files, the app’s algorithm will diagnose the issue and suggest solutions.

It is no joke. According to Škoda, the aftersales departments of 245 dealers in 14 countries are trialling the Sound Analyser App currently, with the aim of reducing workshop time and bolstering customer satisfaction. The current version not only works with engine faults but also those that afflict the air conditioning compressor and DSG gearbox clutches. Škoda boasts that the app has a >90% accuracy record.

Quite why a major OEM desires to reduce the profitability of main dealer workshops, who struggle to make a living on new cars sales alone, seems a strange decision. Furthermore, why introduce the app separately from its dealer-level diagnostics platform? More importantly, how effective is it in real-life? While Autotechnician has not trialled it, you might wish to see if it works in your aftermarket environment, by downloading the ‘app from here: : http://bit.ly/3mIsz3c.

With so many manufacturers racing to electrify their models, Hyundai’s Electric-Global Modular Platform (E-GMP) shows that the company is serious with its ambitions to sell one million battery electric vehicles (BEVs) by 2025. These will include the obligatory SUVs, cross-overs and saloons, as well as a high-performance model, with a 0-60mph acceleration potential of under 3.5 seconds.

Understandably, the quest for lightness is ongoing, with less weighty batteries installed as low as possible within the structure to optimise handling. All E-GMP-developed cars use the same basic battery module, fitted with differing numbers of pouch-tyre cells, dependent on the model.

Aside from a 400 volts version, an 800 volts alternative with a 300 miles’ range can be fast-charged to an 80% capacity in under 20 minutes, and give a 60 miles range boost within five minutes, when used with a 350kW charging network. These claims are not especially impressive, incidentally. Still, Hyundai is a strategic partner in the IONITY fast-charging network, which is looking to grow by 25% within the next twelve months. IONITY, whose other partners include BMW, Daimler, Ford and the Volkswagen Group attracted attention in early 2020, for increasing its charging prices by 500%, making EV per-mile costs far more expensive than that of a petrol gas-guzzler.

The E-GMP offers several world-firsts. Two-way charging means that the car can be used as a power source to either charge another BEV, or operate mains-powered electrical equipment, rated up to 220 volts and 16 amps. Additionally, the running gear comprises the motor, transmission reduction gear and inverter within a single module. Whether, or not, this complicates repairs is unclear, although Hyundai insists that it improves reliability.

While mainly rear-driven, all-wheel-drive versions possess an extra front-axle motor, the power delivery to which can be altered to optimise grip, performance, or energy consumption. The driveshafts, uniquely, combine the wheel-bearings that cuts weight by 10% and increases shaft stiffness by 55%.

The first car that will introduce the E-GMP to the British market is the Ioniq 5, available later in 2021.

The modern age has seen drivers and owners become decreasingly aware (and often, less sympathetic) about the technology that makes their vehicle move, stop and steer. This has been replaced by a greater interest in the more superficial ‘driver-focussed digital experience’, to which manufacturers have been eager to pander. This digital tech is extending its reach into and beyond the workshop, too…

Like Škoda’s Sound Analyser, BMW’s Remote Software Upgrades do not apply solely to one model but shows how another respected OEM is pushing its digital strategy. Software upgrades are nothing new but performing them wirelessly, rather than via the physical EOBD port, is a newer phenomenon. The sceptical reader might argue that this is part of a plan to reduce the EOBD’s relevance and persuade legislators that it is no longer needed – potentially locking-out the independent repair shop. It is a genuine worry, as the IAAF (for example) attests.

While BMW’s Remote Software Update is not novel, the latest upgrade (to version 07/20 of the BMW Operating System 7) is noteworthy, because it is the largest of its type ever undertaken by a European carmaker, affecting over 3⁄4 of a million cars globally.

The software includes updates to BMW Maps, the cloud-based navigation system, and adds Google Android Auto that permits drivers to use their smartphone apps via wireless communication on the infotainment system. Apple Maps navigation information is also enhanced, as is BMW’s version of Amazon’s Alexa, the ‘Intelligent Personal Assistant’, which will include new commands wihtin its repertoire. The Connected Parking function seeks-out free spaces and the Connected Charging feature helps drivers of Plug-In Hybrids (PHEVs) and BEVs to identify the location, opening hours, providers and availably of public charging points.

eDrive Zones is a new and unique service, which not only assist a BMW PHEV driver to drive in, what the carmaker calls ‘a more environmentally conscious manner’ but it also influences the drive system. It does so, by switching to electric drive automatically, when it recognises when the car enters one of Europe’s 90 eDrive urban zones.