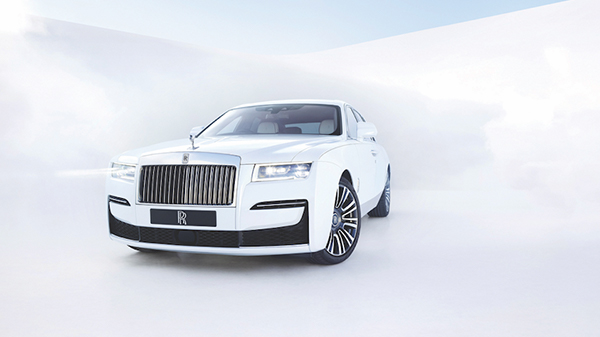 By autotech-nath on November 8, 2020
Article

Introduced by Hyundai five years ago, semi-autonomous steering, which could be most annoying to drivers unfamiliar with its ‘steering-nudge’ cues, worked in conjunction with exterior sensors, which ‘read’ road marker lines and issued both audible and visual warnings, as well as the ‘nudge’, to avoid straying out of a lane, unless the appropriate direction indicator was selected. For the latest revised Kona model, both electronic steering and brake technology have been advanced to a level even closer to full autonomy. While the laws related to the latter have yet to be ratified,

Hyundai is introducing the AI-influenced tech through several aspects of ADAS. Blind Spot Collision Avoidance Assist (BCA) engages both the brakes and counter-steering, should another vehicle appear within the ‘blind spot’ but the unsighted driver attempts a lane change. Forward Collision Avoidance Assist (FCA) can also incorporate an optional camera, which increases the range of obstacle detection and is no longer good weather dependent. Should the system detect a potential collision, it applies the brakes firmly, as the car is steered away from it, which is a first for Hyundai. As aspects of a growing suite of ADAS features that are targeted at meeting full autonomy in a few years’ time, one of the more intriguing developments is Safe Exit Warning (SEW), which will inhibit a passenger exiting the Kona, when it is not safe to do so, by disabling the door release, which will be a relief to members of the two-wheeled fraternity that often insist on squeezing past vehicles on their blind sides. How dependable the sensors will remain is the $64,000 question.

BMW should be applauded for its commitment to the sometime ‘Englishness’ of its Rolls-Royce motorcars. While some of the renowned ‘magic carpet ride’ can be attributed historically to Citroën (RR having used developments of the French company’s oleo-pneumatic suspension spheres for many years), its latest development for the all-new Ghost is more scientifically based. Known as Planar Suspension System, it is named after a flat and level geometric plane and is the result of an exhaustive, ten years’ development period, to create a sense of ‘flight on land’ never before achieved in a car.

In essence, an additional upper wishbone damper unit is located above the front suspension assembly, its activities controlled by forward reading cameras that monitor the road surface and prepare the system for any changes in it. The controlling planar software is also assisted by the car’s sat-nav system (a BMW development, already available on the new 7-Series, being readied for broader range use in the future era of autonomous motoring). The continuously variable, electronically controlled dampers, already fitted to the high-volume air suspension struts, provide the mechanical functions as usual, the new upper damper serves to refine ride and stability qualities that Rolls-Royce now believes to be the world’s best, which remains true to the ethos of Sir Henry Royce, to take the best and make it better.

As pointless as its ‘i-cockpit’ is, with its teensy steering-wheel-in-the-driver’s-lap and reverse sweep speedo and rev-counter needles, it is mildly gratifying to note that the latest version of the 3008 SUV has inherited night driving safety technology introduced by tech-master Mercedes-Benz more than a decade ago. ‘Night Vision’ makes use of a front-mounted infra-red camera that can detect pedestrians, animals and objects located more than 200m beyond the reach of the headlamps on full beam. It displays them on the 12.3-inch programmable LED screen ahead of the driver…the same screen that can also display four different styles of presentation, including the ‘unconventional’ digital dials. As a means to avoid ‘roadkill’ and demonstrate a fuller extent of digital dashboard technology, it is to be applauded and welcomed. However, of slightly greater interest is more flexible use of LED frontal lighting technology, by the introduction of ‘fog mode’.

While LED headlamps are purported to be more efficient and longer lasting than conventional filament bulbs, they also carry a high price replacement premium. Thus, reducing the number of LED elements, by removing the lower damage-prone separate foglamps and introducing a lower intensity but more focused fog-lamp function, within the ‘normal’ headlamp units that works as soon as the high-intensity rear foglamp switch is activated, shows that Peugeot is considering finally proper consolidation of its lighting technology. The new ‘frameless’ front grille does mean a loss of the familiar Peugeot ‘face’ but that is a small price to pay for the safety gains.

As the world’s oldest carmaker, Daimler- Benz has seldom disappointed with its market-leading developments for over 130 years. The latest S-Class has exceeded on all expectations and, apart from an innovative automatic side-impact mitigation system that raises the car by 8cm to reduce potential damage, or the first application of Mahle’s latest and most effective cabin air filtration system, it is the use of camera technology both inside and outside the new S-Class that is not merely innovative but is sure to impact on future technical advancements across the entire motor industry. While digital touchscreens are not new, Merc employs no less than five (only three in UK-spec models) in its new luxury car, some with OLED technology. However, at the touch of a solitary button, a new 3D driver display employs spatial perception by using eye-tracking technology for the first time in a vehicle. This feeds into the enlarged head-up display to provide additional information that can be projected in 3D virtual reality form onto the virtual road surface ahead. Changing speed restrictions are an ideal example of flagging-up issues that will affect driver responses. Tiny cameras mounted in the overhead control panel interpret eye, head, hand and even body movements using AI learning algorithm technology and linking them to corresponding vehicle functions. As an example, should the driver turn slightly to take an over-shoulder view, if ‘closed’, the sunblind will open automatically to improve the view. Boasting the highest customer retention of any car sold, the new S-Class serves to underscore Merc’s constant search for both physical and sensual safety advances.