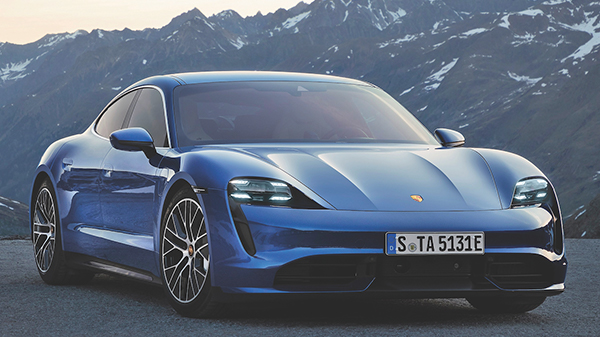 Back in the period, when most cars featured a solid, separate chassis structure beneath their bodies, it was possible to construct almost any style of car. Since the days of unitary construction, where the body and sub-structure are mostly combined, we still seem to cling onto the ‘chassis’ description, even though it is not present in the same way. Instead, platform engineering has taken over. One of the finest exponents of the technology is Volkswagen, which produces upwards of a dozen different makes and models on the same flexible core structure. More recently, Toyota has joined the category and its TNGA (Toyota New Global Architecture) platform sits beneath the markedly different Prius, C-HR and Corolla models in TNGA-C form. With Toyota’s recent cosying- up to Suzuki, the announcement of a new TNGA-B platform intended for small vehicles, hints at a replacement for the Toyota Yaris and, due to its flexibility, perhaps for a new Aygo and even Suzuki Swift and Celerio replacements, with the potential that at least one of these future models may be built in the UK, making better use of Toyota’s Derby production facilities. Naturally, the platform has to provide high levels of dynamic capability, while focusing on weight control and cost-efficiency. Toyota insists that a lower seating position and the ability to alter ride height more readily can result in an intriguing mix of potential, high-quality new models, all sharing the TNGA-B sub-structure that will also be introduced to other plants in its worldwide car making operation.

Ever since Tesla arrived on the EV scene, revised targets have been set for potential contenders but only one, Taycan, is set to make a serious challenge. Porsche says ironically that it is not interested in high performance for its all-electric four- seater luxury model, although it will complete the 0-60mph sprint in around 2.8s, to a top speed of around 161mph. Yet, it is fascinated by being a ‘world-leader’, which it can achieve
on several levels. The first lies with its AC charging; EVs store
Direct Current in their battery packs. Taycan converts 240v/400v
Alternating Current into 800v DC using an on-board charger.
Taycan is the first EV to feature 800v technology. Taycan uses square section copper wiring, known as ‘Hairpin Winding’, which increases the amount of copper used in the wiring of its motor stator, which increases both power and torque capacity, while being easier to cool. Taycan’s lithium-ion battery pack suffers from no ‘memory effect’, allegedly. Taycan provides both over-run deceleration and brake energy recuperation, converting braking energy that might otherwise be wasted into extra charge for the battery pack, although emergency braking relies on its conventional friction braking system. Although Taycan features a four wheel drive system, it can disconnect the front drive, while cruising, to extend its charge range. There are two models, the faster TurboS (range: 256 miles) and a‘normal’Turbo (range: 279 miles). It has a boot capacity of 366-litres, supplemented by a front boot of 81-litres and can recharge from five to 80% in just 23 minutes. The car costs £138,826.

In an issue concentrating on standards, it is important to note that VW Group has recently launched its all-electric ID.3 model. Unlike the German firm’s previous efforts that have used former ICE platform technology, the new ID.3 is purpose-built and designed as an EV from the ground up. Emerging into the glow of an EV dawn, if not a standout design, at least ID.3 is unthreatening and appears to be user-friendly. As the culmination of almost four decades of VW innovation, with the German company squeezing extra fuel economy from its core vehicles, it has definitely not rushed into the EV melee. Yet, the new ID. model lineage is one that will grow organically, incorporating city cars, MPVs and SUVs in coming years. Unveiled at September’s Frankfurt Motor Show, the latest VW is a three model line-up, with a trio of power options and a posted starter price of £30,000 (rising to over £42,000). Yet, with an anticipated battery pack cost of around £6,000 (reducing with volume), the ‘People’s Car’ manufacturer is no longer appealing to a lower common denominator. The entry-level version provides a 45kWh battery and a fully charged range of around 200 miles. A 58kWh alternative is intended to cover around 250miles, while the 77kWh version should reach around 330 miles. Fast charging will enable a range of around 180 miles, within 30 minutes, from a 100kW charger (cable supplied). By the way, you should take those WLTP mileage claims with a bit of a pinch of salt, because 160, 200, 285 and 150 miles are much nearer to the actual ranges (respectively) stated above, before the terror of range anxiety overwhelms the driver.

One of the standard bearers in vehicle lamp design, Audi has raised illumination quality consistently to fresh peaks. While HID ‘Xenon’ gas discharge lamps are a mainstay across its product range, its developments in LED technology have led to dramatic improvements via Matrix LED
groupings (32 LED elements per headlamp unit, designed to last the life of the car) that reduce glare and, in automatic form, avoid blinding oncoming, or followed traffic, by dimming through 64 variable settings. Available on the A8 and TT models, OLED (Organic Light Emitting Diode) technology has been adopted for taillights and Audi is developing its flexibility to relay safety messages in the near future to following vehicles. Audi’s most recent development has been with laser lighting. Recognisable by its blue lens, it doubles the reach of a conventional high beam lamp, demonstrating zero light ‘scatter’ and non-glaring range. Although intended as a spotlight at this stage, Audi is already discussing broader laser adoption. Using a phosphor converter, a pure white light is emitted that possesses a colour temperature of 5,500 Kelvin, which ensures that drivers obtain greater contrast, without
fatigue, a vital factor for nocturnal motoring. The laser units dim automatically, when the windscreen located camera detects other vehicles within their range. It cannot be activated at speeds below 43.5mph (70kph) and offers significant visibility and safety benefits.