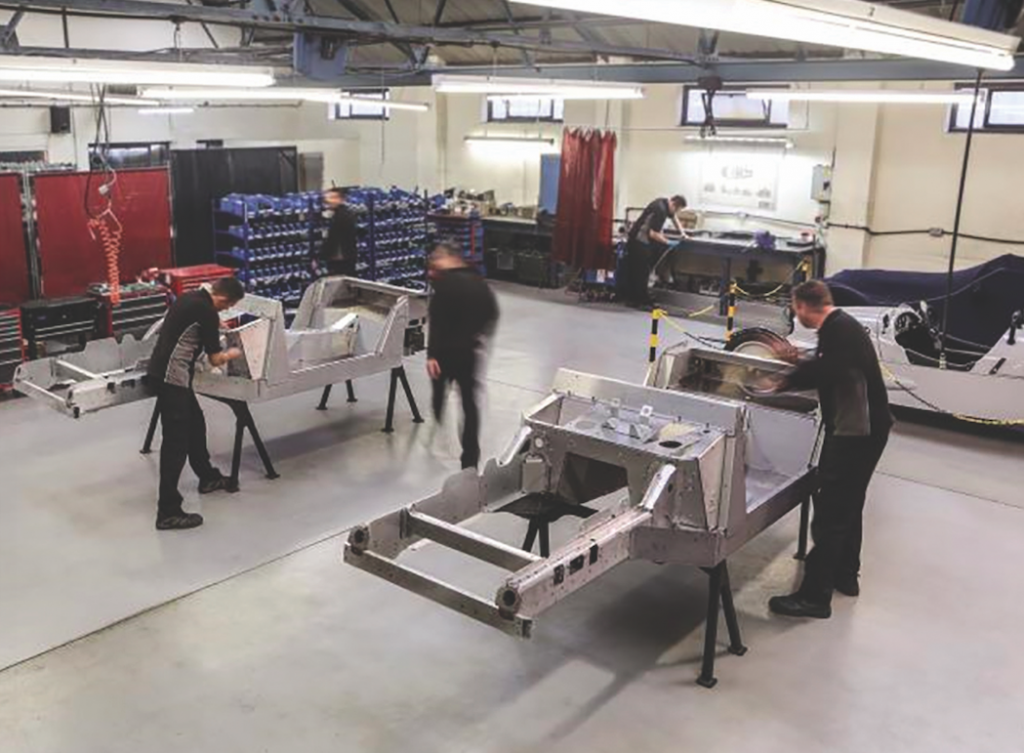 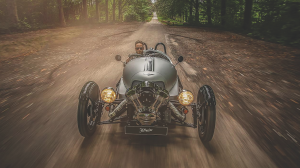 British (well, as British as a Luxembourg-funded carmaker can be) Morgan, which, in some ways, appears to be as old as the Malvern Hills that provide its home, is celebrating 110 years of car production. Having ground its teeth with three-wheeled motorcars, it returned to the format in 2012, with its latest Three-Wheeler model. Powered by an S&S vee-twin, 2.0-litre, 115bhp petrol engine that sits ahead of the front axle line, it drives a single rear wheel through a Mazda- sourced, MX-5, five-speed manual gearbox. With the car weighing just 500kgs, it is provided with a superb power to weight ratio that enables a 0-60mph time of around 4.8s and a top speed of approximately 120mph. The low-slung Three-Wheeler showcases its 1.524m wide and stable front track with surprisingly engaging handling that allows its skinny 175/55×16 single rear tyre to slide (ultimately), rather than topple. Having commenced trading in 1958, as a motorbike engine component manufacturer (mainly for Harley-Davidson), S&S, which stands for Smith and Stankos, its founders’ surnames, moved into manufacturing complete engines at its Wisconsin headquarters. The fully-certified vee-twin engine uses a 56-degree cylinder angle, rather than a more conventional 45-degree configuration and was developed mainly for the custom bike builder market. Morgan is the only carmaker using an S&S power unit. 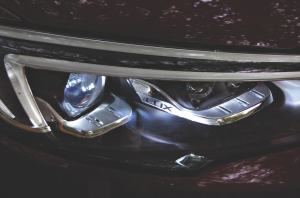 To experience it is to almost comprehend its illuminating performance. Available initially on the Vauxhall Astra model, which featured an LED matrix lighting array of 16 elements per headlamp unit, expanded to 32 elements per side for the larger Vauxhall Insignia, Intellilux is as good as its name. Using ingenious sensors that detect when the possibility of ‘blinding’ oncoming vehicles is prevalent, the array lights-up, or switches-off the individual elements in a bamboozling display of lighting confidence. Approach a vehicle ahead, at night-time obviously, with the headlamps on full-beam setting, and the individual units dip automatically, while still illuminating the areas on either side, which means that road signs, other vehicles and animals are still lit safely. There is no incidental light scatter (allegedly! – Ed) and the broad spread and reach of light on a deserted road is among the best of any LED headlamp set-up fitted to any car. The Intellilux system also works very effectively on country lanes, lighting-up hedgerows, picking-out signs and providing an aspect of corner-lighting too. Of course, there is a price attached to this optional safety device; it costs around £1,010. Just as regular LED units can fail, individual replacements remain unavailable, which means that on-road legality will be compromised and repair and replacement costs will be prohibitive. However, if a show stopping light performance is the end-user’s priority, Intellilux delivers to perfection. The system will be fitted to the forthcoming new Corsa model.

JAGUAR – A PILLAR OF THE AUTOMATIC TRANSMISSION COMMUNITY 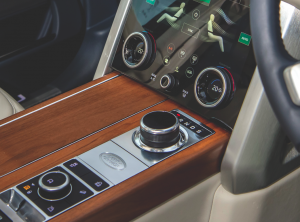 Slip behind the steering wheel of a modern Jaguar, or Land Rover, and you may be amazed at its star turn; the knurled cylinder that erects automatically from the centre console, upon depression of the starter button, with foot depressing the brake pedal, to allow the driver to shift gears from Park to Reverse, Neutral, Drive and Sport. Individual gear ratio selection of the nine-speed automatic gearbox is managed by flipper paddles located behind the cross-spokes of the steering wheel; the left one to downshift, the right to upshift, with an appropriate digital read-out in the instrument pod. The transmission’s default setting is always automatic and, even after using the paddles, after a few moments of non-use, they will revert to automatic selection instead. Erecting the rotary selector is a small motor, which has a reverse operation, when the car is stopped and the engine is switched off. The rest of the transmission is fairly conventional, although shift times in fully-automatic mode are optimised to the point at which they are seamless, even under full-throttle acceleration. In ‘manual’ mode, operating the paddles, the shift times are even quicker, effecting ratio changes as fast as any automated-manual gearbox, although cushioned by the fluidity of the automatic gearbox mechanicals. Nine gears (not including reverse) are considered by Jaguar and Land Rover to be the optimum number to maximise engine efficiency, to provide lower CO2 emissions and greater fuel economy. 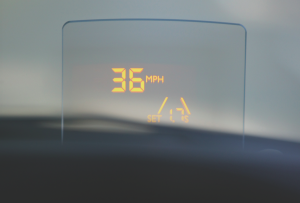 The close parallels that can run between aeronautical and automobile industries can be astonishing at times. Vehicle aerodynamics have been rendered to similar levels of slipperiness by spending hours in purpose-built wind tunnels. The management of electrical and electronic components by CAN-Bus and other advanced technologies, such as ‘drive-by-wire’, all have origins in aero-engineering. However, HUD, or head-up display, while providing some crossover details, such as on-screen projected mapping, share a safety responsibility of keeping a driver’s/pilot’s eyes on what lies ahead, rather than having to dig deeply into the dashboard controls. The first time I saw an HUD system on a Peugeot 3008, it was a showcase of miniaturised technology installed in the otherwise empty space above the main instrument binnacle. A motorised cover slipped back to reveal the emergence of a single angled sliver of Perspex. Projected from a small device located below it, sat-nav directions, speed and gear selection can be read easily off its surface. As it is ‘see-through’, it does not block outward vision and, more importantly, does not demand refocussing by the driver’s eyes to read its contents at a glance. The height of the projection can be tailored to the driver’s line of sight by a separate controller. If the HUD is no longer required, it can lower silently back into the dashboard, the sliding cover ensuring that unrestrained items on the dashboard will not fall into the cavity.