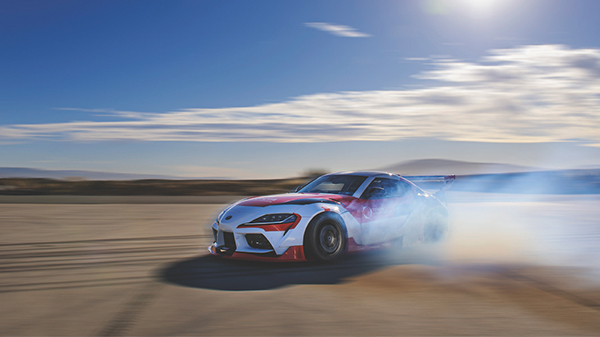 Many people were surprised, when BMW disrupted its conservative big saloon design language, when it introduced the ‘Bangle Butted’ E65 7-series in 2001. The interior attracted controversy too, with ire being directed at physical buttons being replaced with a digital interface, which BMW called iDrive. While the user had to spend considerable efforts learning how to navigate the various menus, the system was a technical masterpiece, boasting the first multiplex MOST Bus/optical fibre data bus system used in a production vehicle. Despite the initial flack, BMW refused to abandon iDrive, preferring gradual evolution. The latest iteration was introduced during March 2021 on the new iX model.

Twenty years since its inception, the centre console rotary dial (the iDrive Controller) remains but the screen is now touch-sensitive and steering-wheel mounted controls permit menu scrolling. More importantly, the voice-activated BMW Intelligent Personal Assistant (IPA) is included, which includes a digital face display. Aside from controlling ancillary functions (such as the infotainment, windows/sunroof and satellite navigation), the IPA can also respond to queries about the car’s operating functions and even reveal the vehicle’s driving history.

Aligning with current industry trends, analogue dials are subsumed by LCD screens and the latest iDrive boasts BMW’s high resolution (200 Pixels Per Inch) curved display. So, should the IPA be summoned by the passenger, the assistant’s image will appear on the passenger side screen section. iDrive is also compatible with BMW ID, which is a personalised settings app- based system that can be transferred between cars equipped with either Version 7 or 8 of BMW’s operating system, the latter of which is the most powerful technology stack that the company has ever developed, processing twice the number of information signals and twenty times more data volumes than before. Version 8 also permits digital services for the navigation, parking and battery charging systems to be integrated via the cloud.

As AT investigated in January, BMW has expanded its wireless software updates and it reports that its Remote Software Upgrade system allows the manufacturer to update every line of software code over the air, the reach of which will cover 2.5 million vehicles by the end of 2021. The iX will also feature 5G mobile phone technology, for the first time in a premium motorcar.

While BMW’s i-Drive will also gather and transmit information from other connected cars about its surroundings, Audi seeks to take advantage of this ‘swarm’ data to anticipate hazards ahead and warn nearby drivers. Since 2017, new Audis have been able to warn each another about localised dangers, using data collected and communicated from their myriad of sensors, including those that detect rain, light, ABS/ESP functionality, tyre pressures and even airbag activation.

Audi seeks to enhance this ‘Car to X’ communication data, by making such information more accurate. It is doing so by partnering with the Scandinavian NIRA Dynamics AB, a market leader in indirect tyre pressure monitoring systems. Local Hazard Information works by each car calculating the friction coefficient between the tyres and the road based on wheel slip, using data collected from a host of sensors (including those that measure vehicle speed, yaw and acceleration) regardless of weather conditions. This data is sent to NIRA Dynamics’s Cloud, then compares it with data from other VW-group vehicles and combines it with third-party data (such as local weather conditions). The car then receives a signal from the cloud about whether, or not, to warn the driver.

Audi reports that the system’s accuracy is reliant on the number of participating cars. The greater number that can transmit data makes it more precise, which is the basic logic behind swarm data and swarm intelligence. Over 1.7 million Volkswagen Group vehicles in Europe contribute to the data already, which the company predicts will expand to over three million during next year. The Local Hazard Information Service is available on all of the group’s brands, from not only Audi but also Bentley, Lamborghini, Porsche, SEAT, Škoda and Volkswagen.

While drifting is a spectacular spectator sport, such demonstrations of car control are frowned-upon on public roads. Yet, Toyota has made a drift car that requires no human driver, arguing that its impressive display of automotive autonomy has a valid real-world safety purpose. In its pursuit of zero casualties from road traffic accidents, Toyota reasons that certain evasive action dictates that the car is taken beyond its normal handling limits.
It cites the example of driving on a slippery road, where it may be more appropriate for a professional driver to drift the car through a bend, a skill that requires deft balancing of brakes, throttle and steering inputs.

Clearly, this is a very different view to that taken by many other manufacturers, especially as ADAS systems are designed to prevent a loss of grip. Yet, the Toyota Research Institute has partnered with the Dynamic Design Laboratory of Stanford University in California to see if safety systems can make use of avoidance techniques that are practised by professional racing drivers.

“Since 2008, our lab has taken inspiration from human race car drivers in designing algorithms that enable automated vehicles to handle the most challenging emergencies. Through this research, we have the opportunity to move these ideas much closer to saving lives on the road”.

The current partnership draws on earlier work with an electrified, self-drifting rear-driven DeLorean DMC12. Toyota’s North American motorsports team (Toyota Racing Development) is also lending its drifting know-how to the project. While the technology has yet to become production-ready, the Toyota Research Institute is applying the system to the GR Supra and is looking not only at future Toyota models but also sharing the system with other manufacturers.

While cabin filters are designed to stop allergens from entering the interior, with carbon-activated types adding odour and fume extraction, it is logical that research has focussed on fighting Covid-19 as well. Developed in cooperation with Freudenberg, Honda has introduced a four-layer cabin filter upgrade that it claims captures a range of allergens, germs and even viruses, including SARS COV-2.

Firstly, the filter’s initial two layers of microfibre material trap ultra-fine dust and pollen from the incoming air stream. Activated carbon makes-up the third layer. The final layer is coated with a fruit extract that deactivates and retains over 90% of viruses, preventing them from being expelled through the cabin vents. Honda claims that proof of its effectiveness has been conducted with the Austrian Research Institute, OFI. Honda says that its premium cabin filter offers one of the best methods of protection, by using a combination of ultra-fine filtration and a virus inactivation function, the latter being performed by the bio-functional layer of an active fruit extract. Available as a Honda genuine part through main dealer parts counters, the filter is an alternative replacement fitment for the manufacturer’s recent models over the standard offering.