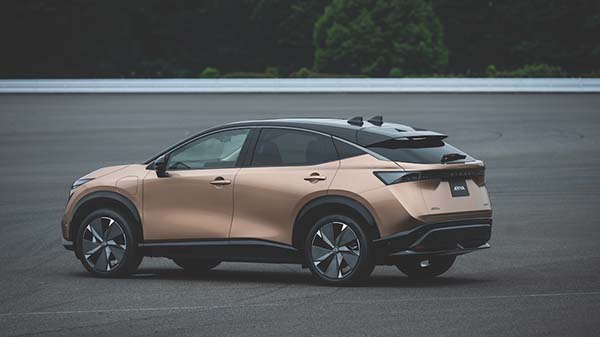 By autotech-nath on November 1, 2021
Article Should you believe the headlines, buyers are clamouring to go electric. Impressively large percentage sales figures tend to be quoted, followed by a statement from a manufacturer/ politician extolling how the Green Revolution will reclaim our green and present land. However, in the less glamorous used car scene, things are not as rosy for electric. While the demand for used electric cars is rising, Battery Electric Vehicle (BEV) prices have yet to find their place. While the market overall is very buoyant, BEVs are losing their value faster than more established technologies including diesel.

One reason for this is concern about battery deterioration, because it is so closely related to vehicle worth. While certain aftermarket developers have established means of checking a battery’s State of Health (SOH) via a mobile ‘phone app, with Leaf Spy being a typical example for interested Nissan owners, it is interesting that a car manufacturer has recognised the problem.

By reassuring buyers of a battery’s remaining capacity, Renault hopes to instil more confidence and accelerate sales of used BEVs, while (possibly paradoxically) enhancing residual values and asking prices. By working with Mobilize, Renault is introducing a ‘Battery Certificate’ application that calculates and displays the remaining battery capacity. The algorithm relies on data from the vehicle’s Battery Management System or, should that be impossible, it assesses the charging and discharging performance. Renault says that these conditions provide an accurate snapshot of the battery’s SOH and the app displays the battery’s current capacity as a percentage of its original capacity. As an example, should the SOH of a 40kWh battery be 94%, the residual capacity is 37.6kWh.

The application is available via the ‘MY Renault’ portal for private customers and ‘EASY CONNECT’ for fleet drivers.

The certificate is available for the Renault Zoe, Kangoo and Twingo E-Tech models. The Battery Certificate is likely to be developed for future Renault BEV and plug-in models, as well as Dacia’s forthcoming EV range, should the company consider it worthwhile to export right-hand-drive versions to the UK. Colin Chapman’s motto of ‘Simplify and add lightness’ remains highly relevant today, especially as manufacturers strive to enhance driving range. While the Bentayga is hardly the first car that the slogan evokes, Bentley realises that reducing weight has positive benefits beyond the sober topics of fuel economy and CO2 emissions.

The new 22-inch carbon-fibre wheel rim has taken years of development between Bentley and Bucci Composites and is the largest wheel of its type available. It is not all about size, however, because each rim is 6kgs lighter than the equivalent aluminium fitment, fitted to other common-or-garden Bentayas. Yet, even this ostentatious SUV cannot overcome basic physics – even it benefits from resultant reductions in unsprung weight that sharpens acceleration, braking and handling. The manufacturer also highlights that the flex within forged aluminium rims can cause deviations in up to one degree of camber, which reduces tyre grip. The stiffer carbon fibre wheels, therefore, permit a more consistent contact patch between the tyre and road.

Additionally, Bentley is especially proud that this is the first carbon wheel to pass all of the TÜV’s rigorous durability and safety trials. These include biaxial, radial and lateral impact stress testing that simulate potholes and cobblestones. Such assessments prove the carbon fibre wheel’s safety credentials. Where an aluminium-alloy wheel would either crack, or even shatter, in a severe impact, the carbon fibre’s interlayered fibre weaves pull apart gradually, permitting controlled air loss, instead of a sudden tyre deflation.

Marketed under the Mulliner accessory brand, the new wheels will be available later this year to complement a range of existing carbon fibre extras for the Bentayga, including sill extensions, front splitter and rear defuser. Fashion is a fickle mistress. While fascias, festooned with buttons, were hardly the most elegant, at least long-term owners could become familiar with their locations, even if it took a little time. Then came the touchscreen. These allowed car designers to embrace superficial minimalism but their intention to bring serenity and calm to the cabin was often destroyed by needlessly convoluted and irritating touchscreens. Poor menu design and dimwittedly slow responses to a finger jab are several reasons why they are accused of being more off-putting to the driver than a hand-held mobile telephone. The art of decent ergonomics seems to have been sacrificed at the altar of fashion.

Sadly, the all-new, visually unremarkable Nissan Ariya electric crossover does not provide an entire solution but at least it heralds an interesting development. While its interior remains devoid of physical buttons, its designers have extracted the most commonly used HVAC systems and driving mode controls from the touchscreen and have situated them on the fascia and the centre console. Their illuminated icons reside on a wood-grained surface pattern, applied by hydro-printing.

These icons indicate the presence of haptic electrostatic buttons, meaning that the surface feeds vibration to the fingertips as they are touched. This tactile feedback is accompanied by a ‘sound’, affirming to the driver that the desired command has been activated. Nissan argues that, because the interaction points are both felt and heard, the driver can remain focussed on the road.

Even so, unlike Audi’s MMI Touch Response and Mercedes-Benz’s Hyperscreen technology, the touchscreen on Nissan’s Ariya does not inherit haptic feedback, thus only part-fulfilling its aim. Considering that this year found that the UK End of Life (ELV) vehicle industry failed to meet European recycling targets yet again, AT thought it wise to see how the new car industry is trying to help matters. While car manufacturers strive to use more sustainable materials in production, BMW is focussing specifically on a forthcoming new generation of electric cars. Available from 2025, these models will be underpinned by a ‘Neue Klasse’ platform; a term that Bimmer fans will recognise from the company’s past.

On current models, natural raw materials used on BMWs include door trims, where a natural fibre mat is employed that is lighter than the plastic alternative, but it is also CO2 negative. Yet, research continues in other areas ready for the Neue Klasse. BMW is investigating acoustic foams made from wood that do not require synthetic glues. Wood is also being used in tests to create a new generation of bioplastics. Hemp and bamboo are other materials being investigated to usurp crude oil in plastic production. BMW has also focussed on vegan alternatives to current PVC synthetic leathers, including materials incorporating cork, recycled polyester textile particles and even cactus.

The company is also looking at facilitating recycling, by using similar materials within a single component. For example, seats are hard to dismantle and contain many different materials that are difficult to recycle together. BMW argues that, by considering such issues at the design and manufacturing stages, it can help to grow the circular economy. Hopefully, by then, the UK ELV industry will have been given the help it needs to attain EU recycling targets, which it has missed for at least several years running.