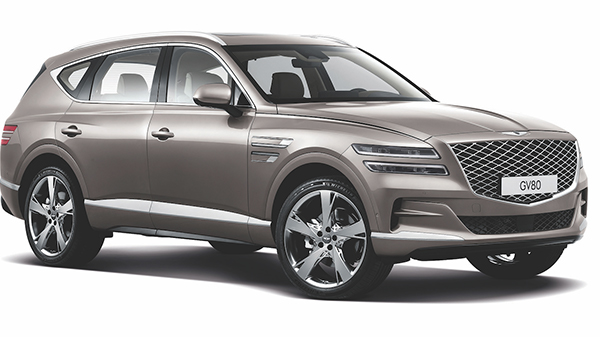 Last year, TRL (known formerly as the Transportation Research Laboratory) found that negotiating touchscreen displays while driving is more distracting then making a call on a handheld mobile phone. Even so, manufacturers refuse to fall out of love with them. Tesla is a notable touch-screen pioneer, not only in terms of impressive screen sizes but it also claimed recently that its updated Model S and X cars will use their Media Control Units to replace even more physical controls, including the transmission selector and direction indicator stalks. It sounds amazing. Yet, it makes the consequences of a failed touchscreen more than an inconvenience and the situation appears to be far from unusual. In North America, for example, Tesla issued a touchscreen failure recall for just under 135,000 cars, after the National Highway Traffic Safety Administration found that the 8GB eMMC NAND flash memory device is reaching its ‘lifetime wear’ limit. Certain display functions fail as a result. It is alleged that Tesla’s Al Prescott (Vice President of Legal) has confirmed an expected average chip lifespan of between five and six years. The recall has been extended since to Great Britain. Given that an average UK car is aged over eight years-old, we hope that carmakers will ensure that their touchscreens have a more realistic expected lifespan, especially if they insist on integrating vital functions into them.

Despite their respective marketing departments’ efforts to keep the brands apart, Most Audis share their mechanical entrails with the less glamorous Volkswagen, Seat and Skoda brands. A clear example of this is the 190PS 2.0-litre petrol TFSI engine being employed by various Audi models (including the pictured A5), which is used to power the Volkswagen Arteon as well, a model that AT investigated in last month’s New Car technical review.

The B-Cycle method of combustion, as named after one of the company’s powertrain engineers, Ralf Budack, is a particular highlight. The Budack Cycle closes the inlet valve before the piston reaches BDC. Not only does the piston encounter less resistance after it starts to rise on the compression stroke, in-cylinder temperatures also reduce. While these conditions make the engine more efficient under part-load conditions, it is also less powerful. Therefore, when the driver demands full power, the inlet valve’s timing reverts back to that of the more conventional Otto Cycle, by switching to a different camshaft lobe.

Note also that this engine employs both direct and port injection. One of the advantages of positioning a secondary injector behind the inlet valves is that it reduces the chance of intake tract coking, an issue that afflicts many GDI vehicles and is becoming a growing issue for aftermarket garages to resolve.

It took the Nissan Motor Corporation over 20 years to develop a variable compression engine. When the fruit of its labour appeared five years ago, the 2.0-litre VC Turbo was hailed as a major technical feat. It was introduced first in the UK, beneath the bonnet of the otherwise underwhelming 2018 Infiniti QX50. This crossover remains in production, although now unavailable in the UK, since Nissan’s luxury offshoot retreated from European markets last year.

This is a shame because where most automotive developments centre around electrification, Nissan made the variable compression engine work using a series of mechanical connections. While the engine cutaway picture shows obvious differences from a conventional engine, this graphic illustrates more effectively how the system works: https://flixel.com/cinemagraph/v21noaj1ne6a2s1hz1ha/

The compression varies by altering the position of Top Dead Centre. A series of cranks manipulate the highest piston position, controlled by an electrically-operated actuator to vary the compression radio infinitely between 8:1 (for high load) and 14:1 (low load). According to several parameters, determined by the ECU software, with throttle pedal position being one of the main inputs, this permits the engine to prioritise either efficiency, or economy. While you may think that the Volkswagen Group’s B-cycle offers the same advantages for considerably fewer moving parts within the crankcase, you could be right. However, given that the VC-Turbo unit employs the Atkinson cycle, which is a method of valve timing that works similarly, it is possible that Nissan’s variable compression engine is superior. Yet, the acid-test is whether, or not, the VC-Turbo engine delivers the real-world fuel economy and emissions benefits that justify its use in future models. Nissan thinks that it does and the technology will be applied to the 1.5-litre version of the new Qashqai from next year.

Hyundai had its nose bloodied when it tried to charge premium prices for its technically-uninteresting Genesis saloon. Despite its Audi A6-esque looks, the public was unimpressed and, after notching up a dismal 50 sales in two years, the Genesis was pulled from our market in 2017. Undeterred, the South Korean company is ready to try again later this year, by launching Genesis into Europe and the UK as a complete new luxury brand. One such model is
the GV80, an SUV that Genesis claims features the: “World’s first active road noise cancellation system for a production vehicle”.

While we are unsure about the validity of that statement, the unfortunately initialled Road-Noise Active Noise Control system (RANC) system in Genesis vehicles was designed in partnership with HARMAN International, a Samsung Electronics subsidiary. RANC cancels unwanted sound that originates from the tyres and road surfaces while driving, thus reducing overall interior noise levels.

At the heart of RANC lies a control processor, which uses reference signals, received from sensors, placed strategically at critical suspension and chassis points. These detect undesirable road/tyre noises that are about to be transferred into the cabin. After analysis, a Digital Signal processor generates an inverted ‘anti-noise’ sound wave, delivered into the interior through the audio speakers, cancelling-out any unwelcome frequencies as they reach the cabin. It takes just 0.002 seconds for RANC to work, which can also divide the driver, front passenger and rear seats into separate zones.

Genesis states that RANC reduces driver fatigue. Additionally, the hardware is far lighter than traditional sound-deadening materials, meaning that this digital solution could be a useful weight-saving measure. Whether this type of tech is sufficient to prevent Hyundai’s Genesis from suffering the same UK fate as Nissan’s luxury Infiniti brand remains to be seen…