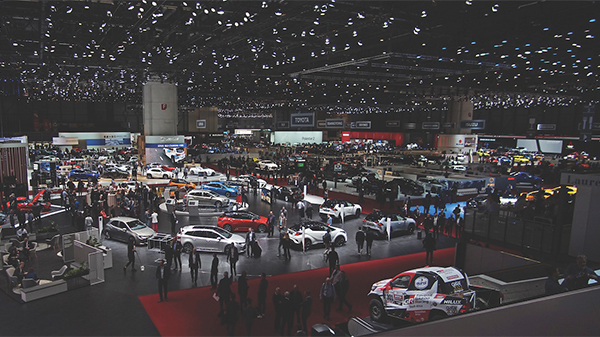 Recently, in an exhibition hall abutting an airport, the 2019 Geneva Motor Show took place. Much like previous events, the sandwiches were overpriced, water was in short supply, I didn’t see any daylight for 48 hours and my feet spawned blisters, but I absolutely loved it. 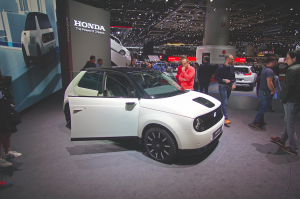 You can use the annual event to glimpse into the automotive future – what’s on display now will hit the forecourts in 2020 and your workshop just a few short years after that. Getting up to speed with the latest developments ensures you won’t be left behind. It’s rare that one single car reinvents the wheel, so to speak, but when more than one manufacturer reveals similar innovations, you can start to see trends. Trends that will most likely change the course of car ownership and maintenance one iteration at a time. Here’s what’s coming to a garage near you, sooner rather than later.

You may be bored about hearing of an electric future or frustrated because the vast majority of cars and vans that pass through your workshop are still petrol or diesel. This won’t drastically change anytime soon, but on the basis of Geneva 2019, it will slowly evolve – provided the infrastructure is in place.

At the event, Honda revealed the e Prototype, a fully electric city car that will be on sale within a year. Pitched as a premium small vehicle, I can’t see it selling in huge quantities – especially considering the range is estimated to be only 125 miles – but importantly, this could make smaller electric cars aspirational. Honda says they were inspired by the desirability of the iPhone. In person, the looks are striking with an aura of Japanese left- field thinking. 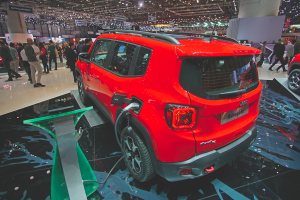 Meanwhile, Peugeot presented the latest version of their popular 208 supermini, available in petrol, diesel and full EV varieties. Crucially, this platform will underpin the all-new Vauxhall Corsa too, due out soon. In 2019, buyers will have the choice to go electric with some of the UKs best-selling cars. The Volkswagen group revealed how they are going to spawn a suite of electric vehicles in 2020 based on their new MEB platform. Alongside the forthcoming VW ID Buzz, there will also be the Seat el-Born hatchback and SUVs from Skoda and Audi in the form of the Vision iV and Audi Q4 e-Tron. Technically, these are all concepts for now, but they will be entering production sharing the same underpinnings, with the aim of a combined 10 million sales.

…BUT HYBRIDS WILL PROBABLY DOMINATE THE SALES CHARTS

If you don’t believe the pure-electric car hype, one thing is for certain; hybrids will proliferate product ranges before this year is out. Of course, Toyota has been at it for years with their somewhat controversially monikered ‘self-charging’ hybrids, but now the rest of the market is playing catch-up with a plethora of mild, plug-in and series-parallel vehicles.

At the 2019 Geneva show, there wasn’t a single mainstream manufacturer without a production-ready hybrid on display. Peugeot had the 508, 3008 and 5008 plug-in hybrids, the entire Kia stand was home to their electrified models only, Nissan announced its e-POWER hybrid technology will be included in the upcoming Qashqai replacement, the all-new Renault Clio will be available as a mild-hybrid and BMW had not one, but four new – and two upgraded – plug-in hybrid models. Even Jeep has two new electrified models. The list goes on, typified by Volkswagen’s giant LED sign that read “switch to hybrid”.

The Audi e-Tron premium SUV is the manufacturer’s first foray into the EV market, but it is also the world’s first production car without wing mirrors. On the top-spec models, or as an option, you can get the car with cameras where the usual mirrors are placed. Inside, there is a display on both front doors, near where the door handle is located, which relay what the exterior cameras can see.

The advantages are an improvement in aerodynamic performance and larger viewing angles for the driver. Thanks to recent legislation changes, this is now a legal system, with both Honda and Aston Martin also launching vehicles using a similar system. How complicated it will be to replace should a camera get clipped in a car park kerfuffle or how this affects the MOT remains to be seen. 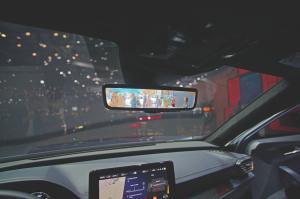 For now, this will be a rare sight on expensive vehicles only. However, the new Cupra Formentor (the sporty sub-brand from Seat) features a camera system in lieu of the rear-view mirror. This is more natural as the view from the camera is displayed in the same location. Plus, if the camera becomes dirty or defective, you can flick a switch and the regular mirror is still there. A feature I could see more cars adopting in the coming years.

You’d be forgiven for thinking that in an age where the technology in cars is rapidly increasing and electrification is an ever-present topic of conversation, that driving for fun has been forgotten. This is, thankfully, wrong.

While the majority of new cars could be electrified in some form or another in the coming decade, there are a whole host of exciting new sports cars. It seems there is still a market for cars that provide smiles. 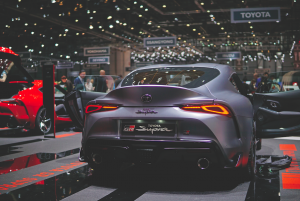 The highlight of which is the return of the fabled Toyota Supra. Legendary, thanks to Gran Turismo video games and The Fast and the Furious film franchise, the revived legend shares a platform with the new BMW Z4. Both cars are low, lithe and have straight-six engines. The focus here is on driving, not charging.

Morgan revealed their first all-new car in about 600 years (probably), Leeds-based Ginetta is building a hard-core supercar, Koenigsegg’s latest car equivalent of a straitjacket promises 300 mph and Aston Martin will be creating their first ever mid-engined beasts.

It’s great to see that fast and exciting cars can still exist. The only problem is, they are part of an ever-exclusive and expensive marketplace. But, if the car of the future is a homogenous electric SUV and sports cars exist only on the fringes, I’d rather have that than no drivers’ cars at all.