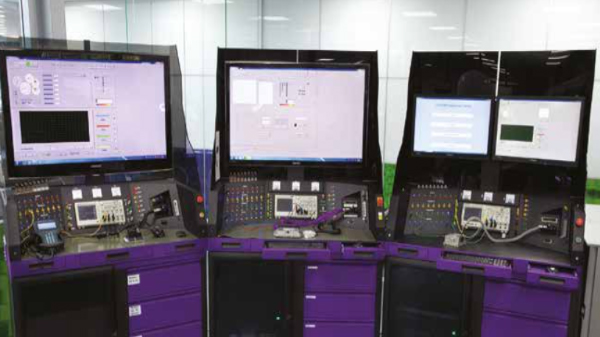 ACtronics describes how it diagnoses and remanufactures faulty ECUs

Autotech sponsor ACtronics describes the tools and equipment it uses to diagnose and remanufacture faulty ECUs.

Some of the tools that we use, you will have in your own garages. All engineers have their own sets of Snap-On tools and because we remanufacture items on a diverse range of vehicles, we have to make sure we have the diagnostic tools to help us see the faults and codes – we use both Snap-On and Launch equipment for this.

Once testing has been completed and faults confirmed as the customer has reported, our specialist machines then come into play. The most essential process for the remanufacture of ECUs is testing these units, at the diagnosis stage and after the remanufacture process. This must be a proper simulation for a car, including a representative load from all actuators. Before an Engine ECU can be tested, the anti-theft system needs to be removed or cleared. There are several ways of doing this, varying from software simulation of the immobiliser circuit, placing additional software in the flash from the control unit to temporarily bypass or unlock the anti-theft system, or in the worst case, using the corresponding car key and immobiliser.

At ACtronics, we build our own testing machines. The current machine we use is the Vision-5. We use these machines to perform the diagnosis, often by manual testing, and do the end of line test, which is mostly automatic. We often are asked to sell the machine, but this would give away our competitive advantage! To add a new ECU family to the testing machine takes between three and six weeks; writing specific scripts specific software for the anti-theft system and network, which is mostly CAN signals.

If we would sell the machine, it would be useless without the specific software needed to test a specific product. It’s virtually impossible to write such software without the complete internal hardware design schedule.

The hardware design is also a continuous process of updating, since the technology changes rapidly. The complexity is down to the tolerances. When is a signal acceptable and when is it not? The question looks simple enough but the answer is causing many headaches in this industry.

The answers to most tolerance questions are only written in the original specifications from a car or OEM manufacturer and are in general treated as highly confidential. Setting testing tolerances is based on research combined with an automatic learning process. Unfortunately, this also means that it can never be 100% accurate, as it is practically impossible to do this extensive kind of research in a car and costs would be too high.

For this reason, test machines in the electronics remanufacturing industry are often based on learning and comparing. It begins with learning from ‘golden units’. A Golden Unit is an ECU that is a guaranteed good unit and the test machine uses it to set the first reference level. The next step is to determine the maximum deviation on each signal (in time and in level), the so- called tolerances.

As it appears to be almost impossible to set the correct tolerances in the beginning, we made this an automatic learning process for the first months from a new model, where we start with a standard deviation and the tolerances are narrowed down automatically.