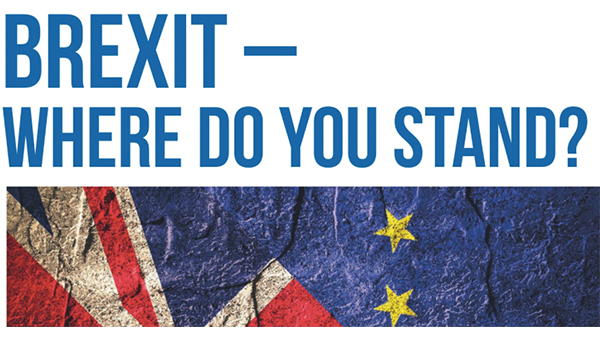 Brexit – where do you stand?

Neil Pattemore, Technical Director at FIGIEFA, which represents the interests of the automotive aftermarket in Brussels, considers the implications of Britain leaving the EU.

The UK aftermarket is one of the largest and most vibrant in Europe, with a diverse range of independent workshops and parts suppliers providing a multiplicity of choice to the UK’s motorists for the diagnosis, service and repair of their vehicles.

However, have you ever really considered how the ‘tools of your trade’ allow you to do what you do, especially against the background of increasingly sophisticated vehicle technology? The answer lies in European legislation – specifically the Block Exemption (BER) and Euro 5 Regulations. A lot of time and effort from the European Aftermarket associations, supported by their UK member organisations like the IAAF and the GEA, have fought very hard to achieve these two key pieces of EU legislation. Without them, it would be very difficult for diagnostic tool manufacturers, data publishers, parts manufacturers and parts distributors to do what they do to underpin the UK aftermarket. Included in these regulations is the humble 16 pin connector and pass-through programming, both of which are an integral part of every workshop’s day-to-day activities.

So European legislators have been good to us and access to repair and maintenance information (RMI) allows workshops to handle the latest vehicle technologies. Furthermore, the European parts trading groups are able to achieve economies of scale and source a wide range of parts at competitive prices to provide a highly competitive choice of parts – so come the referendum in June, it’s a ‘no-brainer’ to vote to remain in Europe – or is it?

Some European legislation is not so welcome, even as an employee. Open borders for other EU citizens has meant a flood of cheaper labour which keeps labour rates down and threatens to take away opportunities to advance up the career ladder, together with limits to working hours and overtime, making it more difficult to earn a little extra.

If the vote is to leave, then from the legislative perspective it may create the opportunity to draft new UK legislation, to the benefit of the successful UK Aftermarket, without the other 27 Member States influencing the outcome.

The potential to create more control over our own destiny may also allow a focus on how the economy could be ‘let loose’ and grow, with the automotive sector likely to be one of the key beneficiaries.

How you vote will ultimately depend on your own circumstances, but the many small businesses who form the core of the UK Aftermarket have become successful by being in control of their own business. Perhaps it’s time the country started to think in the same way.

What do you think?

Email your thoughts to nicola@autotechnician.co.uk