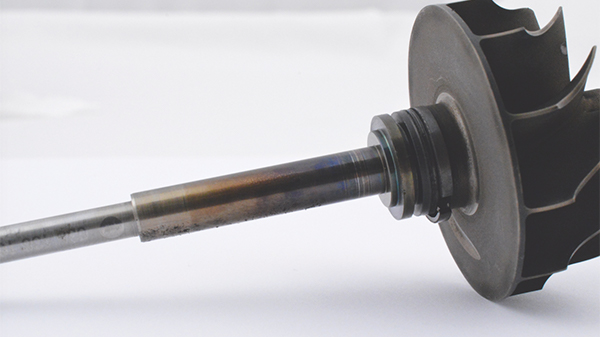 Can a DPF cause turbocharger failure?

There are many technical documents relating to how a faulty turbo can lead to Diesel Particulate Filter damage. However, the DPF is responsible for more turbo related failures than you might think. Antony Collins, Technical Specialist at Melett, explores what effect a blocked DPF can have on a turbocharger.

DPF’s, first introduced in January 2005 with the Euro 4 emission standard, concentrated on cleaning up emissions from diesel cars, especially reducing Particulate Matter. Reducing PM from
the combustion process to this level was not technically possible, so this meant diesel vehicles after September 2009 were fitted with a DPF to capture soot and other harmful particles, preventing them entering the atmosphere.

A DPF can remove around 85% of the particulates from the exhaust gas. A blocked DPF, however, will not work correctly to achieve this.

SO, WHAT HAPPENS TO THE TURBO WHEN A DPF IS BLOCKED? 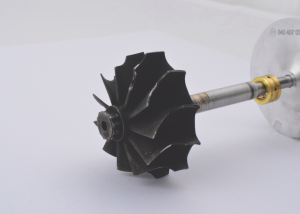 HOW TO SPOT A TURBO THAT HAS SUFFERED FROM DPF PROBLEMS: 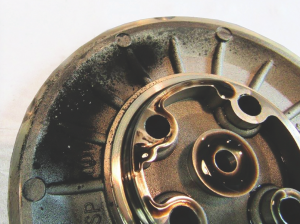 It is essential to identify the failure mode and determine whether a DPF related issue is the root cause. If the entire rotor assembly is OK and there are signs of overheating at the turbine side of the CHRA, the failure is likely to be caused by excessive exhaust gas temperatures, indicating a blocked DPF.

One final consideration, it takes time for a DPF to block, sometimes years. Once blocked though, turbo failure can occur very quickly. If you don’t check for a DPF issue when installing a replacement turbo, there is a very high chance the replacement turbo will suffer the same failure, as it will be subject to the same operating environment as the previous unit.