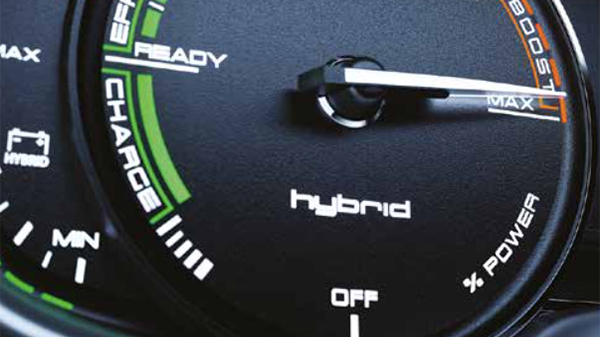 Can you afford to put off hybrid and EV servicing & repair training?

Figures published by the Society of Motor Manufacturers and Traders (SMMT) each month show that electric car sales in the UK have risen dramatically over the past few years. Around 500 electric cars were registered each month during the first half of 2014 and sales have now reached an average of almost 4,000 per month. Department for Transport figures show the Mitsubishi’s Outlander PHEV is the most popular plug-in by some way and has been for two years, with almost 29,500 units sold. More than 17,250 Nissan Leafs have now been sold in the UK, with the Mercedes Benz C 350e in third place, achieving almost 8,000 sales in the space of two years.

There’s no denying the fact that Hybrid and Electric Vehicle sales are on the rise and this momentum will continue, as motorists choose the ‘greener’ option in light of the VM emissions scandal and the continuing demonisation of diesel vehicles. The government faces legal action over failing to meet safe targets of air quality and has reacted with the announcement that vehicles powered by internal combustion engines will not be able to be sold in the UK post 2040. With a recent study finding that more than 8% of all deaths in Britain are now directly linked to pollution, I think we can all agree that cleaner, more sustainable power is the ultimate goal, but are we in a position to accommodate a rapid uptake of hybrid and electric vehicles?

“As UK customers plan to buy more hybrid and pure electric vehicles over the next five to ten years, the garage trade is slow to change with the times. These are the findings of research by GiPA, the market leader in the automotive aftermarket for intelligence and driver behaviour.

“GiPA’s 2016 research provides very interesting reading. While petrol and diesel cars continue to dominate the total UK car parc – 61% and 38% respectively – it’s the remaining 1% of alternatively powered vehicles that could become the main focal point of the industry over the next few years. “The growth of hybrid and electric vehicles over the past nine years is clear for all to see. There were only 9,298 new car registrations for this category in 2006, but by 2015 this had grown to 72,594; a new record. More significantly, GiPA found that one in six drivers are likely to buy an electrified car in the next five to ten years, a dramatic increase than currently seen on the roads. At the same time, 94% of independent garages do not have the ability to service electric or plug-in hybrid vehicles.

“This has highlighted a massive gap between buyer intentions and independent garage abilities. Not only that, independent garages stand to lose out to main franchise dealers; 51% of which already can service electrified vehicles. The difference is staggering, especially when you consider 88% of independents aren’t even willing to target such vehicles.

“Suggesting that many independent garages could face challenges ahead unless they adapt to change, the steps required to remain successful need to be taken now. A head start on the forecasted shift in automotive tastes could be essential and perhaps many garages aren’t aware of the purchasing intent from their customer base.

“This is before we look at legislation and car manufacturer announcements. This year alone, we have seen Volvo announcing the demise of purely internal combustion engines from its range by 2019, instead relying on mild hybrids, plug-in hybrids and EVs past the deadline. The UK government announced a commitment to no new traditionally powered vehicles on sale after 2040. Both these announcements hit mainstream media headlines, further reinforcing in the wider public opinion that some form of electrification may be included in their next vehicle.

“As an energy company, it is vital that TOTAL’s aftermarket customers are aware of the massive industry shift that is set to happen. TOTAL QUARTZ lubricants work hard to provide engine durability, enhancements in performance and improved economy, making them ideal for use with hybrid vehicles. For full electric vehicles, TOTAL is the primary partner with the DS Virgin Formula E team, where we provide lubrication greases for the electric motor and vital battery coolants. This is an area that TOTAL will learn from and look to capitalise on in the future.”

“With the number of electrified vehicles on UK roads only set to increase, TOTAL is investing in new areas for the future, based upon the market trends. The time is right for the independent garage industry to embrace the changing makeup of car ownership.”

“With regards to hybrid/battery vehicles, I have many controversial views. Briefly, I believe that battery-powered vehicles are a short-term folly, due to the cost, range, re-charge cycle times, global lithium reserves, geo-political location of lithium reserves, global shortage of electricity generation and, perhaps the biggest problem, government tax revenue streams.

“Hybrid vehicles are a short-term lifeboat, they suffer both problems of emissions and battery life. Our industry and the world in general needs to concentrate on the solution not the symptoms. I could go on, but reflect on this… 100 years ago, the entire world was powered by coal and there were virtually no private cars. Now we have no coal and the average vehicle speed in London is slower than 100 years ago. I also think the concept of computers controlling cars and HGVs is lunacy – would you fly in an aircraft with no pilot?”

MAJOR HURDLES NEED TO BE OVERCOME

Infrastructure, or a lack of, is a massive problem. If we all rush out in the next five years and buy a hybrid or EV, how will the National Grid cope when we all plug in after work? Research by Transport for London suggests 20 more nuclear power stations would be needed if the electric car replaced the petrol engine. Not a ‘green’ solution, by any stretch of the imagination!

Overcoming challenges with the battery, such as holding charge, efficiency and the availability of rare minerals such as Lithium and Cobalt, is also a significant factor in the mass production of hybrids and EVs.

Vehicle manufacturers are racing to develop the best batteries for the job but also fighting to secure enough of the key minerals used to manufacture these power packs. There are also ethical considerations involved – many of the richest resources are in the world’s poorest countries. The huge demand for cheap cobalt is currently met by miners, including children, who labour in harsh and dangerous conditions. An estimated 100,000 cobalt miners in Congo use hand tools to dig hundreds of feet underground with little safety practice in effect.

“Education is needed all round” – Matt Cleevely 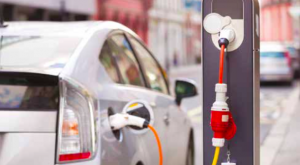 Following the government announcement to ban the sale of vehicles powered solely by the Internal Combustion Engine in 2040, whether we like it or not, hybrid and EV technology is heading into workshops and it is workshop/Outlander/Leaf owner Matt Cleevely’s belief that the ICE will be dead before the 2040 deadline.

“Please don’t get me wrong, I’m no Eco, tree-hugging hippie who wants the death of cars as we know them! I have been riding/driving, crashing and repairing all sorts of vehicles since I was old enough to, but I do enjoy the exhilarating feeling of incredible acceleration. I have built and raced an Autograss Class 8 car (pictured below), for the last nine years. This rear-wheel drive beast has a Suzuki Hayabusa superbike engine close behind the driver powering the rear wheels, so can accelerate, with the odd wheelie, from 0-60 mph in just three seconds. The thrill of power and speed is one factor of why we love cars, but this thrill can be found from electric cars too.

“So that I could learn and experience more about EVs, I hired a Tesla Model S for a long weekend. Although expensive to buy (around £80k) these American cars are pushing the boundaries of pure EV driving. With a mileage range of up to 315 miles, they are suited to real- world usage. What I wasn’t prepared for though, was the supercar performance! The 0-60 mph time of 4.8 seconds really surprised me and this wasn’t the fastest model. The P100D Model S is 4-wheel drive, with a motor powering the front axle and a separate one powering the rear axle, powered by a 100Kw battery and a performance (ludicrous) button giving it a 0-60 mph time of 2.8 seconds!

“Whilst I had the Tesla, I wanted to experience another bit of future technology, Autonomous driving. It has featured in the news for a while now and I’m sure some of you have already invested in ADAS (Advanced Driver Assistance Systems) recalibration equipment. Manufacturers have spoken about releasing autonomous vehicles as early as 2020, but the Tesla I drove had the capability for an autonomous version of cruise control. Using a series of sensors on the corners of the car, with a radar and camera on the front, the Tesla could keep within a motorway lane by itself. It maintained speed, as we are used to, but additionally kept a safe distance from the car in front, braking when required and steering itself when the road turned, making sure it kept within the road markings. It is fantastic technology, driven by people’s requirements from their cars, and that is what is driving the motor industry today. Customer requirements to have the most up-to-date, futuristic tech, that will make their tasks easier, more comfortable and more enjoyable. “For the adoption of any future technology to be a success, re- education of people’s attitudes will, I know, become an important and necessary part of my working day.

“Discussing with my customers the requirements of their vehicles, why the fault occurred and how to avoid it, has already been taking valuable workshop time. How many of you take the time to educate your diesel vehicle driving customers about how to avoid clogging their DPF? Or even, years ago, avoid flooding the engine when operating the choke? It is a natural progression of technology, which affects our job, and the inclusion of electric motors as drive for our vehicles is one part of that. It is my opinion that as people come to see electrification of vehicles as a useable option, they will turn to their ‘car gurus’, us, to seek advice, so why not have as much experience as possible? There will be additional business opportunities too. Why not install a fast-charge port on your premises? Charge for the electric use and possibly capture a new customer for future MOT test or tyre replacements?

“There will be opportunities within our trade, as there always has been, to add another level of skill and services to our businesses with electrification. We will embrace it and develop our businesses to cope with it, and that’s what I love about working in the aftermarket. The internal combustion engine hasn’t left us yet, and won’t for some time, but the writing is on the wall and with it comes the opportunity for your business to flourish with the next chapter in the story of the motor vehicle.”