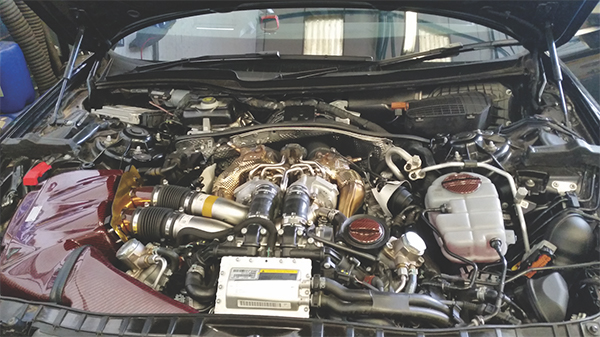 Clive Atthowe Tuning in Norwich take in an Audi RS6 that has baffled the local Audi Dealer – Can they fix what the dealer can’t?

We were asked by a regular customer with an Audi RS6 if we could take a look at a very frustrating problem on his car. The vehicle has a low mileage and is still under the manufacturer’s warranty, having only covered 13,000 miles.

The story was that the owner had experienced an intermittent fault where the four-wheel steering light would come on, followed by just about every warning light on the dash. As the car was under warranty the customer had booked it in with his nearest dealer to try and resolve these issues. After three weeks the car was returned, but the problem was still there. The dealer had originally diagnosed a faulty ABS controller and when they had replaced it with a new one, they couldn’t code it to the car.

Our initial diagnostic process revealed multiple communication faults and the common denominator appeared to be the ABS controller. Also logged was a low voltage to the controller, which could easily cause a communication issue.

After clearing the faults, several road tests and starting the car over two days, there always seemed to be an issue when starting from cold on the first start. The fault was quite difficult to replicate but a pattern emerged. “The dealer had originally diagnosed a faulty ABS controller and when they had replaced it with a new one, they couldn’t code it to the car.”

After consulting the owner, we formed a plan to investigate further. We obtained the relevant wiring information online from Audi for the ABS controller and started with load testing all the feeds and grounds. We discovered that one twelve-volt feed on pin seven would not carry current and after load testing the fault was then permanent. We substituted the supply and all faults cleared, so this was now a confirmed fault – all we had to do now was find the cause. 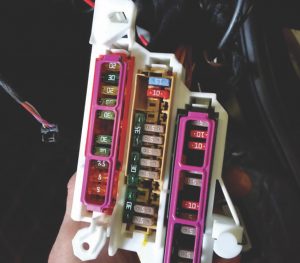 Looking through the wiring information we could see that this voltage supply came from fuse number twelve in the driver’s side fuse board. We tested the supply at source, and it was perfect. 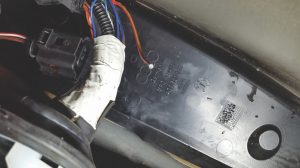 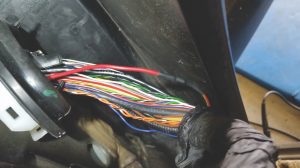 Stripping out the wheel arch liner and the washer bottle we were able to unclip the large rubber grommet inside the car and pull the wiring loom through. This is when we found the fault – the wire when installed had looped back on itself and been damaged. A small amount of moisture had crept into the loom via the washer bottle and corroded the wire causing the volt drop. Carefully, we cut out a section of loom and soldered in a new wire suitably insulated. We retested the repair and then reassembled the car.

Conclusion: Careful diagnostic testing with a structured approach was the key to correctly diagnosing and repairing this fault and yes, we could fix what the dealer couldn’t!