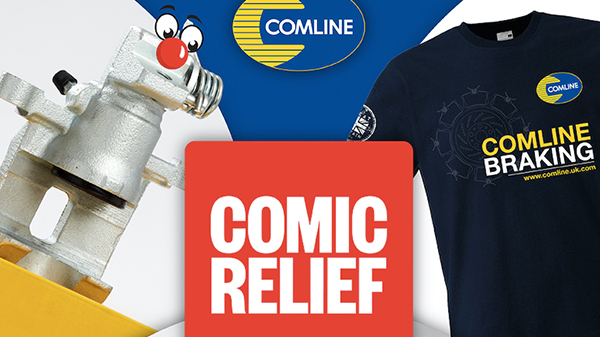 Comline is pleased to announce the launch of a social media campaign that will run from Friday 19th March to Friday 26th March, in aid of Red Nose Day. Participants who correctly identify the part adorned by the iconic red nose will help raise money for Comic Relief and, in so doing, support a raft of brilliant causes in the UK and around the World!

Since its launch in 1988, Comic Relief’s Red Nose Day has become a much-anticipated date in the fundraising and entertainment calendar. The mission to raise money to end child poverty remains more important now than ever, and this year, Comline has created its own fundraising competition that it hopes will play its part. Not only is the brand aiming to build awareness among its 14,000 Facebook followers and a growing audience across social media, but it is also using this platform to directly raise money for Comic Relief.

Running exclusively on the Comline Facebook page, the brand will share an image of one of the popular references from across its parts range and ask participants to simply, ‘Name that Part’. There is a total of seven prizes up for grabs with all correct answers received being entered into a random draw to receive an exclusive Comline Braking T-shirt. Comline has pledged to donate £0.25 for each correct answer received via its Facebook page.

Comline has actively grown its presence across social media in the last 12-18 months with daily updates across its channels mixing industry insights, brand news and promotions with a healthy dose of light-hearted content. Leigh Davies, General Manager Marketing and Communications, comments; “Social media channels, most notably Facebook, are providing Comline with a valuable communication platform and it’s wonderful to see positive engagement from our followers on a daily basis.” Davies also remarked; “There’s little doubt in my mind that our social channels are helping drive the growth of our brand and I’m hoping we can leverage this platform to raise awareness and funds for Comic Relief.”