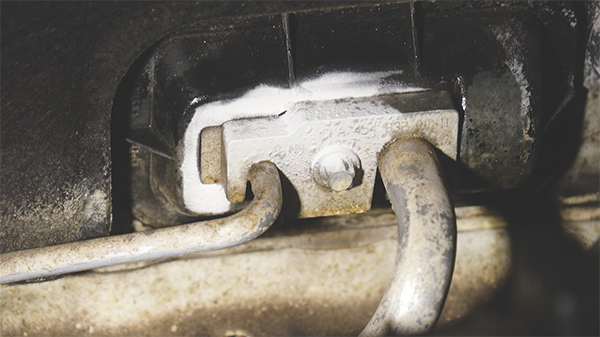 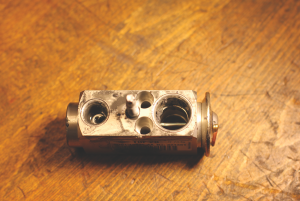 Impurities, such as debris or particles, are the major root cause for the precise mechanism of the expansion valve to clog and stick.

The vehicle’s AC system operation relies on two factors – the flow of refrigerant throughout the AC loop and the refrigerant’s change of state. One of the key components allowing the system to work properly is the expansion valve, which is usually installed at the evaporator inlet. Its main function is to convert liquid refrigerant into cold low-pressure gas and to regulate the flow of refrigerant. 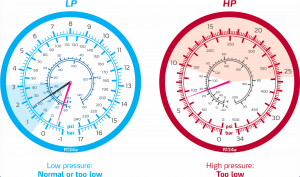 Improper System Operating Pressures: Pressure gauge readings that are too high or too low may be a sign of expansion valve malfunction. Normal gauge readings should be between 2 and 3 bar on the low side and 14 to 24 bar on the high side.

The expansion valve is an advanced and fragile device. As it operates under high pressures and is temperature sensitive, improper working conditions, as well as impurities inside the loop, can cause its deregulation and malfunction.

If the expansion valve fails, it can cause problems with the function and performance of the AC system – if ignored, worst case scenario is expensive and irreversible damage of other system components, such as the AC compressor.

SYMPTOMS OF A FAILING EXPANSION VALVE

Frost on AC evaporator or vents: Evaporator malfunction can cause refrigerant to flow unmetered through the vehicle’s AC system, causing the evaporator to freeze over or frost to come from the vents. Either symptom is a sign that the system is getting too much refrigerant, ultimately lowering its efficiency and performance.

Inconsistent air flow: The air will likely alternate back and forth between different temperatures. If the air varies between cold and warm, the expansion valve should be inspected at once.

The easiest way to diagnose these spots is the high- pressure side’s components: Ducts from the compressor outlet to and within, and including, the receiver dryer. Temperatures above 50 °C will warn about potential blockages/malfunctions of the expansion valve.

When you suspect a malfunction of the expansion valve, it is recommended to perform an extended system diagnostics. Troubleshooting the system operating pressures by means of pressure gauges may reveal the most common issues with the expansion valve.

If a failure on the valve is concluded, the part should be replaced.