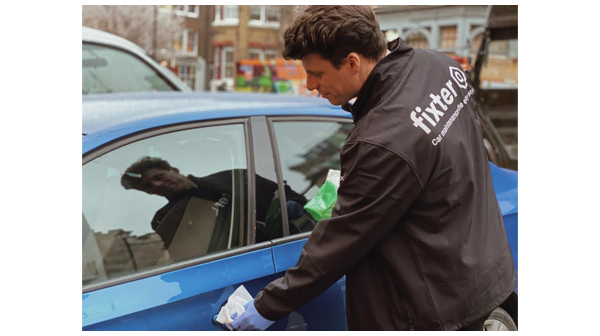 Customer tips: How to keep your car roadworthy

Key points of the recommendations include battery protection. When a vehicle sits idle for a long time, the main issue is a slow battery discharge. Fixter recommends checking the state of the battery weekly. If a car sounds like it’s struggling to turn over the engine, it’s time to plug it in for a top-up. Fixter partner, ‘CW Vehicles’, based in Birmingham, advises to ideally turn engines on once a week and run them for a few minutes, as it should prevent components being blocked by carbon.

A common issue with unused cars during the lockdown can be moisture gathering in an empty petrol tank, causing rust to build inside. This can be prevented simply by filling up the tank, even adding stabiliser fluid, to ensure the fuel stays fresh while the car remains parked, advises Fixter’s partner garage, ‘TL Motors’, in London. Car owners encountering this issue at the end of lockdown are advised to head to their local garage, say the Fixter experts.

Fixter recommends parking vehicles off-street if facilitated, as well as placing chocks under the wheels, putting in the first gear and releasing the handbrake. If this is not an option and the car has been idle for a while, Fixter experts at ‘Trinity Diesels’ in Manchester and ‘Wimbledon Service Centre’ in London, suggest to test brakes for stiffness during an initial test drive, as the brake pads can become sticky. At the same time, drivers should identify any items that might be due for replacement and require urgent attention, as per the last service. Both garages recommend having brakes and fluids professionally checked, as build-up moisture can easily contaminate the brake fluids of irregularly used cars.

Fixter partners at VSC Car Servicing & MOT’, in Twickenham, warn car owners about parking under trees, as leaves can get into the air vents, causing problems with the air conditioner. When an air conditioning unit isn’t used or switched on occasionally, the rubber rings can dry out, which causes the system to leak. Furthermore, rotten leaves may be the reason for bad smells inside a car, while the viscous liquid from the leaves can corrode the paint on the outside.

In addition, Fixter experts urge car owners to lubricate handles, locks and other moving parts, to provide an extra layer of protection under the bonnet, while also checking on the oil and filter. The used oil in car engines becomes contaminated with water, dust, metal filings, sludge and more. It’s advised to change the oil at the same time as the filters and go for a short drive afterwards to circulate the new oil around the engine. That way, it can provide the very protection it’s designed for.

‘Paisley Autocare’, one of Fixter’s partners in Glasgow, suggests that a simple visual health check at a local garage will avoid expensive repairs and problems in the long run.

Limvirak Chea, Co-founder and CEO of Fixter, said: “While some people, such as key workers, are using their cars more than before, most are isolating at home and simply don’t need their vehicles. We’re sharing our knowledge in partnership with some of our trusted garage partners, to make sure everyone has a safe vehicle to start using again when the time is right.”