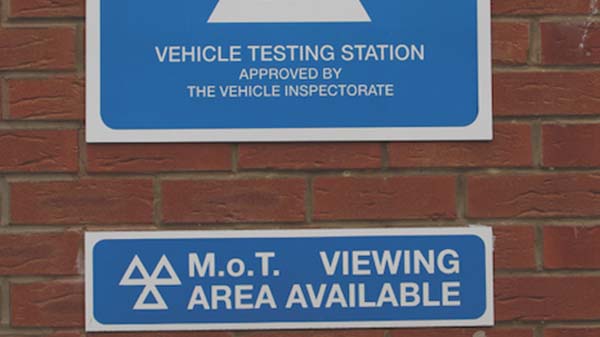 According to a What Car? magazine report, thousands of potentially dangerous MOT failures were allowed back on the roads last year and garages are to blame. Yet, Rob Marshall questions if the accusation is fair and what we can learn from the findings.

The media loves a bit of garage-bashing and What Car? magazine’s concerning claim that MOT Testers pass one in seven cars that should have failed makes for an attention- grabbing but worrying headline.

By not upholding government testing standards, the magazine claims (www.whatcar.com/news/mot-test-garages-pass-one-in-seven-cars-that-should-fail/n23179) that safety- critical faults are being missed and recommends its readers ‘shop’ garages to the DVSA, if they think that the tester is being too lenient. It is hardly doing the garage sector a positive public-relations service…

Yet, the article was not founded on sand. Through a Freedom of Information request, What Car? obtained a copy of the DVSA’s 2019-2020 MOT Compliance Survey, the purpose of which is to evaluate whether tests are being conducted correctly, or not. For this, the DVSA retested a random sample of 1,671 vehicles from all over Great Britain. The result saw the authority disagree with the original assessment in almost 17% of cases.

The What Car? analysis concludes that, by extrapolating the DVSA’s findings across the UK’s car fleet, almost 3 million vehicles should have been repaired and retested last year before being driven on the road again. Now, some might say that applying this calculation is creative accounting but, to be fair to the publication, it followed-up its findings with some of its own research that found almost 12% of 1,425 used car buyers surveyed knew of a local garage with a repute for giving MOT passes to cars that should have failed.

However, no evidence of this was provided in the article and it could be argued that the general public does not understand fully what the MOT is for. Helpfully, What Car? emphasised that the MOT Test is not a guarantee that the car is safe. Even so, it would have been helpful if it had informed its readers that MOT Testers’ hands are tied to an extent, especially as no dismantling is permitted and that the inspection is very different to routine maintenance.

The DVSA told What Car? that the MOT compliance survey is designed to identify problems with MOT testing, so they can be corrected. However, the DVSA told AT that the 2019- 2020 data shows a reduction in vehicles being passed incorrectly, compared to previous years, proving that testers are improving – a fact that the What Car? feature does not mention. Interestingly, DVSA also revealed that there has been a slight increase in vehicles being judged too harshly by testers, something it plans to address.

A difference of opinion…

Even so, cars are still passing the MOT, when they should have failed and this situation cannot be ignored. The question is whether this is down to genuine tester incompetence, which is a fair conclusion that an innocent reader could reach from the What Car? editorial, a difference in opinion, or even fraud? Testers are still making errors of judgement; further training in assessing wear in brakes, steering and suspension components is a good idea.

While brake performance and tailpipe emission performance rely on verifiable measured data, we all know that the assessment of many other items is subjective, especially in borderline cases. One tester might be cautious and use the word ‘excessive’ to judge deterioration of a specific part, whereas another professional may give the component the benefit of the doubt and record an advisory/minor fault, instead of a major defect.

We posed these questions to the DVSA, which admitted that the data from the survey showed that, in almost 90% of cases, the outcome was indeed down to differences if opinion. As a result, disciplinary action was taken only in 1% of the MOT Tests surveyed. Undermining the What Car? claims about potentially dangerous vehicles being allowed back on the roads by garages, the DVSA admitted to AT that the results show that: “A large proportion of the defects and differences found from this survey are of low risk to road safety.” While connected test equipment may help enhance test accuracy, the MOT remains a labour intensive procedure and garages need to ensure that testers are being kept up-to-date.

The DVSA views its connected equipment push as removing an element of decision making from the tester, which will help to reduce differences in professional opinions. As this gear uploads measured values directly to the MOT digital service, the DVSA says that it reduces errors and enables it to build a database. Yet, maybe it is too early to conclude that connected equipment is making a difference. Taking emissions as an example, the fact that noise, emissions and leaks together comprised fewer than 4% of the 2019-2020 MOT Compliance Survey disparities may mean that the connected strategy is working. Yet, braking systems represented the biggest discrepancy and so we should expect the figure to reduce in future surveys, as connected RBTs become more widespread. Even so, connected hardware will not help testers with visual assessments of pads and disc, for example, which the DVSA revealed were the most common areas in which testers were making misjudgements…

Suspension system components presented the second most common discrepancy between VTS and DVSA opinions, with pins, bushes and coil springs being the most popular items. Steering issues focussed mainly around ball joints, including track rod ends. Therefore, it is hard to see how connected equipment alone will help improve tester assessments in these most popular areas.

It is probably unreasonable to accuse the DVSA of ‘tester bashing’, including those that participated in the survey. Where a problem has been discovered, the DVSA told AT that it would have provided advice to both the tester and the VTS about wear limits and would have suggested that the garage conduct training and quality control tests to support the tester.

The agency also revealed that the survey shows that
it needs to continue its work with the garage industry to improve test quality. It highlights its philosophy of continual improvement both regarding the online MOT Test manuals and the digital application that is used by testers.

The DVSA found that braking system misdiagnosis was the most common (almost 18%), followed
by suspension (14.6%), then tyres (13.2%), lights (11.5%), with visibility, emissions, bodywork, steering, seat belts and vehicle ID being between 1 and 3% respectively.