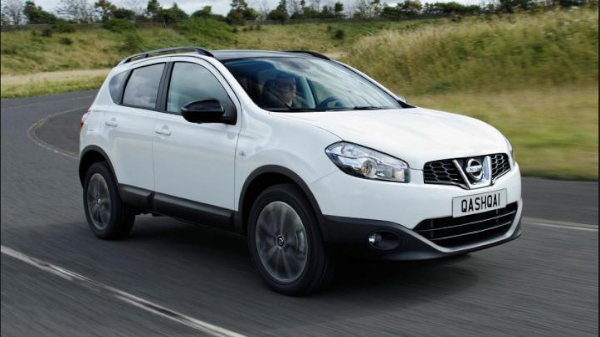 This 2007 Nissan Qashqai had been off the road for some time and even changed ownership due to suffering from a non-start condition. ‘Apparently’ it was an ignition fault, or so I was told!

Initial inspection revealed the car cranked over OK and at a good speed, but failed to attempt to fire, accompanied by a strong smell of fuel.

The ECU’s error memory was read and this revealed a single immobiliser fault code, although I wondered whether this was down to previous attempts to repair the fault and stored by accident. The fault code was cleared and the engine cranked a few more times and the error memory re-checked – no fault code stored.

I managed to source a full workshop manual online, which included engine management wiring diagrams and the system type and layout; useful information as I was less than familiar with this type of system.

I started with a few basic tests. Cam and crank sensors were checked for output and synchronisation, along with injectors and ignition coils. I was not surprised to discover that there was no spark present! Further checks of the coil pack wiring revealed the presence of correct supply voltage and ground connection, but lacked a control signal. The engine was fitted with individual coil packs controlled solely by the ECU, there were no external amplifiers or in-line connectors in the circuit to disturb or affect the signal. The signal test conducted at the coils was repeated at the ECU itself to rule out a wiring fault and the loom was load tested for good measure.

So, did we in fact have an ECU fault or was there something else preventing it from sparking? I double checked the inputs to the ECU and found no fault there, but the original immobiliser fault code still bugged me. I re-checked the error memory and this time carried out a scan of all modules to see if that gave any clues – a network error fault code would turn out to provide exactly that. 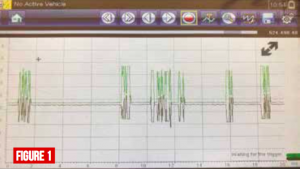 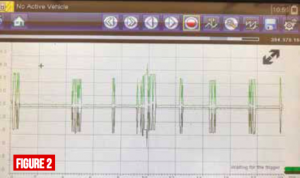 Having found a network related fault code, I decided to analyse the CAN network – both at the ECU and at the Body Control Module, this contains the immobiliser coding. Bingo! A distorted waveform revealed that the network did indeed have a fault. Disconnecting each module connected to that network in turn revealed a faulty Body Control Module. This was beginning to make sense now – the original immobiliser fault code and the lack of coil signal from the ECU.

A replacement, second-hand BCM was sourced and coded then the network re-checked. This showed that it had been restored back to a healthy signal.

Then came the moment of truth, the engine was cranked over, but failed to start. Did I have a faulty replacement BCM? With it being second-hand that was a possibility, but in the absence of any fault codes, a correct network trace with the ‘new’ unit in place compared with the old and a successful adaption process having taken place, I decided that was unlikely.

The wiring diagrams were once again referred to and the wiring between the ECU and BCM was checked and found to be OK. This led me to suspect the ECU after all. Could we have two faults after all? It was looking that way.

To reduce the risk of misdiagnosis, the ECU was sent away for testing, but came back as inconclusive due to a lack of compatibility with the company’s test equipment. However, I did manage to get them to confirm that the ECU’s ignition drivers were working.

A quick double check of the basics was carried out – cam/ crank signal, ignition coil power supply and ground connection, CAN network, etc. and all found to be OK still, so it had to be the ECU.A replacement was sourced (again, second-hand due to cost restraints) and coded accordingly.

The engine sprang into life for the first time in nearly a year and as if it had never suffered a fault in the first place.

This just goes to show that following a logical, well thought out process and having the correct information to hand will allow you to make an accurate diagnosis. That and the fact that two faults can often exist on the same job, which just makes it more interesting!

This just goes to show that following a logical, well thought out process and having the correct information to hand will allow you to make an accurate diagnosis. That and the fact that two faults can often exist on the same job, which just makes it more interesting!