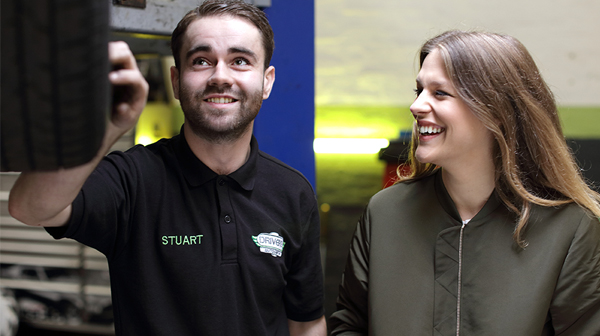 ECP will use TV ads to push business to independents

Euro Car Parts has teamed up with Ridley Scott Associates, behind classic films such as Blade Runner and Alien, to promote local workshop heroes as part of it’s first-ever television advertising campaign, which will air from Wednesday 2nd November 2016 on channels including E4, BT Sports, Sky One, Channel 5 and Film4.

The campaign, which was shot in the Scottish highlands, features a mechanic from Drivers Auto Centre Glasgow, a customer of Euro Car Parts. Set to Bonnie Tyler’s 1980s classic ‘Holding Out For A Hero’, the advert tells the story of a woman driving home to see her parents.  Prior to setting off, she visits her local garage where Stuart, the hero of the story, inspects her car. After recommending she change her brake pads, he calls Euro Car Parts – which ensures a speedy delivery of the part so she can be back on her way. This proves helpful later in the journey, when she is forced to make an emergency stop in front of a flock of wild sheep.

The advert also includes a nod to Scotland’s motorsport heritage, as most of the advert was filmed at Rest and Be Thankful – a famous hill climb just outside Glasgow that was previously used by the likes of Jimmy Clark and Jackie Stewart, and was a stage of the RAC Rally in the 1960s.

Martin Gray, CEO of Euro Car Parts, commented: “The launch of our first-ever television advertising campaign is the start of an exciting new chapter for Euro Car Parts. Through this new creative, we’re highlighting the fantastic work being carried out every day by mechanics and IMTs up and down the country. We are proud and humbled to partner with them.

The business has also announced it will be offering a first-to-market lifetime warranty on a wide range of mechanical parts. The new programme offers peace of mind to customers when it comes to purchasing major units such as clutch kits, rotating electrics and steering racks, as customers can rest assured that they will only have to pay for it once.