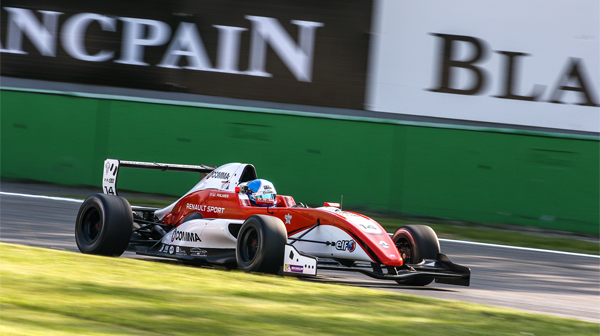 Exclusive: Will Palmer prepares for Monaco

“There’s very little track time for practise, and no bench marks for the circuit because the cars in our championship have never competed there before, so it’ll be an interesting race for sure. I’m very excited about it.”

Will Palmer, Comma’s 19 year old sponsored driver in this year’s major European Formula Renault 2.0 championships, is talking about his next big challenge – the daunting round-the-houses streets of Monaco’s Grand Prix circuit. Naturally, he’s looked to big brother and Renault Formula 1 driver Jolyon – who just happened to carry Comma’s colours to victory in the Monaco GP2 race in 2014 – for a tip or two. “Yeah, he’s given me a few pointers, and I’m hoping they’ll work to my advantage,” says Will, only too aware of the punishing consequences of putting a wheel out of place in the narrow confines of the principality’s iconic circuit.

After dominating the 2015 BRDC Formula 4 championship with a record breaking 50% win ratio and going on to crown his season by winning the McLaren ‘Autosport’ BRDC Award, Will chose Formula Renault – following much deliberation – as the launch-pad for his first racing foray outside Britain. “With Comma’s backing, I’m contesting both the Formula Renault Eurocup and Formula Renault Northern Europe series, which gives me 14 weekends of racing and 30 races in all this year,” says Will. “Compared to GP3 or European Formula 3, there’s much more track time throughout the season in Formula Renault, and I’ll make the most of that to learn so much more about car set-up, tyre degradation, how to manage my races and so on. I also get to experience and learn to race on seven of the circuits that currently host Formula 1, and that’s really important for the future.”

The list of Formula Renault 2.0 champions includes many a famous name that has gone on to race in Formula 1, including contemporary luminaries such as Felipe Massa and Valtteri Botas. In 2016, the quality of the competition is as high grade and keen as ever, with bulging grids and a crop of fancied up-and-coming front runners contesting both championships. Will quickly identifies his R-ace GP Belgian team-mate Max Defourny, Dorian Boccolacci and Lando Norris – all of whom have significantly greater experience than Will – as obvious ‘form horses’, but modestly fails to mention that he’s more than holding his own and performing impressively against them all in the early season cut and thrust. Indeed, with three podium finishes to his credit in the first two Northern European series meetings of the season at Monza and Silverstone, Will is already right in the mix, holding fourth place in that particular championship. 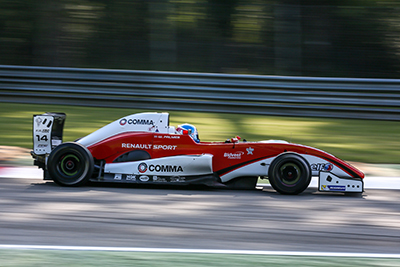 It’s clear that Will is exceedingly proud of winning the McLaren ‘Autosport’ BRDC award. “It’s been really good; the prestige and recognition that go with it are priceless, not to mention the big cash prize! Comma’s sponsorship helped me all the way through my two year Formula 4 campaign which led to my winning the award, and I can’t thank them enough for their continuing support,” he says. “The best thing of all is that I get to test a McLaren Formula 1 car at Silverstone later this year as part of my prize. It’ll probably be in the 2.4 litre V8 Mercedes powered MP4-28 rather than the current turbo hybrid model, but whatever they wheel out, it will be the realisation of a dream for me. I can’t wait.”

Meantime, a university degree course in economics has been deferred until September to allow Will to concentrate totally on the Formula Renault racing job in hand. “I’ve always enjoyed maths and been good at it. While economics would be important for a career in business or industry, it will certainly be just as relevant to my future in motor sport, and for sure, that’s the only thing on my radar,” he says.

It’s less than three years since Will scored his first single-seater race victory on a chilly November day at Brands Hatch. “It was such an incredible feeling, very special” he recalls. “I qualified on pole and was able to control the race. I’ll always remember that day.”

He was carrying Comma’s colours then, and has done so in all his races since.