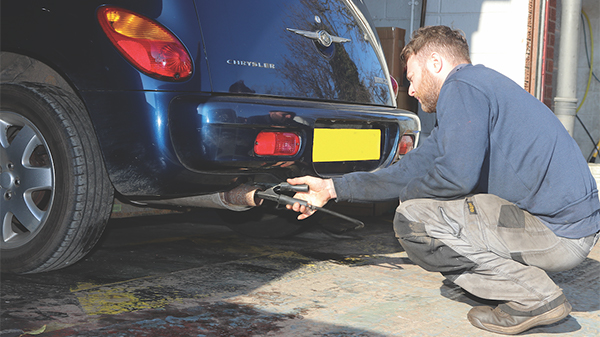 EMISSIONS – A LOAD OF HOT AIR?

For those of us who remember Ford of Britain’s early 1990’s slogan ‘Everything we do is driven by you’, accompanied by Brian May’s (of Queen) yowling guitar, might be aware that the motor industry has changed so much that every manufacturer’s motto may as well be, ‘Everything we do is driven by emissions’. Having this in mind may help to explain why carmakers design certain systems that we may see as illogical from a repair and maintenance perspective.

Since politicians prioritised taxing cars on carbon dioxide emissions in the late-1990s, CO2 became a marketing game. Yet, we expected the ever more stringent Euro emissions standards to protect us against the ensuing pollutants. We were misguided. Since we found out that carmakers had been fudging the laboratory-assessed tailpipe emissions tests, the political tide has turned against the combustion engine, despite viable and affordable replacements remaining for the distant future. To prove the point, our New Car Focus (on page 60) introduces two new conventional ICE Volkswagen Group cars that are not even given hybrid options, for now at least.

With the proliferation of after-treatment systems, it is all too easy to become fixated on the exhaust system and forget that fuel injection, sensors, common rail systems, ECUs and sound engine condition help to ensure that exhaust-mounted anti-pollution systems can work properly. Yet, some means of reducing emissions have been done in a rather confusing way. In the case of Euro 5 diesels, for example, the Exhaust Gas Recirculation (EGR) valve lowers combustion temperatures to reduce NOx emissions. However, this increases particulate levels, which have to be treated downstream by a Diesel Particulate Filter (DPF).

Do not think that petrol engines (including those fitted to hybrids) are squeaky clean, either. A typical petrol/gasoline direct injected (GDI) engine produces up to 2,000 times more harmful particulates than the older ‘multipoint’ indirect (port) injection, hence the recent uptake in GDI particulate filters, which is one new technology that our 4Tech section introduces on page 12.

Yet, certain factions of aftermarket are not innocent. For years, certain garages have removed emissions-reducing hardware instead of repairing it, while being under the misapprehension that they were not breaking the law. Tuning companies that promised their customers more power and better fuel consumption tended to be either unaware, or unwilling to “ admit, that the trade-off is increased emissions (beyond those measured by the typical MOT probe), potentially voiding the Whole Vehicle Type Approval of the car, making it technically unroadworthy.

HOW THIS AFFECTS US

Last May’s MOT Test changes were the most obvious evidence of the authorities taking action. Along with changes in the car tax system, many local authorities are establishing low emission zones and it would not be surprising if emissions spot-checks were carried-out in the future.

Meanwhile, almost everything you do to a vehicle, from servicing to repairs, can influence its pollution output and the MOT emissions test result, which is another reason why this topic is so vast, and that is before emissions from brake components and tyres are considered. From a tailpipe perspective, this issue examines the exhaust system itself from page 23, and why supplying type-approved systems is beneficial, plus the problems associated with DPFs and the latest SCR AdBlue systems for Euro 5 and 6 diesels especially.

Focussing on engine repairs and maintenance, from page 35 we also look at various belt driven systems, from Belt-in-Oil, to on-demand water pumps and the challenges that they present to the autotechnician, faced with keeping them in good working order.

Finally, on page 32 we look at upsell additives that might be sufficient to earn the car a ‘pass’. Meanwhile, if you think that we have missed a trick and you would like a specific story investigating, please let us have your comments, suggestions and feedback through either e-mail, or on our Facebook page.