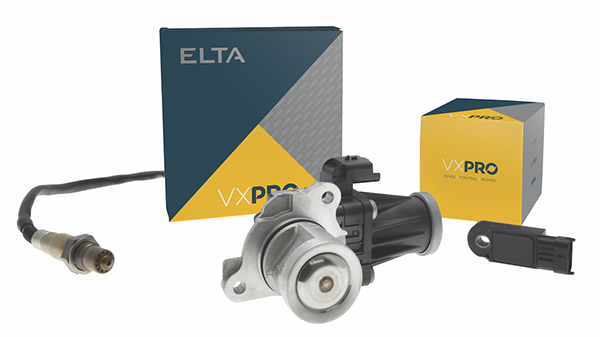 Elta Automotive says that with the myriad of sensors now called upon to work together to ensure the engine is functioning to its optimum efficiency, nowhere is this more evident than in the area of exhaust control and emission levels.

“In-depth analysis conducted by our TECHASSIST support service indicates that there are two common reasons for returns,” says ELTA Automotive’s Marketing Manager, Tim Brotherton. “The first is misdiagnosis. There are several causes of EGR-related fault codes and not all point directly to the valve itself. The second is technicians replacing EGR valves, but not addressing the underlying issues that caused the valve to fail. Our research shows that EGR valves that have failed prematurely are often heavily contaminated, indicating that they’ve been installed into a ‘dirty’ system.”

ELTA recommends a three-step process. First, clean the system using an EGR/turbo cleaning aerosol or a Terraclean (or similar) system, second, replace the EGR valve and third, reset the ECU so it recognises the new component.

“Other components to check include the air mass sensor – as a faulty sensor may not be measuring the correct air flow rate; the throttle body – because if this is malfunctioning, it may result in an insufficient amount of air entering the engine; and the vacuum pump, because pneumatically-controlled EGR valves can fail to actuate if it is not operating correctly,” Brotherton continued.

All the necessary replacement valves and sensors are available within its extensive engine management programme, VXPRO. The products are tested to ensure they operate within the manufacturer’s original parameters.

QR codes on the packaging gives installers access to product specific fitting and technical advice, without having to open the box.