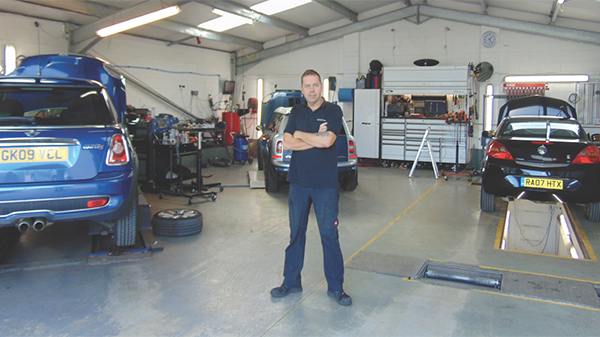 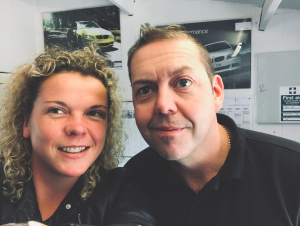 Autotechnician visits Trevor West of Westech Cars in Basingstoke to discover how his attitude has led to a successful repair business specialising in BMWs.

I first met Trevor West on a Euro Car Parts trip to Pagid’s manufacturing facilities in Germany a year ago. Trevor was invited along with other workshop owners to experience the R&D and production of TMD Friction’s braking brand – and to also enjoy the local hospitality and a hair-raising ride on the Nürburgring.

Trevor and I whiled away a few hours on the coach travelling between sites talking about the industry and his journey from a BMW apprentice to owning a successful repair and MOT garage, which continues to expand. He spoke of the importance of customer service and providing solutions for customers and turning down work from “aggro” customers. I was intrigued by his business savvy and promised to visit him to learn more about what makes him and Westech Cars tick. This month, one year on, I drove to Hampshire and did just that.

Trevor’s family had an electrical engineering background, so he began his college education in this area. A year down the line he was told engineering was a dying trade and a friendly lecturer advised him to get into motor vehicles. He worked with a local Volvo specialist on day release from college and this soon increased to four days working out of a shed on a local farm. He then moved to an all makes workshop, followed by a stint at Toyota in Farnham, followed by its Basingstoke site. A buy out from Viking pushed him into moving over to a Volvo dealership. His wife was also employed there as an administrator, she jumped ship to the local BMW Woods after-sales centre and he followed suit. After completing his BMW training, he was approached by Mercedes-Benz who wanted to set up a BMW dealership in Basingstoke. He helped build the business up from an empty shell and remained there for 10 years.

Although his passion for the job remained, he’d go down the pub at the end of the day and his colleagues only had work to talk about. Motivated to strike a better balance between life and work he planned to start up on his own. He remembers being told that you need 365 customers to make it work, so he carried on with his day job at BMW from 8am till 5pm and took on extra work in the evenings to build a customer base. After nearly four years of hard graft he put a date on his calendar to leave BMW. “I was knackered, I thought to myself I can’t keep doing it. Something’s going to give, I’m going to get ill or my relationship’s going to fall apart. I didn’t want to get bored of it I enjoy working on cars, I didn’t want it to become a chore.” 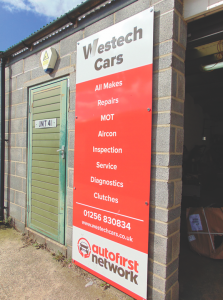 Three years on, he now has two workshops on a rural site, which Trevor says has the benefit of not attracting passing trade, and a loyal customer base of 2,000 customers. He has just taken on a receptionist who was front of house in a BMW dealership and has three full-time techs working on 15-18 cars a day.

He says that luck played a part in the opportunities presented to him over the years, but more than that, he’d always tried to go the extra mile for people, something that doesn’t go unnoticed, and continues to attract good customers at Westech Cars. They lay on courtesy cars and have taken the hit on awkward jobs, such as playing the middle man between the RAC and the used car dealer who supplied it, to save their customer hassle. Trevor has instilled the value of a high level of customer service, honesty and communication to his staff and believes this is a vital element to their success. They focus on putting themselves in the shoes of the customer and communicate the findings of any diagnostic work along the way.

Although the garages are hives of activity when we visit, there is a relaxed atmosphere and it’s clear that the business is important to him but that he very much believes in life outside work. We talk of the importance of striking a good work/life balance and he says how he turns down the extra cash that involves the team waiting around for customers after hours, so they can pack up each Friday at 4.30pm to head home or to the pub. Once a month they’ll go out for a curry, the team get a quarterly bonus and can take holidays when they like, within reason. “If you’re sensible about it and have a bit of give and take with someone you’ll get a lot more out of them.”

“I enjoy working on cars – I didn’t want it to become a chore.”

BENEFITS OF BEING PART OF A NETWORK

The business is part of the RMI’s Trust My Garage network, which has helped with Health & Safety aspects of the business, as well as legal and employment advice, best practice and customer service. Westech Cars is also part of Euro Car Parts’ Autofirst network and has just re-subscribed after its first year, “I get a reduced rate in waste oil and filter collection, discount on Shell oil, half price training, discounts through ECP on the promotions they have, it’s really good.” Trevor has also been impressed by Autowork Online, Euro Car Parts’ garage management system that deals with invoicing, estimates, labour times, stock reports and forecasts, and links to Sage accounts.

“You’ve also got the Technical helpline, you can ring them up 24/7 and its online as well. They’ll give you wiring diagrams for any cars.” They had recently used it to find the pin locations for ECU wiring on a Golf.

So, they have the systems in place, the right kind of customers, what’s next for Trevor and his team? Well, to stay up to date with the latest tech, the staff are undertaking Hybrid & EV training but apart from that, it is business as usual at what could just be the most chilled independent garage in business today!