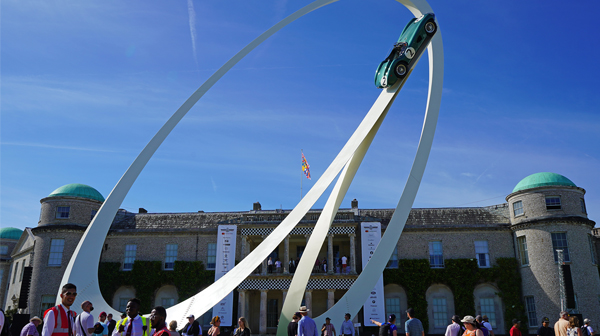 Glorious Goodwood: An event Britain can be proud of

Just off the A27 near Chichester in West Sussex, lies a place which has become synonymous with car enthusiasts across the world.  That place is Goodwood, home to the Festival of Speed.

At the heart of FoS is the Goodwood house, with the driveway being utilised as a hill climb race circuit from 7 am to 6 pm across four whole days. These aren’t box-fresh vehicles, some are classic racing cars that have actually won LeMans, some of the cars date back to 1923.

A walk around the paddock is a feast for automotive eyes. There’s everything from a selection of Michael Schumacher F1 cars – celebrating his 50th birthday – to the three-time world champion, Sir Jackie Stewart, now in his eighties, who is warming himself up before driving his Monaco Grand Prix winning Tyrell up the hill at breakneck speed. 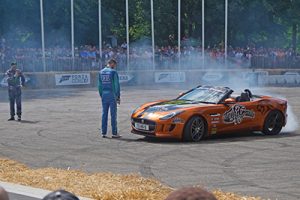 On the Cartier lawn there was a selection of immaculate classic cars, focusing predominantly on Italian design house Zagato. There was an original Aston Martin DB4 GT, truly breathtaking. One sold in 2015 for £9.5 million. On the same lawn where three early Bugattis.

Just a few metres down the way were Ken Block and Terry Grant doing doughnuts and car stunts. Next to that arena was the Bonhams auction, where the Williams F1 car used by Nigel Mansell in 1992 was sold for a staggering £2.7m. This was just next to the world reveal of the revived De Tomaso sports car brand, with its new P72 supercar. 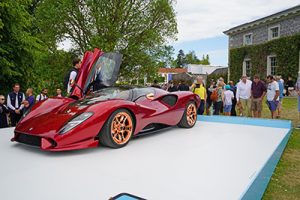 There’s also the imperious Red Arrows air display, Volkwagen setting an all-time track record with its electric I.D. R speed-weapon, passenger drift rides (if you could handle the queue) in a Jaguar F-Type, a Supercar Paddock where you could get up close to the latest machines, off-road driving experiences by Jeep and Land Rover and a Red Bull bike stunt area. All of this is happening at the same time, trying to choose what to do is a challenge, but a rewarding one.

There is nothing like it on earth. The best motoring event in the world is right here, in a surprisingly sunny West Sussex, just off the A27, not too far from Portsmouth. Who knew?