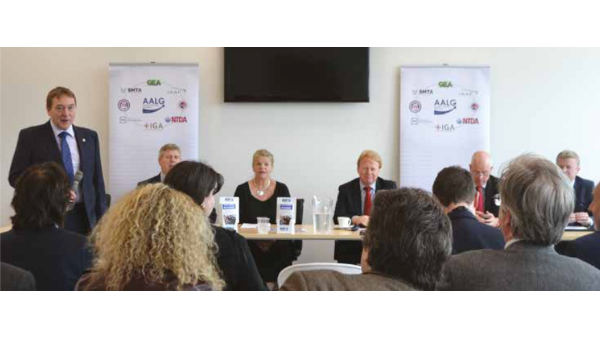 For those of you who don’t have any dealings with trade associations, you may wonder what benefit they are to workshops and the industry in general. Having worked in the aftermarket for 15 years, I have seen first-hand the practical experience each brings to the table and the hard work that goes on behind the scenes to promote a level-playing field, best practice and to represent the interests and issues of workshops and suppliers with the vehicle manufacturers and those involved in creating legislation here in the UK and in Brussels.
THE ASSOCIATIONS THAT FORM THE AALG ARE:
On a daily basis, each association is delving into its membership’s own areas of concern but they regularly join forces when the going gets tough, in the form of the Automotive Aftermarket Liaison Group (AALG), see side panel to meet the team. They strengthen the lobbying power of the UK aftermarket by discussing matters of common interest between its members and share resources to address issues. The AALG has successfully lobbied against several government proposals that would have negatively impacted the retail automotive industry, and are now raising awareness of several new consultations.
They recently met at Silverstone to discuss its new lobbying position on European issues that affect the aftermarket in a post-Brexit Britain. Here are the concerns raised by each member of the panel.
Dave Garratt, GEA CEO:
“The aftermarket is often overlooked, but it plays a significant role in the UK’s economy. The AALG’s job is to bring our industries associations, societies and institutes together to work for the
interests of all businesses associated with the aftermarket. Furthermore, in the event of Brexit, the development of the connected car and the trend towards electric and eventually autonomous vehicles, we believe there has never been a more important time to work together.
“Garage equipment manufacturers need to provide the aftermarket with the tools required to service, inspect and diagnose tomorrow’s vehicles. The introduction of the connected car brings forward a real threat of losing diagnostic connectivity for the independent sector. As I said earlier, there has never been a more important time for our organisations to work together to protect consumer choice”. 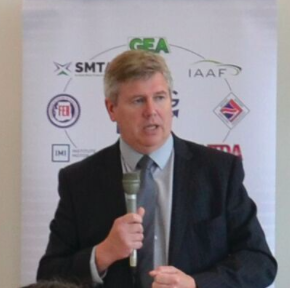 Stuart James, IGA CEO:
“One of the biggest issues affecting the independent sector is the ability to access vehicle manufacturers technical information, standing united with other aftermarket associations to lobby in the UK and on a European front will heighten the chances of a robust and time efficient solution”. 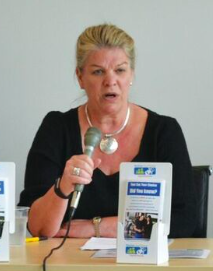 Wendy Williamson, IAAF CEO:
“We are currently striving towards overcoming a number of potential industry threats and have begun to promote the Your Car – Your Choice campaign to a wider audience. Protecting the aftermarket’s rights during the development of the connected car and Type Approval legislation is of paramount importance to the Federation, with the aim of ensuring the independent aftermarket
has a level playing field when it comes to access to technical, parts, repair and maintenance information. The IAAF strongly opposes extending the first MOT test from three years to four for
new vehicles and we are playing an active role in AALG to combat this.”
Sandy Burgess, SMTA CEO:
“As we progress towards the Brexit date, the landscape for our industry will change, no doubt creating any number of situations which will generate the need for significant, and potentially
costly, change. Acting as a strong united body, the AALG will be able to use the pooled resource of the members to ensure a clear interpretation of the impacts of these changes and provide clarity of understanding to assist those within the industry to take sensible action to mitigate these impacts”. 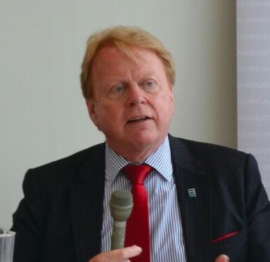 Steve Nash, IMI CEO:
“The AALG is a great example of the industry working together for the common good. With such a sophisticated and multi-faceted business as automotive is, it is not surprising that we have a large, diverse mix of representative bodies, all of which have important roles to play in looking after the interests of their respective members.
“But when there are important issues of mutual interest, such as the proposed changes to the first MOT test, it makes absolute sense to work together to form a larger and more powerful lobbying group with a common goal and a single voice. The Automotive Aftermarket Lobbying Group (AALG) was formed to do exactly that.”
Stefan Hay, NTDA CEO:
“Tyres are a crucial safety component and a major contributor to MOT failure. As a result, vast technological advances have been made to improve their performance in recent times, yet many
motorists still have a very laissez-faire attitude to basic tyre checks, with some still choosing to buy dangerous part- worn tyres. We welcome the support of our fellow AALG members in raising
consumer awareness of the importance of regular tyre maintenance”.
www.AALG.org.uk
An extended article is available on www.autotechnician.co.ukthis includes the panel’s views
on technician licensing, the small number of independent workshops taking up hybrid training & more. We will be discussing major concerns with each association as they continue to develop across the next few issues. If you would like to address your industry concerns with a trade body or come along with Autotechnician to meet them in person to find out how their work affects yours, email Editor Nicola@Autotechnician.co.uk
Tags: BBIF, British Battery Industry Federation, Dave Garratt, Federation of Engine Re-manufacturers, FER, Garage equipment, GEA, IAAF, IGA, IMI, Independent Automotive Aftermarket Federation, Independent Garage Association, Institute of the Motor Industry, National Tyre Distributors Association, NTDA, Sandy Burgess, Scottish Motor Trade Association, SMTA, Stefan Hay, Steve Nash, Stuart James, Wendy Williamson
SHARE THIS