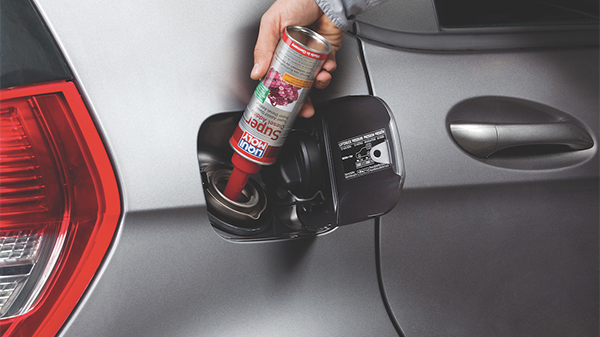 An MOT emissions failure offers an opportunity to upsell a variety of products and services; Rob Marshall investigates…

In the medical profession, the supply of a ‘sample’ helps to determine if something is wrong inside the body. The same is true of emissions – analysing what comes out of the tailpipe is a useful indicator of engine and ancillary component conditions. We heard recently of a DPF-equipped 2.0-litre Peugeot 407 failing its smoke opacity test, because the EGR valve was stuck open partially but the MIL lamp had not illuminated. Similarly, a 1980 Triumph Spitfire 1500 (not yet MOT exempt) possessed CO of 5.85% (against a pass of 4.50%) and HC of 2854 (against a 1200ppm limit) – apart from a slight intermittent misfire at tick-over, the engine ran well. The cause was a broken spark plug centre electrode. Both faults were identified solely by high emissions readings.

MOT failure repairs must not take advantage of the car owner, but a plan must be presented to ensure that the vehicle’s emissions are brought down to a level that are likely to be maintained in the real world, until the next test. Use your judgement; a neglected-looking vehicle may pass after a thorough service, for example. Otherwise, you may be able to promote your diagnostic expertise to pin-point a possible fault but start with the simplest route – replacing the catalytic converter blindly does neither customer, nor your repute any good, especially if it does not solve the problem. Yet, many narrow emissions fails are caused by contamination, rather than a specific fault.

A variety of cleaning products can be dosed into the tank. In an MOT failure scenario, an extra strong additive would be more useful, compared to a typical retail product, but note that certain products, such as Cataclean, are sold to both retail and trade customers with no formulation differences.

BG Products told us that its BG245 additive is an effective cleaner, when added to diesel, but its UK importer has heard of technicians seeking faster results, by pouring it into the fuel filter housing. While not recommended officially, BG245 contains sufficient lubricant to prevent damage to high pressure pumps and injectors, even if used in a highly concentrated form. 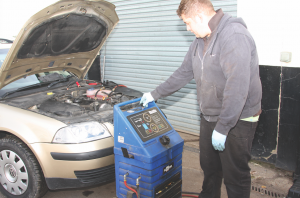 Definitions of contamination vary between unburnt carbon, oil deposits and gum formation from the fuel, all of which can cause inefficient running, which heightens emissions, especially on more modern engine designs. Yet, will the typical customer be prepared to pay for a comprehensive Terraclean service, for example, or seek a cheaper solution?

Liqui Moly’s approach is to add a can of its Diesel Particulate Protect to the fuel tank and drive the car for 50 miles at constant 3,000rpm engine speed, after which time, its Super Diesel Additive is then added to clean the fuel system. For non- DPF diesels, Liqui Moly recommends that its Diesel Stop Smoke is added and the car driven for a few miles at 3,000rpm, before being retested. Lucas Oil promotes its Deep Clean Fuel System Cleaner that removes tars and varnishes on petrol injectors, caused mainly by variable pump fuel quality. It is supported by the Lucas Fuel Treatment that can be used for both petrol and diesels that focusses on cleansing the fuel system components. While Tetrosyl, through its Carlube brand, sells a variety of petrol and diesel cleaners, its Carlube Fuel System Cleaner Diesel and Carlube Fuel System Cleaner Petrol are designed to yield the fastest results but the company suggests that recommending further use of its less concentrated products (for example Carlube Diesel Treatment, or Carlube Petrol Treatment) pays dividends as preventative measures.

RISE OF THE MACHINES

Offering an engine decontamination service as a means of decreasing emissions is a matter of deciding on whether, or not, there will be sufficient demand to justify your investment. Suppliers can assist with your choice, such as Terraclean, EFB and Hy-Carbon from FlexFuel. Even additive companies are selling their products for use with a dedicated machine, an example being Forte’s Power-Clean. With the continuing requirements to curtail emissions, it is certain that the link between engine contamination and high pollutant levels are likely to remain unfortunate bedfellows.