LATEST NEWS
You are at:Home»Article»Keeping lubes in-check – By Rob Marshall

Parts quality is an ongoing issue in the motor trade but how can you be sure that the lubricants you are using are not causing major damage to your customer’s cars? Rob Marshall looks at the current policing situation affecting engine oils.

The makers of sub-standard parts are out there…and thriving. In 1994, the Institute of Trading Standards stated that the counterfeit car parts industry was valued at £300m. Five years ago, the illicit market’s worth had ballooned to £26bn. While it can be very difficult to identify the difference between a poor quality component and the genuine item by a quick glance alone, oil presents an even trickier proposition. Like the retail buyer, the average auto technician professional is not a chemist and considerable faith is placed upon the specification claims on the label. So, how do you know that they are true?

AN ISSUE OF TRUST

This was the issue facing the United Kingdom Lubricants Association (UKLA), when it established the Verification of Lubricant Specifications (VLS) in 2013, after reacting to concerns raised by its members about products being sold on the open market at less than the raw material price. So, obviously, the VLS is a cartel that prevents new entrants entering the UK market, especially as many of its board members hold lofty positions within established British oil blenders…

“Absolutely not”, emphasised the UKLA’s Director General, David Wright, who revealed that: “Far from being a closed group looking after the vested interests of a select few, the VLS is an independent body and its members welcome new entrants actively to the UK lubricants scene. Yet, there has to be a level playing field and open competition. This is why we investigate complaints that are based purely on the performance claims and technical specifications of products. This is good for us, our members, independent garages and the end-user.”

Wright also emphasised that independence is vital to uphold the VLS’s credibility and the structure of its complaints and testing procedures are designed to be completely anonymous, as he explained: “While it is true that the VLS technical panel comprises of specialists from its membership, as well as additive companies and base oil suppliers, this is required because of their niche expertise. However, only the nature of the complaint is revealed to them. Details of the complainant, the product and the manufacturer are not disclosed and all cases are handled anonymously. In some situations, we have had technical panel members passing judgement on their own products without knowing it.”

David Wright combines his past experience of working within the petroleum industry and enforcing standards within the regulator, the Department of Education, in his current role as Company Secretary within VLS.

Unless the issue is caused by a simple labelling error, the oil might require laboratory testing, but such specialist facilities tend to belong to the UK oil blenders, something that might affect the VLS’s impartiality.

“This is why we do not use them,” clarified Mr Wright, “We engage the services of an external testing house, SGS of Ellesmere Port, which is independent and has no relationship with either us, or UK oil blenders. SGS obtains test samples on our behalf but the nature of the complaint is not passed-on, only an instruction of which technical characteristics are to be evaluated and which products will be tested.”

Once the laboratory has reached a conclusion, the technical panel makes its recommendations to the VLS Supervisory Board. Subsequent decisions and advice are passed to the oil’s maker, including requests that the product is modified to make it comply with the required specification, or performance claims. Any responses involving formulation changes are referred back to the technical panel and sanctioned. 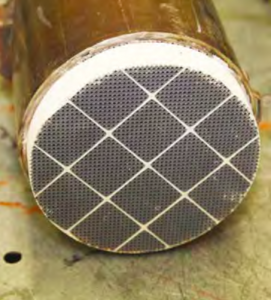 Many of the technical issues that the VLS uncovers include higher than specified levels of sulphated ash, phosphorus and sulphur (SAPS) in ACEA C-graded oils, which cause premature blockage of the diesel particulate filter monolith. 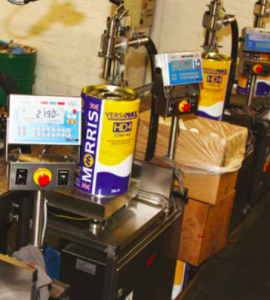 Trusting a well-established quality brand is not a bad idea, all of which have strict internal quality-control policies in place.

While credible lubricant blenders rush to correct accidental errors, why should the less scrupulous businesses care? While the VLS publishes each case’s details and conclusions on its website, see next page, thereby lifting the cloak of anonymity, each PDF resides online for eight weeks, prior to being archived, which hardly presents the same publicity deterrent as a full-page warning in the national press. While Mr Wright admitted that people were unsure just how much muscle the VLS could wield, when it was established, it has demonstrated influence, as he recalled,  “We suspended a member from the UKLA until the appropriate product changes were made to our satisfaction and the company was allowed to re-join. Yet, when it comes to active enforcement, we have found Trading Standard bodies to be immensely proactive when presented with our evidence.” 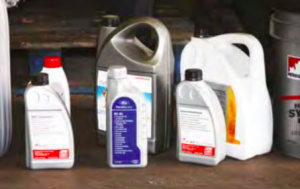 Additionally, the VLS sees its role as being more than investigatory. Informing both the motor trade and end- user about oil specifications and changes within the lubricants industry is an important remit that it is growing. Yet, it views that its current procedures should continue to be prompted by third-party complaints and the need to be proactive and seek-out non-compliant lubricants is unnecessary, because this is undertaken in Europe already by the Technical Association for the European Lubricants Industry (Atiel).

If you have concerns that an oil is making spurious, incompatible, or unbelievable claims, you can report it. Yet, to meet the high costs of conducting technically-led investigations, the VLS makes a charge but it justifies the stance as helping to ensure that claims are genuine. While the cost per case varies from £500 to £2,500, the charges are slashed considerably for VLS members. Should your supplier have membership, for example, it would be worth having it proceed with the claim, especially as it can be argued that supplying compliant lubricants is more in a wholesaler’s interests. http://ukla-vls.org.uk/case-outcomes 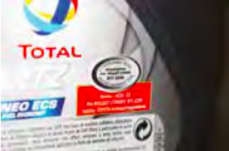 Official certification may mean that either a technical partnership exists between the blender and the carmaker, or that the oil blender applied for official approval, which can be a lengthy and expensive process. 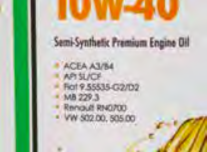 Instead of obtaining official motor manufacturer compliance, some oils are blended to the same specification as the official oils and it is not unusual to have the same additive and base oil suppliers as those that are sanctioned officially.

WORKING WITH YOUR SUPPLIERS

The days of holding a drum each of 20W50 and 10W40 is long gone, with the gradual move towards manufacturer-specific engine oils. From an all-makes aftermarket garage perspective, apart from ensuring that the oil you order meets the standards claimed, the more bespoke requirements of modern drivetrains mean that the wrong choice could result in severe long-term mechanical damage. Speaking to Autotechnician, a spokesman from battery and lubricants supplier, Platinum International, explained that it aids its trade customers with a VRM portal available on its website; inputting a registration number into which yields the correct engine oil specifications. Yet, Platinum International also revealed that,

“Any supplier should be sensitive about garage lubricants stock tying-up not only cash but also valuable storage space. This means that greater flexibility is key. We have neither a minimum order, nor value, policies and deliver the following day.”