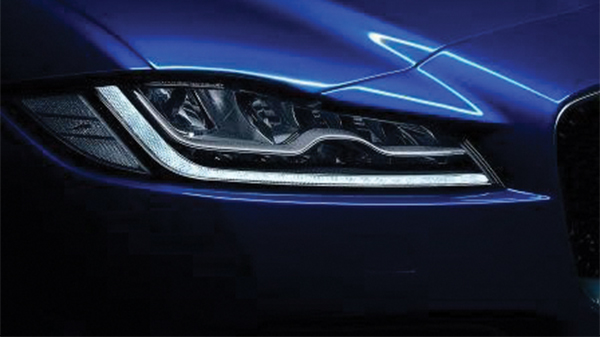 Rob Lewis takes a look at how automotive lighting has changed and where it’s heading.

Lighting technology seems to be at the forefront of vehicle manufacturers’ battle for technology advancements at the moment so I thought I would take a look at these systems and the impact it could have on the workshops who have to fix them.

Halogen is still the most popular with most manufacturers due to low production costs. Replacement costs are equally low and they have a life expectancy of about 1,000 hours. One thing to look out for are the cheap bulbs that are made of glass and not quartz glass, as they have a very short life. Also, how hard are some of these bulbs to replace on modern vehicles! autotechnician will be looking into this in the September issue.

You also need to be careful not to touch the glass section when replacing a bulb as the grease you have on your finger will be transferred and creates a hot spot on the glass, drastically reducing the bulb’s life.

I think we still have a few more years with this type of technology as it offers a good amount of light for cheap manufacturing costs.

High-Intensity Discharge – now we are warming up…

First introduced back in the early 90’s, this has become a staple option for the high-end of the market. This system is more unstable in its light production (high levels of light glare) and is harder to control compared to Halogen. Due to this, it is fitted with automatic adjusters and a washer system. It also requires a ballast unit to control operation.

The process of lighting up HID lamps happens in three steps: first comes the ignition phase, when a high voltage pulse up to 25,000 volts produces a spark that ionizes the xenon gas and creates a tunnel of current between electrodes. This quickly raises the temperature in the bulb, vaporising the metallic salts which lowers the resistance between the two electrodes. Ultimately, the ballast switches to continuous operation, supplying the lamp a continuous amount of power of 80 to 90 volts at 250 to 450 Hz so that the electric arc won’t flicker. The temperature within the bulb during operation can reach 815 degrees C, this combined with 30 times atmosphere pressure, forced the manufactures to fit reinforced headlamp units to cope with the risk of explosion.

High-Intensity Discharge lights do not suit main beam due to the startup time, so this has been addressed by ether having an additional bulb (Halogen) or using a shutter system where the light is deflected on dip beam. This has sometimes been called bi-xenon.

The light output of this system is a massive jump up from Halogen official stats – a HID bulb produces 3,000 lumens, whilst a halogen light generates just 1,400 lumens.

HID bulbs should last a lot longer compared to Halogen, up to 2,000 hours. This is due to the fact that there is no element. As with all new technology, the price of parts has dropped steadily over the past few years. One thing to look out for in older systems is the use of mercury in them, these need to be disposed of in line with local legislation.

Light Emitting Diodes have been used for a few years now on most lights within the automotive field but only in the past few years have they been used for dip and main beam lights. The first production units appeared in 2004, but why did it take so long to move into this area? Well, the simple reason is heat. You are probably reading this thinking “Rob, you are talking rubbish!”. Light emitting diodes do not create heat and you would be correct. The problem comes from heat at the bottom of the emitter, mainly the chip, when the electricity passes through, creating a potential risk for adjacent assemblies and connectivity cables. This reason is why LED headlamps need cooling systems, like heat sinks or fans to keep them from melting. This cooling system means that the lighting system has started to become far more complex than just a change of light source. On a system I am currently working on we have a control module and a cooling fan. Add to this the adaptive light system and now the system requires two Local Interconnecting networks (LIN) going in to it!

The system itself is lower in output compared to High-Intensity Discharge Systems, but as the light is whiter and closer to daylight our eyes react better to it so they appear brighter. The advantage for the manufactures is that they no longer require the extra expense of a reinforced light lens, head lamp washers or automatic levelling system.

Most manufacturers are saying that the life expectancy of this system should last the life of the vehicle so replacement and a smaller size of the unit leads to more flexibility when designing new cars.

Laser Lighting – let the force be with you…

Lasers have been available for only a few years but are lighting the way forward (sorry, couldn’t resist!). They have a light output that is 1,000 times brighter than LEDs and only need half the energy. Couple that with twice the distance (600 meters) and this looks like it will be the light source of the future. There is a drawback to this kind of technology and that is cost. One manufacture offers it as an upgrade for one of their high end vehicles but the cost is £8,000! You could buy a reasonable second-hand car for this!

The system has up to six lasers in each headlamp. These do not point out to the front as this would be too damaging to anything in their way, so it is fired towards a set of tiny mirrors, then into a tiny lens containing yellow phosphorous gas. This means the light that you can see is created by the phosphorous gas and not the laser.

The system has to have a failsafe where it will shut down if not operating correctly, as you can only imagine the damage that could be done if the laser was pointing out the front!