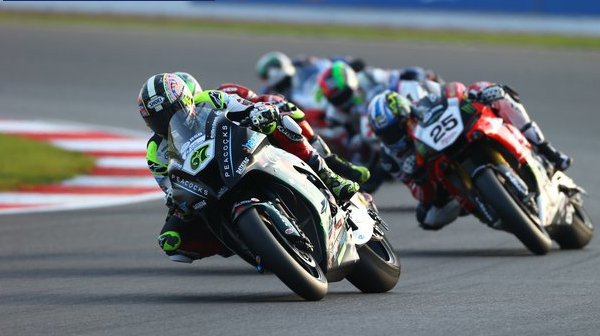 British battery charger manufacturer Traction Charger is sponsoring Michael Howarth in the 2016 British Superbikes.  The former Rugby League player will make his return to the MCE British Superbike Championship 2016 with his team ME Racing. His first race meeting is on 10th April at Silverstone, and will be televised on channel Eurosport 2 from 11:30am – 18:00pm. 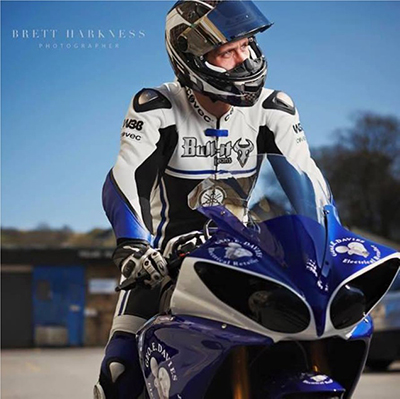 Michael will be riding the Yamaha YZF-R1. This bike was previously ridden by both Tommy Bridewell and Josh Brookes for Milwaukee Yamaha, finishing third and fourth respectively in 2014 British Superbikes. The bike weighs in at 196kgs for maximum performance, is capable of over 200mph and has an impressive 210bhp.

Sponsors Traction Charger create battery charging technology for the automotive industry and also design and manufacture bespoke charging solutions for both one-off production or volume applications. The company has been at the forefront of battery charging technology since the 1980’s, when the company developed the first charger to correctly charge the then new Calcium/Calcium and Calcium/Silver lead acid batteries. Since then, Traction Charger has developed many new charging products, including the patented Sulphation Recovery Programme used by many of the world’s leading battery and vehicle manufacturers.

As part of the sponsorship deal, Traction Charger will be supplying a Battery Support Unit for Howarth’s Yamaha bike. The BSU provides constant voltage during diagnostics and programming operations, avoiding any possible loss of data or damage to control units whilst the vehicle is in a ‘Key On, Engine Off’ state. This technology will allow Howarth and his team to carry out pre and post-race analysis without risk of power loss or battery drain.

Michael Howarth says of Traction Chargers BSU: “We’re really excited to be introducing this technology into our race strategy. The unit will achieve two positive outcomes for us – firstly it will reduce any risk of losing any essential data that we download from the vehicle whilst analysing the race. Secondly, to keep the vehicle lightweight for maximum speed, all components are reduced to their bare minimum in weight. This, on occasion, means that batteries are drained during diagnostic analysis and forces us to use starter rollers on the start line. Using Traction Charger’s battery charging technology means we’ll no longer have to contend with this frustrating task and focus solely on the race.”

Chris Walker comments on the sponsorship: “We are absolutely delighted to have agreed this new sponsorship deal for Traction Charger. Michael Howarth has proved his potential as a first-class British Superbike contender and we’re proud to start this journey with him and his team, and to be part of his successes in the 2016 races. The core pillars of the Traction Charger brand are in innovation, quality and British-origin, three principles we feel are present in British Superbikes and Michael Howarth.”

The Battery Support Unit that Traction Charger will be supplying is the BSU2-50, which is OEM approved by Jaguar, Land Rover, Volvo, Ford and Nissan. This unit provides a stable voltage and up to 50 amps of fully regulated power to prevent loss of charge and damage to the battery. BSU2 can be used with any 12V automotive battery including AGM and GEL. When the battery is charged, the BSU is a regulated power supply to sustain accessory loads and offset parasitic drain.

Michael will be reviewing Traction Charger’s Battery Support Unit range on the BSB weekly show ‘Motors TV,’ which broadcasts at 9pm Thursday evenings during the BSB season. The show provides a “behind the scenes” insight into what it takes to compete, including the equipment that is used to optimise performance.