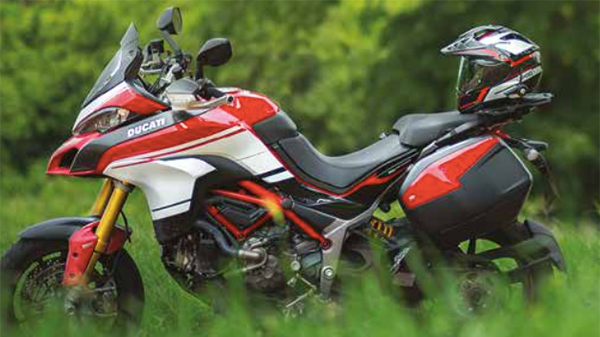 Meals and wheels – by Jake Taylor

By autotech-nath on February 1, 2018
Article

They’ve made their name in the culinary world as a couple of bearded bike aficionados touting honest grub around the world – and it’s clear for all to see that Dave Myers and Si King are just as passionate about their petrol-head personas as they are about their culinary careers.

Over the past decade or so, TV’s Hairy Bikers – aka Dave Myers and Si King – have travelled the world in search of culture, cuisine and the road less travelled. And anyone who has caught up with the duo’s antics in that time would know that it doesn’t take much to set these hirsute buddies’ tongues wagging.

The Bikers have just returned from their latest gastronomic road trip through the Mediterranean. Having travelled so many roads across so many countries, are they able to pinpoint just where in the globe they found the most joy on a motorcycle?

“We have been incredibly privileged and fortunate enough to ride some of the most iconic routes, generally,” Myers begins in his Lancashire brogue. “In Majorca, there’s a
road called the Cobra and honestly, it’s the most amazing motorcycle road I’ve ever been on. We were there after Top Gear had just finished filming there – it’s one of the most famous roads in the world. There’s an excellent restaurant and café at the top of the Cobra; it’s just got to be done.”

It’s not long before his biking buddy King begins to reel off a list of locations most motorists could only dream of one day cruising along, let alone being paid for the privilege. Suffice to say, it’s enough to make even hardened  travellers a little green around the gills with envy.

“If I was forced to choose one,” says King, “we had a route that started in Tangiers, through Marrakech, up through the Atlas Mountains and out the other side. We did that in about two days. That’s pretty cool; once you’ve been to the top peaks of the Atlas, you see the sights, which are incredible. You’re not that far from the Sahara Desert and then you feel that tingle that you have been on a proper adventure.”

“Tyrol in the Austrian Alps – it’s kind of lederhosen and such!” interjects Myers. “Then the mountains in the east and then up through the Western Ghats mountains and through the hill stations and onto the western coast of Kochi. Or in Mexico, from Hakata to San Cristobal on the Guatemalan border, right down the highlands of Mexico – we did that on Harley Davidsons. They were some fine bikes. We’ve done all right, haven’t we?” 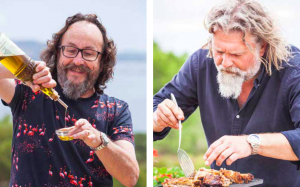 As any biker worth their salt would know, to get a job done properly you must first equip yourself with a worthy hog. Though Myers and King were spoiled for choice as always – “we have a stable of motorcycles between us,” grins King – the perfect ride was a heady combination of style and substance.

“We had Ducati Multistradas for the last trip,” explains Myers. “We chose them because they were red and they were Italian; we were in the Mediterranean after all. We do ride on a lot of different surfaces and you want motorcycles to have a presence on camera and they certainly did. They worked really well for us, it was great.”

“They weren’t too heavy and no matter what little off-road we did, they held up really well,” agrees King. “And they had a top box, so we could keep all of our stuff in there. You can put all your bits and pieces in the top box, so the bike becomes your home. They were very forgiving, good and friendly. Great bikes!”

Firmly back on British soil, Myers and King are agreed that a spot of time off will do them the world of good, which means swapping their work bikes for specimens from their vast personal collection. They also have one eye on the future in terms of when they’ll be riding electric in upcoming shows – “It’s inevitable,” says Myers. “And why not?” – but for the present time at least, it’s still petrol all the way. 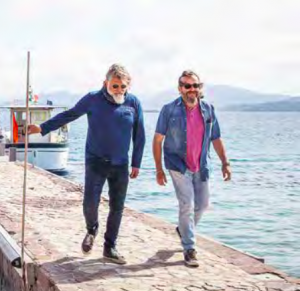 “If we go somewhere we have to hire a bike, that’s why we change the bikes all of the time,” says King. “But Dave’s got a big Kawasaki 2L Sports Tourer and I’ve got the Italian Exotica and a Laverda Jota from 1976, which is my dream bike. I’ve also got my Kawasaki 1400 if I have to go from England to Switzerland, for example. At the end of the day though, you just love whatever you’re riding!”