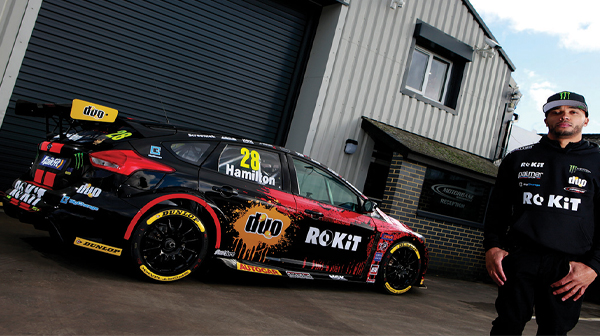 Racing driver Nicolas Hamilton, who competes in the 2019 British Touring Car Championship, will be appearing on NGK’s stand at Automechanika Birmingham.

Hamilton, the brother of F1 champion Lewis, will be on stand N170 at the NEC from 10am to 3pm on Wednesday, June 5.

The 27-year-old, who has cerebral palsy, is being sponsored by NGK in the BTCC championship, racing a specially modified Ford Focus RS for the ROKiT Racing with Motorbase team.

Visitors to the stand during the show, will also have the chance to compete on a virtual reality racing simulator, with the person recording the fastest lap time over the three days winning the BoxClever Cup and a voice-controlled Amazon Echo Plus. The first 200 garage visitors each day will receive a free LED Pocketstar torch.

UK Marketing Manager, Mark Hallam, said: “Our staff will be on hand throughout the show to talk to workshops about the full range of our ignition components which they fit daily in their workshops. Plus, there will also be the chance for visitors to receive some fantastic gifts, making it a must-visit event.”