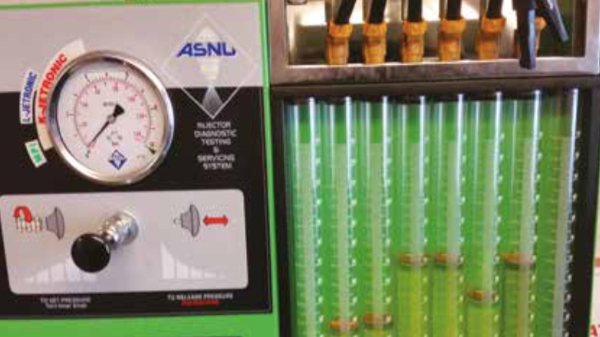 Although not a GDI engine, this job shows how useful the capabilities of the ASNU bench and ultrasound cleaning system are in diagnosing vehicle running faults and restoring injectors.

We had a rare Mitsubishi Pajero Evolution in our workshop back in February for diagnostics. The symptoms were poor running, a very rough idle and misfiring worst when cold. The vehicle had already been worked on, as is the case with most of the vehicles that come through our doors. Most ignition parts had been substituted and the fuel filter had been replaced but the fault remained. 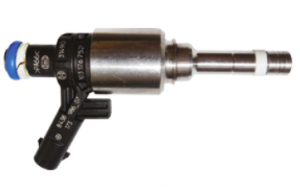 Our initial diagnostics showed there were no fault codes present, although these could have been erased. All available live data looked normal and the ignition was tested on our Scope. We also tested the basic mechanical condition of the engine, conducting engine vacuum and compression tests. All proved to be correct and the only clue to the cause of its problems was high hydrocarbon content when the exhaust emissions were tested, indicating poor combustion.

After gaining approval from the customer, we removed the inlet manifold and the injector rail. The injectors were tested in-house on our ASNU bench and the results were quite dramatic. 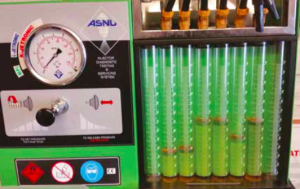 As you can see in the top image, the spray patterns were poor with very uneven deliveries. This confirmed our suspicions of poor combustion.

When we removed the injector filters before cleaning, there was a large amount of sediment inside, see above. Ultrasound cleaning would not bring these injectors back to life. These injectors are very rare and we were faced with trying a substitute or having some built to match. After consulting with ASNU, we decided to try a more radical approach, which involved further cleaning and making up some adapters to enable us to back flush the injectors under high pressure. Several cleans and flushes later we managed to restore the injectors back to a perfectly matched set.

We rebuilt the inlet after fitting the injectors and ran the engine again, all was well, restoring perfectly smooth-running, cold and hot.

Injectors are the one thing not normally tested during diagnostics but are the component that carry out the most essential part of the combustion process – injecting the fuel in an atomised spray in the correct quantity. 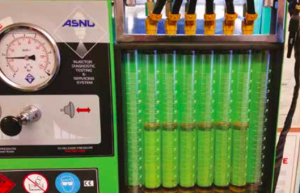