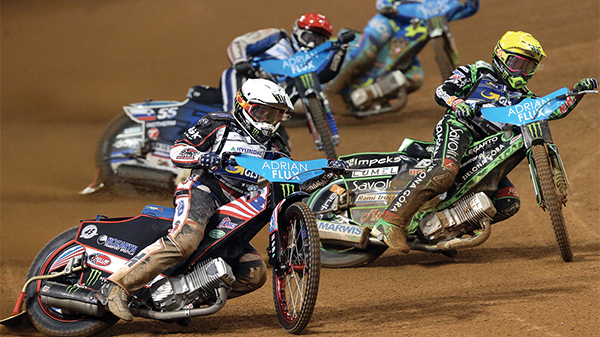 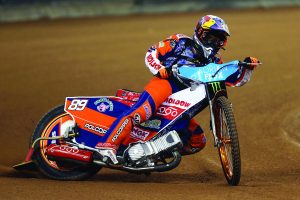 The 48-year-old Californian reached the final in front of more than 40,000 fans at Cardiff’s Principality Stadium with Poland’s Bartosz Zmarzlik winning the event ahead of Britain’s Tai Woffinden, the current championship leader. Greg scored 12 points during the meeting and lies in sixth place in the championship, just six points behind third placed Maciej Janowski.

Fellow NGK-sponsored rider Emil Sayfutdinov made the semi-finals in Cardiff and is in fourth place in the overall standings on 56 points. It was a frustrating evening for NGK stablemate Matej Zagar who scored just six points on the night while the 2018 British champion Robert Lambert, who is also supported by NGK, had a night to forget scoring just one point and being involved in a spectacular collision with current World Champion Jason Doyle who had to be taken to hospital suffering from minor fractures.

NGK Spark Plugs (UK) Ltd Marketing Manager Mark Hallam said: “It was a fantastic meeting in Cardiff, full of excitement and drama. Greg has many fans in Britain and rode superbly to reach the final but unfortunately could not quite make the podium.

“Overall it was a tremendous occasion and provided great entertainment for Speedway enthusiasts lucky enough to be in the stadium or at home where it was shown live on BT Sport.”

NGK – a leading supplier of original equipment (OE) spark plugs, glow plugs and NTK Lambda and other engine management sensors – is a long-standing supporter of Speedway and sponsors a number of top riders as well as the Wolverhampton Wolves Speedway team.

For more information on NGK Spark Plugs (UK) Ltd and its products and services, please visit the website www.ngkntk.co.uk