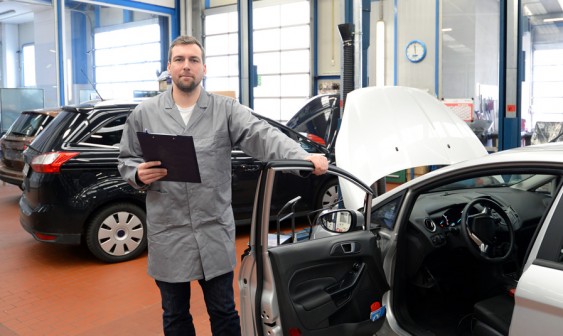 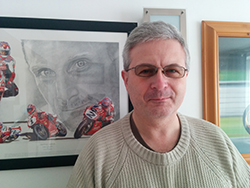 I run my own small garage business – Tech Know Garage Services, which is also a garage equipment repair agent and I teach part-time for Bosch Automotive. I’m an ATA Master Technician, amongst other things.

I have worked in and around the motor trade since leaving college, for many big companies in both manufacturing and supply chain, as well as being hands on the spanners as well, before starting my own business.

Having had experience in many facets of the trade over the years, and dealing with literally hundreds of garages and technicians, I see many aspects of what’s going on out there and to be brutally honest, sadly – it doesn’t make good viewing.

We know that the public perception of our trade is pretty poor, we’re probably only one above estate agents and bankers in the popularity ratings, which is somewhat unfair, but sometimes we are our own worst enemy.

The motor trade has had this ‘Super Complaint’ hanging over its head for a number of years now and unless we put our own house in order, we may have licensing forced upon us by the Government.

One thing’s for sure, if licensing does come our way, it won’t be a bad thing for most of us, but those who have already got their technical abilities to a higher level will have the advantage over those who haven’t.

The only way we can start to break this poor public perception of the garage trade is to smarten up our act.

When it comes to smartening our image up, I don’t mean just having nice reception areas, seating and Wi-Fi for customers – although this is a great image builder, I mean becoming top professionals in our field.

You’re probably assuming that I’m now going to witter on about training, as a trainer I would of course, but training is only a part of where we need to go.

Most people simply think of their car as a means to get them from A to B. In reality, most people buy a car based on colour, price and the reputation of the brand. Generally, most people don’t care about the emissions, unless they are looking at taxation class and perhaps if they are exempt from the congestion charge. They do, however, generally care about safety, especially if they have kids but again, most cars are as safe as one another these days.

So here’s where we need to educate the public, I’ve often said to customers: “You do realise that your car is every bit as advanced as a modern commercial airliner, using all the same technologies within it – the big difference is the fact that no one person will work on every technology on an aircraft. You’ll have engine technicians, avionics technicians, airframe technicians, hydraulics and pneumatics experts and so on. However, we are expected to work on every facet of that machine and add to the fact that each make and model is different and requires us to have different tooling for each!”

Once you can get across just how technically advanced even a modern ‘basic’ car is, you can then start to work on them about spending money on it. In general, most people’s car is their second most expensive purchase after their house, so I point this out to them. Preventative servicing is far better than a break down.

If we can start to get customers to appreciate all of the above, there’s a fighting chance that we can start to charge the right money for the job we do. Let’s face it, there’s other trades out there that charge far more than we do for a less technical job which doesn’t require the purchase of even a fraction of the tooling and equipment that we need, yet there still seems to be this notion out there that we are ‘grease monkeys’ and shouldn’t be able to charge much.

We’ve all seen all sorts of soft franchises and membership schemes come and go, trying to bolster the image of our trade – some give you a nice sign and not a lot more, others give some real backing but don’t ever really get recognised by the public. To be honest, the jury is still out on a lot of these schemes, but what we do know is that decent customer service, an honest job and great technical skills is what we need to win and retain customers.

It’s vital that we improve the technical skill set in our trade. The reality is that car technology is moving forward, faster than ever and if you do nothing to try to keep up, you’re actually slipping backwards – fast.

In point of fact, we will always need all sorts in our trade, a good ‘MOT’er who can churn out several good, honest and consistent MOTs a day; service technicians that can provide great, no comeback services every day and fitters who can do the mechanical work. In addition, with cars getting increasingly complex, we need fully trained diagnostic and master technicians who are fully conversant with the latest technologies on cars, as well as understanding the science, technology and electronics behind the systems – this is the only way we’ll be able to stop the main dealers getting all that work.

The worrying trend that we are now seeing in the UK is that we are going the route of the US in as much as many are now using personal leasing as an avenue to obtaining a new car, rather than buying. This immediately puts us on the back foot, tying the car into the dealer until either the customer chops it in against a new car or pays the final payment to make it theirs. Either way, we need to be able to face whatever the vehicle manufacturers throw at us and of course any legislators who want to throw the possibility of licensing our way.

Sorry if this sounds like a sermon, but better that than a eulogy in a few years!

In the March issue of autotechnician, we’ll get technical.

Do you think it’s about time the trade was licensed to highlight the knowledge and skill required to work on modern vehicles or do you think it’s a waste of time? If you believe it can’t happen soon enough, who should police it and how involved should it be?

Do you regularly undertake training or find it too difficult to take time out of the workshop? Email Nicola@autotechnician.co.uk your views.