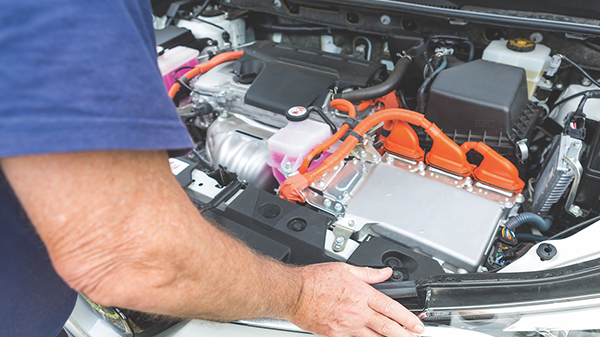 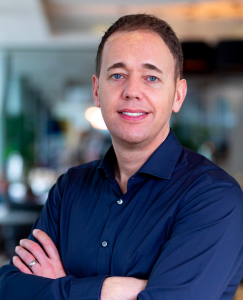 Andy Hamilton replaced Martin Gray as the CEO of the Euro Car Parts Group in January and leads an executive team comprising several new recruits. He joined Euro Car Parts in 2010 and held several different roles within the company, the last of which was Chief Operating Officer. During this time, Euro Car Parts experienced significant growth, as the branch network increased from 89 to over 220 locations. In 2016, Andy was asked to assume a position with LKQ Europe and most recently held the title Chief Commercial Officer, responsible for several pan-European projects involving digital strategy, revenue optimisation, category and product management, pricing and garage customer concepts.

Its existing pricing structures and plans for its Autofirst garage network were high on my list of questions for the new CEO and as Andy and I introduced ourselves within the meeting room at T2 and gave each other a potted history of our aftermarket experience, it was clear that although far removed from a technician on the tools, he is well-versed in the concerns of its customers and the challenges they face, and plans are underway to address them.

It has certainly been a busy couple of years for the company, consolidating its distribution with the opening of its vast national distribution centre ‘T2’ near Tamworth, and its expansion across the UK, Republic of Ireland and Europe. I ask Andy where his attention will be focussed in the coming months and how this will ultimately benefit workshops. He describes two main trajectories for the business – the first is optimising the business internally, following the acquisitions of the Arleigh Group, Hella Ireland, Team P R Reilly and Andrew Page. In addition to fixing these issues, the focus is preparing themselves and the market for what’s coming. “There’s a number of things we’re going to start putting into place to start preparing the UK independent aftermarket to be better equipped to do the work. What we’ve been trying to do as a team is look at a number of issues we had to sort out as well as putting some strategies in place for the next 24, 36, 48 months. There will be several abilities we as a business need to have to be able to provide the workshop with the right information, right support and parts. The role becomes the preservation of the independent workshop, not just a ‘transaction on parts’ relationship. If in five years’ time all we’re doing is selling parts, either they’re going to be struggling or someone else is going to be providing the technical support, insights and training, data, the tools, work referral etc. Vehicle technology is really ramping up now, we’ve got to migrate to a more service and parts orientated organisation.”

WHAT CHANGES CAN CUSTOMERS EXPECT TO SEE?

Euro Car Parts customers will see more consolidation in the brands sold and digitalisation will also be addressed, Andy explains: “Historically it’s been a paper-based transactional relationship with the garage, we’re going to spend the next 18 months improving all the digital touchpoints for the trade customer. We launched integrated technical data this year, a new online learning management system with its assessments and training, and we go live with the rollout of our new garage management system next month. By the end of this year, we’ll start looking at how we can get potential fleet customers into the independent market,” by providing a platform that small to medium fleet players can use to connect with a network of independent workshops rather than heading straight to the main dealer.

The organisation also recognises the conflict that exists in its online retailing and the team are looking at ways they can help refer motorists who are buying parts online, to get them back into the workshops. “A large percentage of the people buying online are probably not fitting the parts themselves,” says Andy. I ask if he thinks it’s a good idea for workshops to be fitting parts that customers have sourced themselves, “It’s like everything, it’s going to eventually do the whole loop where service work will be booked online and sent into garages.

We need to be agnostic from an e-commerce perspective, there will be various players that end up managing the work, internally we use the analogy of Uber. Whether the black cabbie likes it or not… from an experience perspective, it’s more convenient and frictionless. Euro Car Parts will not be controlling that end consumer, what we need to try and do is to be a platform that enables that work to happen back in the garages. That will eventually not only be the parts but also the technical support and probably the data to go with it, we’ll be the front-facing partner to App providers or other digital platforms that are managing and reaching out to people. Probably five years down the line, most things will be booked via your phone.”

GARAGE NETWORKS AND THE MOVE AWAY FROM ALL-MAKES SERVICING

The discussion moves to its Autofirst network, which recently joined forces with RAC approved garages. I ask how this will evolve under his management: “This depends on what the independent workshop wants,” replies Andy. “Do they want to be involved in fleet work, do they want to deal with certain types of cars, provide certain types of services… what we’ll try and do is have a menu of different concepts that will have the same backbone and supporting infrastructure, technical information and support, and tailor the front ends. So, it might be a plaque on the wall, or you may want the full branding, but the point is, we’ll try and provide a service that suits you. What has tended to happen in the past is that there’s one concept and one way… and I think we’ll end up where you will see more specialised workshops in the future.”

RETAINING A HEALTHY MARGIN ON PARTS

I conclude our conversation with a question from an Autotechnician reader, ‘What are you doing, or planning to do, to help the independent repairer maintain their parts margins in the future?’ Andy begins by pointing out that three of the four top online automotive parts players in the UK are non-UK based companies. He predicts, “The proliferation of the internet is going to happen and it’s going to happen at force and that’s going to drive bigger transparencies in the markets. We’re all playing catching up in various ways.”The Euro Car Parts management team will be working with a number of industry experts, including The Garage Inspector, workshop business consultant Andy Savva, to discuss garages marking parts up. If a garage does a cost-plus model on their parts and is negotiating with the sales advisor on price, if they’re using the same percentage mark up, they’ll actually make less margin. You’re almost better off, almost better off, just having a standard retail price, otherwise you’re just giving it away. The more you haggle, the more you actually give back to the end consumer. Having the right price for the right job, for the right vehicle in the right area is really important and that sounds fantastic and easy to say but it’s a colossal job to actually get into practice.

“We’ve got variable ways of how we manage pricing across the business and across the country, because of the age and maturity of the branches, plus acquired businesses, so we need to make it simpler for the garage, number one. We need to make it more fit for purpose, pricing for each product based on the car and the part it is and we’re going to try and help them price that more effectively so that they can retain their margin in there. The internet explosion has become prevalent in the past few years, no one’s caught up with it yet. Yes, internet pricing is a challenge, we need to get better at how we manage that, how we price to the retailer and the trade… For me, and the digital team, the focus is how we get that physical work rotated back into the workshops.”Over the next eighteen months, they are looking to push small to medium fleet business work through to their garage networks. “It’s very much about preservation and keeping everything moving.”