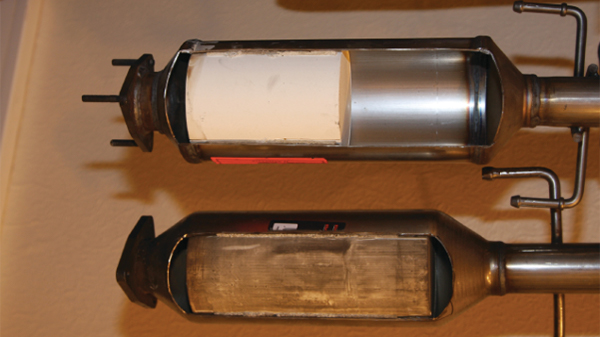 In general, the factory-fit Original Equipment (OE) exhaust lasts considerably longer than the items that were fitted to cars driven by our ancestors. Not only are advances in exhaust design and materials responsible for the situation but better fuel technology (including reduced sulphur blends), higher engine efficiency and mechanisms that promote rapid heating of the catalysers for emissions-reducing purposes have also played their roles.

While our politicians remain determined to demonise diesel passenger vehicles in particular, exhaust systems on heavy-oil fuelled cars tend to last longer than those powered by petrol; one reason for this is a layer of carbon that forms within the pipes and silencers, isolating the metal from moisture and corrosive gases.

So, how can Klarius Products, an aftermarket exhaust developer and the UK’s largest producer, claim an increase in both turnover and profit, when the market appears to have flatlined?

To explain, the company’s co-founder and Business Development Director, Paul Hannah, told Autotechnician that, while focussing on the company’s core expertise of design, engineering and manufacturing complete Type Approved exhaust systems remains a priority, it has had to react quickly to the changing market-place. Specifically, he explains that: “In addition to stocking large quantities of exhausts, we have invested in designing systems for newer cars and, very often, we have been the first to offer an aftermarket alternative. This has meant that we have had to make our production processes far more flexible.”

The investment necessary has been considerable but it has allowed the company to produce small batches and stock a greater range of exhaust systems, and their related components, while not raising storage costs – something that, ultimately, controls trade prices. 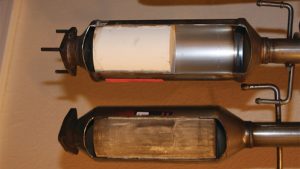 OPPORTUNITIES FOR THE FUTURE

Mr Hannah advises that technicians will be replacing more exhaust systems in the future. Part of this is fuelled by the reduction in newer diesel car sales and the increase of not only petrol hybrids but also three-cylinder turbocharged units that power an increasing number of vehicles in the UK car parc. He explains that: “In order to reduce weight on these eco-focussed models, the exhausts are made from thinner metal. Those fitted to the inherently imbalanced turbocharged three-cylinder engines are subjected to greater vibrations, which place the complicated internal baffles that are required to silence the uneven exhaust gas pulses, under additional stress. In the case of hybrid petrol cars specifically, because the average engine tends not to be running continually, especially in city conditions, the water produced by the combustion process condenses within the exhaust, instead of exiting as steam, causing it to corrode from the inside, out.”

It is little wonder, therefore, that much of Klarius’s growth has been supplying replacement systems for newer eco- petrol models, with the Toyota Prius being among one of the company’s most popular lines.

While replacement catalytic converters and Diesel Particulate Filters have to comply with mandatory Type Approval standards, a British quirk is that the rest of the exhaust system, including the pipe and silencer boxes, do not – unlike the rest of Europe. Rather than existing solely to keep bureaucrats in employment, Type Approval confirms that the aftermarket exhaust system performance standards, including those of noise, fuel efficiency and back pressure levels, must either equal, or better, those set by a replacement exhaust system supplied by a main dealer. 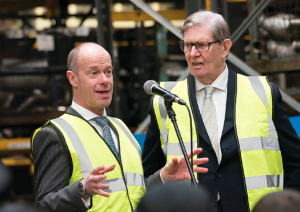 Paul Hannah, pictured left, explains how Klarius Products is preparing for future replacement exhaust system demand, by focussing on
lean and flexible production, investment in new product lines and maintaining its focus on being the only Type Approval producer of complete systems in the UK.

“We recognised that this legal situation was a problem right from our company’s inception,” explained Hannah, “because non-approved exhaust systems were being offered on the British market that we found not only increased fuel consumption and produced higher levels of real-world pollution (with our own testing revealing NOx emissions being twenty times higher and hydrocarbons 50% more) but their fitment also made the car technically illegal to drive on other EU countries’ roads. This is why we insist on fully Type Approved exhausts, only.”

The message appears to be getting through to suppliers. Euro Car Parts and subsidiary companies of the Alliance Automotive Group, for example, will not supply anything other than fully compliant Type Approved systems to their trade and retail customers. 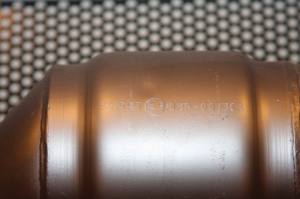 Type Approved catalytic converters and DPFs are now a legal requirement in the UK, unlike complete systems 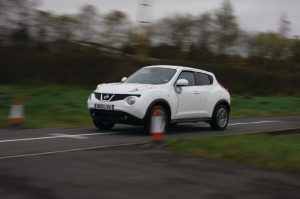 To ensure Type Approval compliance, Klarius tests vehicles both on its own dedicated outdoor facility and on an indoor rolling road, prior
to examining the specification of a main dealer supplied replacement exhaust system.

THE ELEPHANT IN THE ROOM

Some of us with longer memories recall that Klarius Products hit the headlines three years ago, when the firm was accused and investigated for allegedly breaching Type Approval standards.
Is the company being hypocritical today, by continuing to promote such a strong stance on the formal standards?

“Not at all,” insists Hannah, who clarified, “After a considerable and lengthy investigation, the Vehicle Certification Agency’s conclusions matched our initial assertions, in which administrative error was responsible, where certain Type Approval registration documents were not transferred correctly from our former holding company. This had neither technical, nor environmental, implications.”

Klarius also reports that the investigation and experience of working closely with the government agency has benefitted the company’s subsequent procedures, which led to further improvements in product quality and production efficiencies.

Klarius Products remains committed to its goal of being the first aftermarket exhaust company to provide independent factors and repair businesses with alternatives to main-dealer systems that equal, or better, their performance. In the last year, the company has added approximately 500 new parts, equating to 200 individual car models, to its 10,000+ product line.

Klarius is preparing for the future with heavy recent investments in not only its production and warehouse sites but also a new delivery van fleet and achieving ISO 9001:2015 certification for its quality systems, which comes into force this autumn.

Governments may be proud of their sound-bytes of ridding the world of internal combustion, but Klarius proves that its demise is still a long way off.