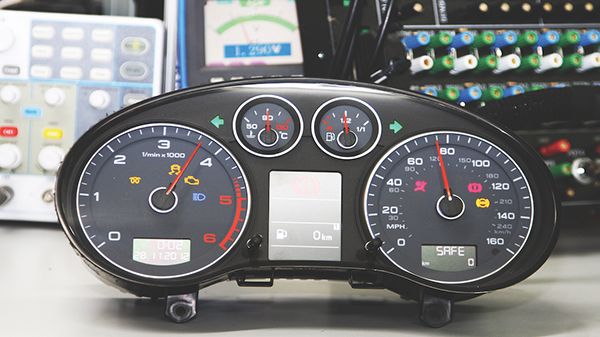 Repair, not replace, is the mantra of the independent garage industry. Workshops help motorists to keep their cars on the road for as long as it is practically reasonable to do so, which makes sound environmental sense, contrasted with premature scrapping.

The same circular economy is applied increasingly to components to reduce waste, use fewer resources and boost value. Although based on North American data, eBay UK estimated last year that, if the quantity of second hand/pre- used parts used for repair increased by 10%, 390,000 car parts would be kept out of landfill, reducing CO2 by 190,000 tonnes. Whether you agree with the accuracy of these approximations, or not, most onlookers would agree that reusing and repairing parts is better environmentally and certainly less wasteful than discarding a repairable component.

DOING WHAT WE DO BEST

Throughout the history of the independent aftermarket, entrepreneurs have developed alternatives to the often frighteningly expensive replacement part from main dealers’ parts counters. As a substitute to fitting used parts in an unknown condition, specialists that could overhaul pre-used parts started to appear in Britain as far back as the inter-war period.

The increasing complexity of the motorcar, especially with the introduction of more advanced electronics (from ECUs to sealed LED headlights) and more sophisticated mechanical systems, brought many onlookers to theorise that the specialist repairer would be forced into oblivion. They were wrong. The repair industry has grown, broadened its remit, adapted into new areas of demand and reverse-engineered its way into new business models. All of which has meant that standards have risen, leading the term ‘remanufacturing’ to be incorporated in our motoring vocabulary – but what does it mean?

‘OE Quality’ is a well-understood term – in theory. In practice, OEMs can make it very difficult for the aftermarket to discover component specifications that denote the quality standard. The only alternative for the specialist is to commission expensive and time-consuming reverse engineering processes to find-out.

However, marketing professionals have created words and phrases to emphasise potential benefits, while fostering further confusion. eBay UK, for example, adopts the term “recycled” in preference to “second-hand” to highlight an environmental benefit of used car parts that are sold on its platform. “Remanufacturing” is also a grander term and is preferred over “overhauled”, “reconditioned”, “reengineered”, “repaired”, and “refurbished”. Yet, differentiating those terms formally from each other is problematic and some organisations that we contacted did not even attempt to untangle them for us.

eBay UK told us that it describes remanufactured (as opposed to recycled) car parts as “those that have been completely disassembled, cleaned and rebuilt. Sometimes, this includes replacing certain components with new parts.” While the ‘Code of practice for the remanufacture of spark and compression ignition engines’ (BS AU 257: 2002) is said in the motoring press to establish the difference between a quality remanufactured engine and a reconditioned one, close examination of the document reveals that it classes “remanufactured” as meaning the same as “reconditioned”!

No wonder that a survey from last summer exposed that some motor trade professionals had difficulties defining the differences between remanufacturing and reconditioning! Even more confusingly, eBay UK judges “refurbished” car parts as the same as “remanufactured”…

Even so, remanufacturing specialist, Shaftec, is one such company that argues ‘reconditioned’ is a term no longer fit for purpose, because: “It does not reflect the sophistication of the process, the core control, re engineering, or testing involved, or the growth of what today is a multimillion-pound global business.”

A NEED FOR CLARITY

The European Remanufacturing Council covers the entire European remanufacturing base from automotive to whitegoods. It told AT that, while the aviation, marine, rail, IT and other sectors use different terms, global policymakers are adopting the term “remanufacturing” to describe the highest form of all processes.

However, in the majority of cases, the remanufacturing process has not required a formal definition but, as remanufacturing has become more popular (especially among OEMs and their suppliers, more official definitions are needed. Creating a harmonised technical standard is not that easy. For example, CENELEC’s attempts to establish a formal classification for the electrotechnical engineering field in 2019 was rejected by three member states. It aims to retry again this year.

While establishing a broad definition is immensely useful, the devil is in the detail. As the European Remanufacturing Council admits, traditionally, remanufacturing definitions have been conducted over many years between businesses. While remanufacturing dictates that a process must be followed and recorded at the very least (such as Disassembly, Clean, Inspect/Replace, Reassemble and Testing), not every company that remanufacturers the same components will replace the same parts, or clean/test to the same standard. Therefore, the same part could have variable quality, or performance levels, even though the remanufacturer complies with the formal definitions.

The engine remanufacturing arena is a clear example of where extra practical detail provides a level playing field. The aforementioned British Standard (BS AU 257: 2002) details the required technical standards and processes clearly, while being enforced by the Federation of Engine Remanufacturers (FER). However, establishing such standards of ‘best practice’ could be a future challenge for other industries.

Over the coming issues, AT plans to look into specific examples of remanufacturing to highlight how these processes and standards are being established and maintained to help reduce vehicle repair costs and waste, while achieving standards that can even overtake those of the OEMs.

WITH SPECIAL THANKS TO:

MERA – The Association For Sustainable Manufacturing (based in North America) – If you’re reading the digital issue, listen to its podcast: HERE