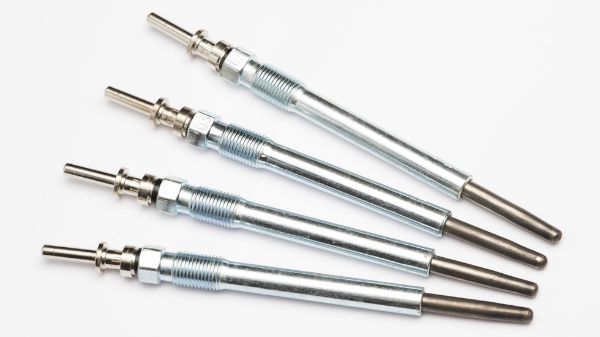 This month marks the start of my fortieth year in the trade, in which we never stop learning. Over the years I have seen many changes and one component that comes to mind is the diesel glow plug.

When I started my career at a Ford truck dealership, the Ford A Series had a manual pump in the cab with which the driver would pump Easy Start into the manifold and after a lot of clattering and smoke, the engine would eventually fire into life.

Another method was a heater element just under the air filter, which diesel would be dribbled onto and would start a small fire, not the best of ideas as many an air filter would end up catching fire.

Fast forward to the present day and we now have glow plugs that have pressure sensors built in to monitor combustion – it is a common misconception that glow plugs are just for starting, I know of some techs that still believe this.

I was asked by a garage to look at a recently fitted glow plug that had failed, resulting in catastrophic engine failure and the subsequent writing-off of the vehicle. The tip of the plug appeared to have dropped out. When I examined the plug, there was evidence of ‘blow by’ up the shaft of the plug as far as the thread. Examining the relevant aperture in the cylinder head revealed a lot of carbon build up. See Figure 1 and 2. 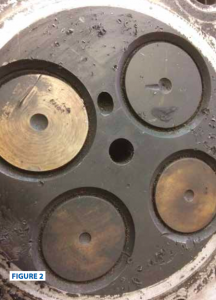 The plug seat and aperture had not been cleaned prior to installation of the replacement set of plugs. The vehicle had covered about 30 miles after the plugs were fitted until the apparent failure of the plug. I had difficulty convincing them that the failure was due to poor installation and not component failure.

The poorly seated plug would have vibrated at every combustion event and it would not take much calculation to work out this would be in the tens of thousands.

Unfortunately, I could not give them the answer they required and with a repair bill approaching £10,000 for a new engine, turbo etc. the vehicle was written off.

Another garage had asked for my advice with an ongoing problem with a Ford Focus 1.6 Diesel, this vehicle had kept going into limp home mode. I asked if any fault codes were stored to which the reply was “Just for glow plugs, but that’s just for starting”. After I had explained that the glow control fault would indeed put the vehicle into limp home they duly set about checking the current draw from the glow plugs.

A week or so later, I received another call from them explaining how they had extreme difficulty removing the plugs and was I sure this would fix the problem. All too often, problems like this are brushed aside due to their difficulty or a lack of knowledge. 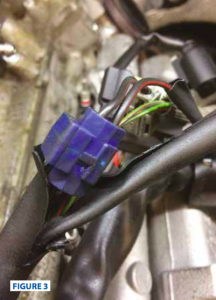 Last month, the glow plug problem raised its ugly head for my own customer. A Mercedes ML came in for an inlet manifold flap motor, which I had diagnosed earlier. It was the first one I had done so I had set aside plenty of time to tackle the job; just as well as it went from bad to worse. I discovered a blue Scotchlok in the wiring to the glow plugs, see Figure 3.

Checking the resistance of the plugs revealed the reason for the temporary repair and attempting to remove the offending plugs opened a further can of worms. We called the customer to explain the problem and how we could rectify it to buy us some more time.

We then called Steve at Pichler Tools and the necessary removal and cleaning kit was with us by 11am the next day – great service as usual. The plugs were removed, seats cleaned and the Merc was back on the road.

I’ve not encountered any of the new pressure sensing glow plugs yet, but I’m sure it won’t be long until a problem presents itself and we learn something new from the experience.