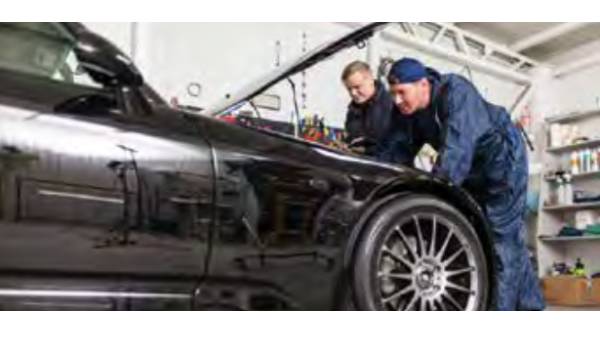 The UK’s car servicing and repair sector grew again in 2016, with turnover rising 2.4% to £21.6 billion, according to figures released by the Society of Motor Manufacturers and Traders (SMMT ). Growth was said to be primarily driven by sustained record numbers of new car registrations and greater reliability, leading to more vehicles remaining on British roads for longer. The increasing level of advanced technology in modern vehicles was also a major influencing factor, says the SMMT.

New research, commissioned by the SMMT from independent consultancy Frost & Sullivan, shows that in 2016, UK motorists increased their annual spending on car maintenance by 1.7% to an average of £707. This was partly due to the replacement of more high-tech components, requiring new skills and equipment to fit. Tyres, lubricants and filters remain the most commonly replaced items, but research shows rising demand for telematics devices and tyre pressure monitoring sensors.

The study indicated consumer appetite for connected services such as vehicle health reports, fault detection and recall alerts and highlighted growing interest in car sharing schemes, forecast to attract some 2.3 million members worldwide by 2025, and e-hailing. Consumers are also increasingly turning to digital services for their maintenance needs, such as comparison websites. It is estimated 100,000 people in the UK are currently using these sites to compare workshop offerings and prices, and this is set to grow significantly. This all makes clear the need for businesses to continue to adapt and increase investment in mobile platforms to remain competitive.