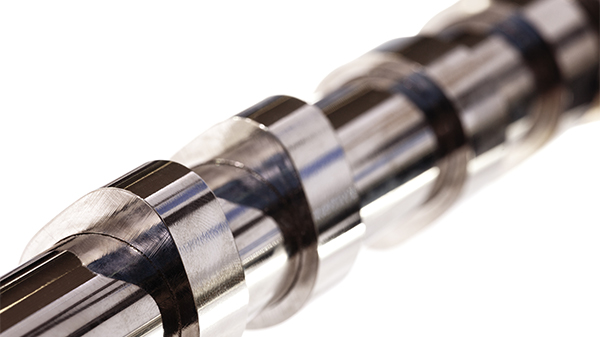 For over 45 years, Autodata has worked closely with manufacturers and workshops to ensure the information they provide to technicians is the most accurate possible to aid in the service, maintenance and diagnostics of vehicles. During this process, it can identify common or unique faults that could prove difficult to solve.

It has found an increasing number of technicians having to undergo costly and time-consuming repeat repair work after a timing belt/chain failure – due to an increasing number of Original Equipment Manufacturers, OEMs, using the assembled camshaft, also known as a hollow camshaft. OEMs have started to favour the assembled camshaft rather than the traditional heavier forged solid cast iron camshaft, to improve fuel economy and help lower emissions.

The assembled camshaft is put together using forged or sintered cam lobes and a hollow steel shaft, which is expanded in the region of the cam lobes, securing them in place. However, a weakness with the assembled camshaft becomes evident after a timing belt/chain failure where valve-to-piston contact has occurred.

Since the camshaft and cam lobes are not of one solid cast iron construction, any unforeseen exertion on the cam lobes can force them to turn, or under severe conditions, twist the hollow steel shaft. It is therefore very easy to complete the obvious work after a timing belt/chain failure, but not remedy the damage

to the camshaft. This is likely to result in non-starting, poor idling, increased emissions and in extreme cases, further engine damage. All of this is frustrating, time-consuming and potentially very costly – both in terms of money and reputation.

These simple checks will assist in identifying the type of camshaft installed: 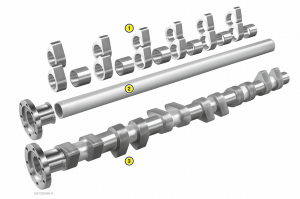 In the event of a timing belt/chain failure, it is now advisable to check if the cam lobes have moved or if the hollow shaft has twisted. To do this, some vehicle manufacturers may issue
a template tool which can be placed over the cam lobes to validate correct alignment. Alternatively, a visual comparison can be carried out, positioning a new assembled camshaft alongside the suspect camshaft. It should be noted that minor distortion in cam lobe alignment can be difficult to spot using this second method.

If these inspections are inconclusive as to whether the cam lobes have moved, or the hollow shaft has twisted, replacing the assembled camshaft should be considered to avoid engine damage from reoccurring.

With any valve timing-related repair, precautions must be taken before the engine is cranked via the starter motor. Rotating the crankshaft by hand two complete revolutions will verify if any valve to piston contact exists.

In the last 12 months the number of technical data updates released in the Autodata online tool exceeded 35,000, encompassing both new vehicles and OEM changes to specifications for previously released vehicles.