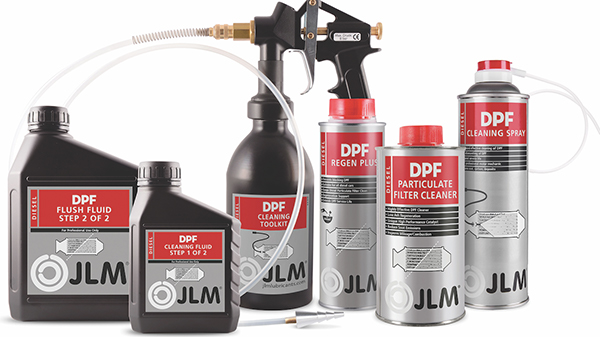 The beginning of the boom – Special feature from Autotech sponsor Kalimex

March was one of our best months with 300+ hours sold in the workshop and 68 MOTs. Then lockdown hit. I had to postpone employing Laura at front of house and Craig in the workshop because he was furloughed by his previous employer. News of the MOT extension followed leading to cancellation after cancellation. From 40 bookings in the first two weeks of April we plummeted to 5. I remember thinking ‘where on earth do we go from here?’

We continued working throughout April, keeping in touch with customers via social media using video and answering their motoring questions. The end of April was the worst on record. 135 hours sold in the workshop and 11 MOTs. Thankfully, we began to turn the corner in May. Cars had been sitting on drives for several weeks, only used for short runs. The impact of postponed services and MOTs was now turning in our favour. The phone began to ring.

Flat batteries; noisy sticking brakes due to rust on the discs. The list went on. We offered to collect cars from those customers in isolation at home. We also noticed an upturn in calls from customers reporting the DPF light had come on. Most had been working from home during lockdown only using their car for the supermarket shop. This wasn’t enough for the regeneration process to complete and keep the DPF Clean.

Some customers had taken advantage of the MOT extension and were now paying for this. They had trouble with the brakes, suspension and other faults that would have been picked up on the MOT and rectified.

DPF problems started coming into the workshop. They were mostly due to a change in driving style, people no longer driving to work and maintenance issues arising from neglecting the annual service. Servicing is important to DPF health. Blocked filters and bad oil can cause the DPF to block.

The green shoots of recovery were emerging.

We finished May with 170 hours sold and 16 MOTs. Granted, nowhere near our success pre-pandemic, but it felt good to buck the downward trend. Towards the end of May things really shifted up a gear and the phone began ringing off the hook for bookings in June. We could finally get Laura back in, which freed up my time.

And now as I write this, we’re in the first week of June and the diary is filling nicely with 35 jobs already booked or on the go.

Some parts are difficult to get hold of with the main dealers closed but this is a short-term problem.

We can now plan on moving our business forward. Craig remains furloughed by his previous employer, so he can’t start yet, but I’m confident we’re a few weeks away from him joining us.

Are customers holding onto their existing car for longer than previously planned? Yes, I would say so. I’ve seen people spending a bit more on repairs in the last few weeks. Usually at this time of year a customer will have a problem with their car and when confronted with the cost of repairs will ask if the job can be delayed as they’re going on holiday. With no holidays planned, cars are being repaired, which in turn leads to cars being kept for longer.

Some customers are telling us their plans for a new car have been shelved for the foreseeable future. They don’t want the additional costs and commitment. And some are a bit better off which works in our favour too. Just this week a customer booked his vehicle in for a service. We reported items on the Vehicle Health Check and he authorised all the work to be carried out saying: “The pubs are closed so I can’t spend the money there so I may as well get it done.”

I think I speak for all mechanics when I say these are trends I’m happy to see continue!

It’s great to be a DPF Doctor, part of Darren Darling’s DPF Doctor Network. Vehicles are coming in with all manner of DPF problems. If you’ve completed the training and followed the process, you’ll find the fault. Most of the DPF problems are due to driving conditions. So, we can clean the DPF and have it back on the road the same day because in 90% of cases, no parts are needed. We use the JLM Lubricants’ range of DPF products and the JLM professional toolkit and they work every time.