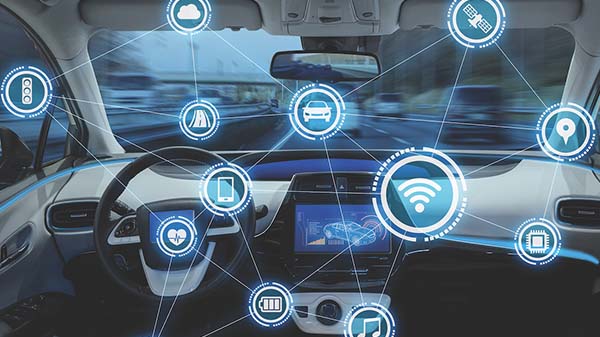 The big issues and their consequences

The trade is undergoing the biggest shake up in living memory, with digitalisation and electrification playing significant roles. Here, the IAAF details its work surrounding the connected car, access to in-vehicle data, how this could affect the automotive aftermarket, and the steps it is taking to ensure a level-playing field.

It also provides an update on its ongoing lobbying in regard to Block Exemption Regulations (BER) which in its current form, ends in 2023. If BER were not to be renewed in the UK, then using parts of OE-quality or matching quality within the warranty period could invalidate a vehicle warranty.

The Independent Automotive Aftermarket Federation discussed the implications of the connected car and access to in-vehicle data in the latest ‘IAAF Insight’, which looks at key trends and opportunities in the automotive aftermarket.

The ‘Connected car’ is able to connect with networks outside the vehicle, such as mobile phones, but also other connected road users in the vicinity for traffic updates, and traffic lights and road signs within ‘Smart Cities’. For now, the interesting exchange of data for the aftermarket is advanced analytics, including predictive failure analysis, driving style analysis and highly accurate analytics on the wear and tear of components.

When this technology is combined with remote access to the vehicle and driver interaction through the car’s interface, predictive and preventive maintenance can be provided. However, the closed technical design of VM in-vehicle telematics systems, together with the lack of ‘an efficient, interoperable access to in-vehicle data and resources’, prevents the automotive aftermarket, and mobility services sector, to realise this digital potential.

The IAAF has added its voice to a large coalition representing the automotive aftermarket in Europe, including FIGIEFA, that is calling on the European Union to take on board a proposal for a Secure On-board Telematics Platform (S-OTP) – allowing access for independent service providers – when legislating on access to in-vehicle data. The European Commission has set a legal framework for remote access to in-vehicle data and functions. It is crucial that such a legislation would preserve a level-playing field for competition.

How could it impact my business?

This gives vehicle manufacturers full control to decide arbitrarily how (mainly aggregated and already diagnosed/ processed), when (latencies), and to whom access to data, functions and resources will be granted.

Through this approach competing providers become dependent on the vehicle manufacturer and are no longer able to compete effectively. Vehicle manufacturers pre- selected data, diagnostics and repair methods would restrict independent providers to ‘duplicated’, redundant services. Innovation, as well as effective competition, will be hampered within the overall automotive sector.

The technically closed ExVe system places the vehicle manufacturer into a role of self-appointed gatekeeper, interposing itself between its competitors and their customers. ExVe thereby enables not only full control of each vehicle manufacturer over its brand-specific aftermarket, but ultimately also full control over all vehicle-related services around the connected and automated mobility.

The lack of independent competition deprives consumers and fleet operators of genuine choice; they become ‘locked-in’ into the digital eco-system of the vehicle manufacturer immediately after purchase, as switching to another vehicle is generally not an option.

The economic consequences of this proprietary means that unregulated ExVe access to in-vehicle data could lead to additional costs for consumers of up to £27billion, and losses for independent service providers of up to £28billion by 2030.

What is the IAAF doing about it?

IAAF, in partnership with FIGIEFA, has alerted the European Union, and more recently the UK Government, on the risks of closure of the independent aftermarket in case the ExVe model would be deployed to the detriment of a solution ensuring fair competition.

The IAAF has called for a “Secure On-board Telematics Platform” (or S-OTP). FIGIEFA also commissioned an independent study with the aim to show that it is perfectly possible to have the highest level of cybersecurity protection, whilst at the same time allowing an independent communication with the vehicle, its data and resources.

Thanks to this work, the European Commission has put on its work programme a legislation on access to in-vehicle data. It is expected that it will publish its proposal by the end of 2021 or early 2022.

Block exemption: The right to repair…

In October 2003, the ‘Block Exemption Regulations 1400/2002′, or BER, came into force to promote fair competition among repair workshops and provide motorists with the choice on where to get their car serviced and repaired, safe in the knowledge that using independent repairers who use OE quality replacement parts, would not invalidate a manufacturer’s warranty.

A consultation by the EU into Motor Vehicle Block Exemption Regulations (MV-BER) began in 2019 and has been examining the effectiveness of the legislation. A forward-looking consultation that goes deeper into the maintaining and possible modernising of MV-BER, to take into account the green and digital transformations in the trade, begins later this year. IAAF, through FIGIEFA, has been active at putting forward the perspective of the independent automotive aftermarket.

The IAAF states ‘the current EU MV-BER still applies in the UK until 2023, but after that, it will be up to UK Government bodies to come up with their own legislation, if they wish to do so. While we expect the UK government to adopt a modernised BER in line with the EU, IAAF has formed UK AFCAR (British arm of AFCAR, the European-wide Association for the Freedom of Car Repair) to lobby UK Government.’

‘If BER were not to be renewed in the UK, then using parts of OE-quality or matching quality within the warranty period could invalidate the vehicle warranty. However, neither the UK government nor the EU can force independent repairers to use only Original Equipment Supplier (OES) parts.

‘For many years, the EU has been very pro-SME and pro- choice and we have heard favourable noises from within the commission supporting our stance. We have to ensure the same happens within the UK Government.’

LKQ Euro Car Parts calls on government to act on ‘monopoly threat’ LKQ Euro Car Parts CEO Andy Hamilton was recently interviewed in The Telegraph, in which he called on the Competition and Markets Authority (CMA) to urgently clarify its plans for what will replace the EU’s Motor Vehicle Block Exemptions, which expire in 2023, outlining his fears that British drivers risk being driven into a monopoly.

LKQ Euro Car Parts has estimated that if the UK does not replace MVBER it could cost motorists an extra £100 a year – and more in the future – given the average cost of franchised dealerships versus independent workshops.

Andy Hamilton, CEO, LKQ Euro Car Parts, said: “Ministers must intervene to expedite the issue. If not, Britons up and down the country will have to fork out £2.4bn in extra costs that go straight into the hands of car manufacturers – many of which charge a large premium for fixing their vehicles. And the UK’s 30,000 independent garages and their 350,000-strong workforce face an existential threat.

“Independent garages consistently rank higher for customer satisfaction than the franchised dealers, offering a local ‘all- makes’ service at a competitive price – critically, which can be flexed depending on the parts the driver is comfortable paying for.”

Hamilton has also argued that the current MVBER regulations, which came into force in 2012, are already open to abuse by automotive manufacturers as newer parts and technology fall outside of its scope. These so-called ‘captive parts’ become subject to mini-monopolies.

He continued: “OEMs are designing systems and products that lock-out third parties, and this practice is especially prevalent in newer areas of technology, like electric vehicles and Advanced Driver Assistance Systems (ADAS).

“This includes practices such as developing codes or software integral to the functioning of a part, but only issued by the OEM – even if the part was developed and made by a major aftermarket supplier such as Bosch.

“The result is mini-monopolies – where independent garages are locked out of repairing and servicing vehicles, and where OEMs can effectively charge what they wish.”

LKQ Euro Car Parts further highlighted a number of other anti- competitive practices used by OEMs to lock-out independents and called on the industry to come forward with evidence that can be presented to the CMA so that tougher UK regulations can come into force once MVBER expires.

Hamilton said: “OEMs continue to withhold bulk Repair and Maintenance Information (RMI) from the independent sector, despite being legally obliged to do so since September last year. This impedes diagnostic tools manufacturers and automotive data publishers from creating products and solutions for new vehicles. And its knock-on effect is to restrict product choice to OEM branded parts alone. Independent garages are sometimes unable to update online service records, which are stored on OEMs’ private servers. This is clearly off-putting for car owners looking to keep a full history.

“Often, drivers are wrongly told that their warranties have been invalidated because a service wasn’t carried out by a franchised dealer, or because it used non-OEM brand parts. Sadly, most transgressions like this and the slow captive parts monopolies that have emerged in recent years have gone unpunished by European or national authorities.

“Allowing MVBER to further dilute and fail would represent the advent of monopoly power in the aftermarket, reducing choice and driving up prices for consumers held to ransom. If you work in the independent aftermarket and have experience of the examples of anti-competitive behaviour I’ve mentioned here, then UKAFCAR wants to hear from you.

“It is a federation of associations and commercial organisations formed to lobby on Block Exemption and other key issues such as telematics data access and cybersecurity. And if your business wants to join this expanding coalition then the same applies. Please get in touch via the Independent Automotive Aftermarket Federation (IAAF) at info@IAAF.co.uk.”

“We hope that by presenting more and more compelling evidence of the abuse of MVBER to regulators today, we can safeguard it and improve it for tomorrow.”