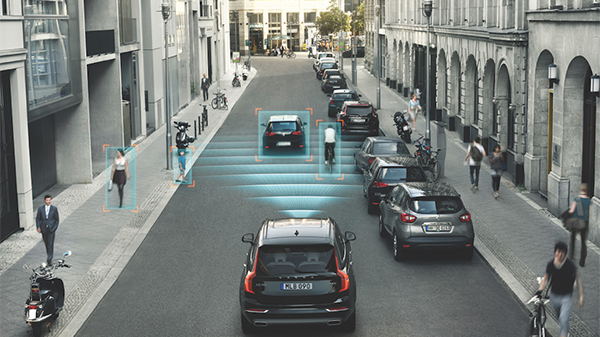 By autotech-nath on December 4, 2018
Article

From trunnions to rolling computer networks – David Wagstaff looks back to the days of helping out in his family’s garage at 14 years’ old and to the future of connected vehicle technology.

The automotive industry is experiencing one of its biggest periods of change ever and my role as technician has changed immeasurably since I started as a 14-year-old in the family business back in the early 80s.

Back then I had a Saturday job, which mainly involved the usual apprentice tasks of cleaning the floor and making the tea. I soon moved on to servicing. The norm was lots of greasing – ball joints, trunnions, propshafts, steering racks – you name it, it probably had a grease nipple. There were plugs and points to check and change and oil changes every 3,000 miles. High tech electronics was installing a radio someone had been given for Christmas, some of which even had two speakers!

The 90s saw catalytic converters with Lambda feedback, ABS systems, alarms and immobilisers and Airbags. Electronics modules now totalled 3 or 4 and we were already seeing people struggling with the technology. Garages that had been used to the mechanical routine of oils and grease now had to get involved in electronics and technology, and for some it was a time to give up. Others relied on aftermarket information suppliers and the books they provided to explain how these systems worked and how to activate and decipher the flash fault codes they produced.

THE MAGIC BOX MYTH IS BORN

Late 90s and early 2000s saw serial diagnostic tools. The early systems barely gave you any more information than the flash codes they replaced, but it looked impressive to the customer that you could plug an electronic gismo into the car and it told you what was wrong with it. It gave those garages that were struggling something to hold onto, all they had to do was buy this tool and it would do all the work for them. They didn’t need to understand the technology and invest the time and effort to learn how to fix them. They believed and perpetuated the myth that these diagnostic tools were all seeing, all you had to do was change the component it pointed to and all would be well. Customers bought into this and instead of these changes leading to an understanding of the technology involved, the job instead was de-skilled, with the perception that anybody could just plug a machine in and have the same end result.

Over the next ten years every new car model that came out had more electronics on-board. Slowly, but surely, every component on the car came under the control of an electronics unit. Features such air conditioning, windows, cooling fans and even seat adjustment had electronics added to improve functionality. The linking of the components together through on-board communication networks allowed information to be shared between modules and the inter- dependence of each module to another meant that pinning down exactly which module was at fault became so much harder. 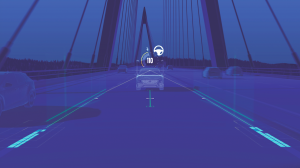 Fast forward a few years and I’m now a Master Technician in a Volvo dealership. My norm is now advanced driver aids, hybrid vehicles, Radar, Lidar, semi-autonomous vehicles, connected service bookings and remote software downloads. I am now more likely to be checking to see if there was an interruption in ‘the cloud’ than looking for a physical fault or checking that a customer’s phone hardware and software is compatible both with their vehicle and their preferred streaming service.

The vehicles we work on have become rolling computer networks with hundreds of modules communicating over different networks and physical layers. As well as performing the task of getting the occupants from A to B, it has now to provide them with entertainment and mobile Wi-Fi to help them keep up with social media on the go. The technology involved is up there with commercial aircraft and increasing with every new model that comes out.

Our need for information and data has changed too. Things like oil capacities and tyres pressures might be useful, but I need in-depth explanations of the design and function of systems, so I can study and understand how a fault in one sub-system will affect another and whether a fault is likely to be physical, software or even located outside the car. As far as I can see, the only reliable source for all this information is direct from the vehicle manufacturer.

Yet has the public perception of our roles changed? Probably not. Many people still believe that somehow this wonder of modern living is still powered by oils and grease, and a quick plug in is all that is needed to fix their problems. Are we as an industry attracting the right people to join our ranks? With the level of technology in modern vehicles is there now a need for people joining to be at degree level for a diagnostic position? Unless we embark on large scale training programs there is going to be a massive skills gap within a few years, but for this to happen, those in charge need to understand the complexities of the role and be willing to seek out the right candidates and provide them with an attractive employment package.

The next few years will see full electric, fully autonomous cars becoming common place. Your vehicle will become part of the Internet Of Things, it will communicate with your home, your workplace and its surroundings in general.

There is no returning to the days of points and grease, but I for one am looking forward to the challenge.