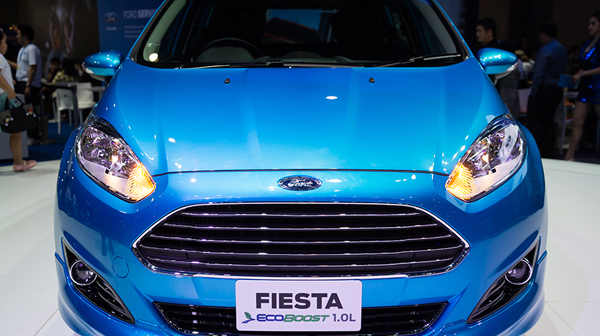 The end of engine downsizing?

To optimize engine performance, turbochargers and associated intercoolers have gone through a major re-development in recent years, to give more power and create a better environment in the smaller engines we see on the road.

“The engine was going to need a lot of energy to drive itself and the car had to carry too much weight. To achieve the same performance in small engines, proper management of valves, camshafts, dampers, ignition and injection is more crucial than ever before. As a consequence, some manufacturers have chosen to remove a cylinder to get three-cylinder engines while lowering the stroke volume. But the engine must still be able to deliver the same, if not higher performance,” explains Nissens Head of Product Management, Steffen Bjerg Jensen.

Fiesta delivers more performance than Porsche 911
The same development takes place with the larger engines that have been lowered from five or six cylinders down to, for example, four cylinders. But these smaller engines have, at the same time, increased in momentum and horsepower. The latest three-cylinder engines surpass older, larger, multi-cylinder engines in performance and consumption. Common to all was that large amounts of air should be supplied from the turbocharger and the intercooler, and it should also be cooled down to get the best engine air density. 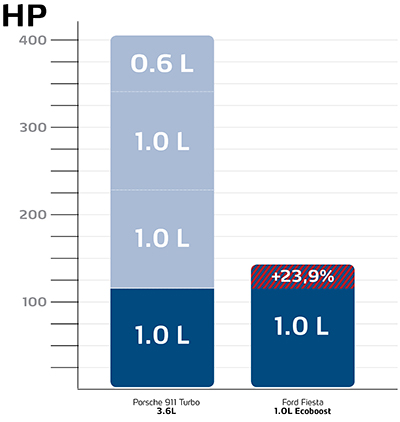 “In order to be able to meet the CO2 emission requirements, the engines are pushed much further than before. A good example is the 3-cylinder, 1.0-litre Ford EcoBoost engine. It produces up to 140 HP. Compare that with a Porsche 911 GT3, with 500 HP and a 4.0-litre engine. That engine only produces 125 HP per litre, compared to the Fiesta’s 140 HP per litre. Suddenly, we have cars in the mini-class where the engine is doing a much bigger job than a supercar. This places great demands on engine management. It also means that the intercooler you place in the Fiesta should actually handle stress better than the one in the 911,” states Jensen.

The end of downsizing
But, according to Nissens, the limit is being reached for how much one can squeeze out of a downsized engine. However, it is not due to performance, revolutions or consumption, but the environment. New requirements for pollution control and stricter EU standards are setting the limit. The constant higher load of a smaller engine means that it cannot meet the requirements for pollution control in the future. Lots of air through a motor provides cleaner combustion, which means that one will see the upsizing of engines again, as there is no room for more air in current engines. However, one can take advantage of the modern advanced management of the downsized engines and use it on the slightly larger engines, combined with more efficient turbochargers and intercoolers.

“It is clear that in the future, the focus will be on optimizing charger and turbo capacities, in order to be competitive while complying with the Euro standards. It is, therefore, extremely important that mechanics and wholesalers look for quality, and not just the fastest and cheapest solution. Because this solution can easily prove to be the most expensive in the long run,” concludes Steffen Bjerg Jensen.
Since 1921, Nissens has developed, manufactured, and supplied a wide range of air conditioning and engine cooling solutions for the independent automotive aftermarket all over the world.