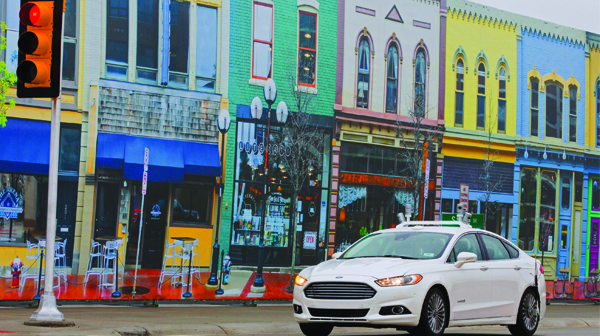 The high tech vision of motoring is upon us

The Queen’s Speech in May stated the governments continued commitment to ensuring the UK is at the forefront of new vehicle technology, including autonomous and electric vehicles – to improve the mobility of the masses, cut emissions and create thousands of jobs in the process. One of the government’s main goals is to develop the right infrastructure to allow modern transportation to flourish.

The introduction of electric car charging points at service stations a few years ago was seen by the ‘non believers’ as a premature move and for motorists who’d invested in an electric car or hybrid vehicle as not nearly enough to support a reasonable driving range. However, more recent investment in the infrastructure and the introduction of over thirty electric models by vehicle manufacturers has resulted in over 70,000 registered EVs on the UK roads and over 11,000 charging points across 4,000 locations, according to www.zap-map.com.

“Ultra-low emission vehicles (ULEVs) have shown a solid and steady growth and this positive trend is set to continue”, said Sue Robinson, Director of the National Franchised Dealers Association (NFDA), commenting on the latest report released by the Department for Transport. In the first quarter of 2016, 11,755 ultra-low emission vehicles were registered in the UK, 1% of all new vehicles registrations. These figures show an increase of 31% compared to last year when ULEVs were accounting for 0.8% of all new registrations, and they were up an impressive 508% compared to 2014 when their new vehicles share was only 0.2%.

Attitudes towards driverless cars are changing

A recent study shows we may be warming to the notion of autonomous vehicles, or ‘driverless cars’, particularly if it means we can grab the occasional catnap!

More than a quarter of motorists (26%) said they would feel comfortable enough being driven by a car with autonomous technology to take a snooze, according to new research carried out by Whatcar.com. Chatting to fellow passengers, browsing the web and even watching TV also came high on the list of likely activities whilst allowing the car to pilot itself.

More than half of new cars sold already have autonomous safety technology on board and several manufacturers, including Ford and BMW, are working on driverless vehicles. Nissan and Renault stated their aim to get at least 10 fully autonomous cars on the road by 2020 earlier this year.

The biggest concern among drivers was that an autonomous car would not be able to avoid an accident, with a third (34%) citing that as their biggest reservation. However, nearly as many (30%) said that their biggest worry was about losing the enjoyment of driving.