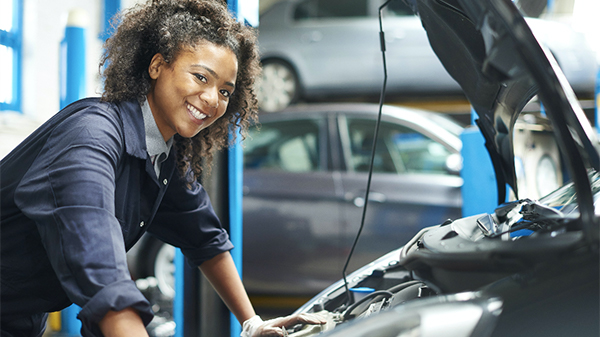 London, 08 March 2019 The Motor Ombudsman, the automotive dispute resolution provider, is commemorating International Women’s Day, a global event celebrating the achievements of women, by unveiling the new “TMO Talks To” interviews feature on its website (TheMotorOmbudsman.org).

The online section is made up of a series of short Q&As which have been designed to give readers a unique insight into the roles of the people that work within The Motor Ombudsman’s nationwide network of businesses that are accredited to its Chartered Trading Standards Institute (CTSI)-approved Motor Industry Codes of Practice. Initially opened to female staff members to mark the annual occasion, they touch on subjects including why the interviewees, such as company owners and the UK’s youngest MOT tester, enjoy working in the automotive industry, career highlights to date, the steps that their organisation is taking to encourage more women into the motor trade, as well as the benefits that they enjoy from being signed up to The Motor Ombudsman.

Furthermore, the articles showcase effective initiatives that have been introduced by garages to help make female drivers feel even more at ease when visiting them, such as networking events, short courses on car maintenance, informative talks and having female technicians on hand for customers to talk to. A poll of 1,000 drivers conducted by The Motor Ombudsman previously showed that 38% of women, versus 26% of men, stated that they put off taking their  vehicle to a garage when they suspected a fault as they felt intimidated. In addition, 29% of female drivers, compared to only 17% of their male counterparts, said they were embarrassed that they could not understand what the fault was. Similarly, 21% explained that they were not confident about their knowledge of cars.

Bill Fennell, Chief Ombudsman and Managing Director of The Motor Ombudsman, said: “We receivemany great reviews on our Garage Finder from satisfied customers that have visited businesses which adhere to our Codes of Practice. However, with this new feature, we wanted to put some of the individuals in the spotlight who are working tirelessly behind the scenes to help deliver these positive experiences that today’s motorists up and down the UK are looking for.”

He added: “Whilst we have initially focused on women to commemorate this worldwide event and to launch the new page, we have received a very encouraging response from our accredited business network who have participated in the initial launch of the new interview series. Therefore, off the back of this success, we will now be updating the page all year round, evolving the questions to discuss other key topics, and opening it up to anyone who works within our accredited business network.”